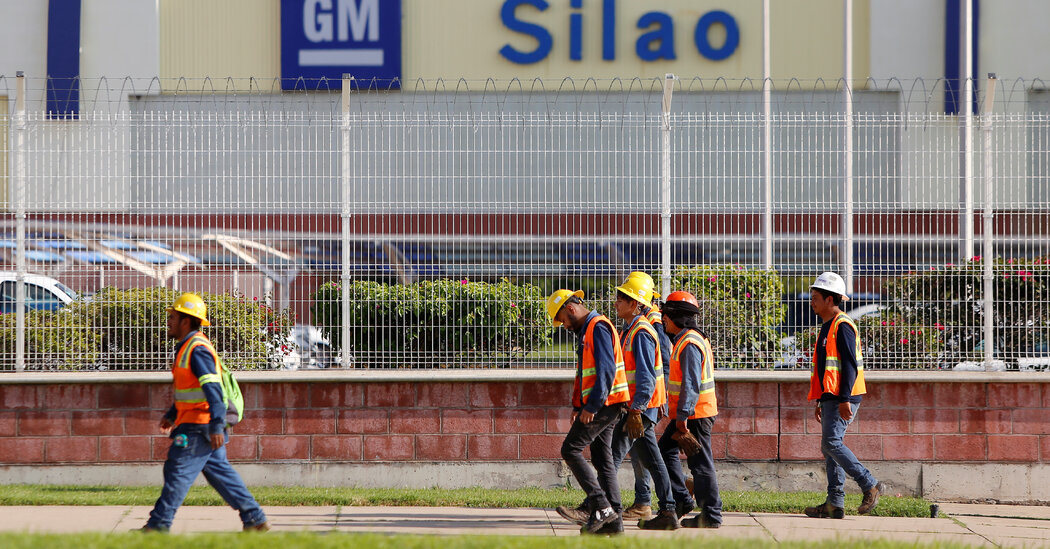 The United States on Thursday reached a deal with Mexico to give workers at a General Motors plant in the country the ability to vote on a collective bargaining agreement in “free and democratic conditions.”

It is the first step toward remediation of a complaint the Biden administration filed in May, using a new “rapid response” mechanism in the United States-Mexico-Canada Agreement, which replaced the North American Free Trade Agreement last year. The new agreement included language giving factory workers in the United States, Canada and Mexico the right to form unions and authorized penalties for factories that violated workers’ rights of free association and collective bargaining.

In a statement, Katherine Tai, the United States trade representative, portrayed it as a win for the Biden administration’s commitment to workers.

“Reaching an agreement with Mexico on a remediation plan shows the U.S.M.C.A.’s potential to protect workers’ rights and the benefits of a worker-centered trade policy,” Ms. Tai said. “Fully implementing and enforcing the U.S.M.C.A. not only helps workers there, it also helps American workers by preventing trade from becoming a race to the bottom.”

The deal comes after the Biden administration asked Mexico in May to review whether labor violations had occurred at the Silao plant, located in the central state of Guanajuato. The administration said it had received information indicating “serious violations” of workers’ rights associated with an April vote on a collective bargaining agreement.

The remediation plan calls for a new vote to be held by Aug. 20, which Mexico’s Labor Ministry will oversee to ensure that the voting area is secure and ballots are safeguarded. If the vote does not occur, the collective bargaining agreement will be terminated, but workers will retain their rights and other unions can negotiate on behalf of workers.

Mexico will send federal inspectors to the plant starting this week and continuing through the vote. Thirty-two inspectors — five times the number who were at the initial vote — will be present, according to the agreement. The International Labor Organization and Mexico’s National Electoral Institute will also send observers to monitor the vote.

The vote was halted earlier this year after accusations that the union and the plant had interfered with it. Mexico’s Labor Ministry said in May that it had found “serious irregularities” in the vote, and it conducted a review in response to the United States’ request. The United States and Mexico started discussions on a remediation plan on June 25.

G.M. said in a statement that it welcomed the agreement and supported the U.S. and Mexican governments’ goal of protecting workers’ rights.

“General Motors is pleased that Mexico has completed its review of the union’s vote on a collective bargaining agreement at our plant in Silao and that the U.S. and Mexico agreed on a remediation plan to support a free and fair vote in August,” the company said.

The revised trade agreement required Mexico to update its labor system, and the country overhauled its labor laws in 2019. One of the biggest targets has been eliminating specious collective bargaining agreements, known as protection contracts, which are reached with employer-dominated unions and lack worker input. Such contracts have been prevalent in the country.

The United States will continue to monitor the fulfilling of the remediation plan and take further action if necessary, the trade office said.

To boost more talented minority executives into the corporate stratosphere, Ariel Investments’ Mellody Hobson wants to install them at the top of existing businesses—and...
Read more