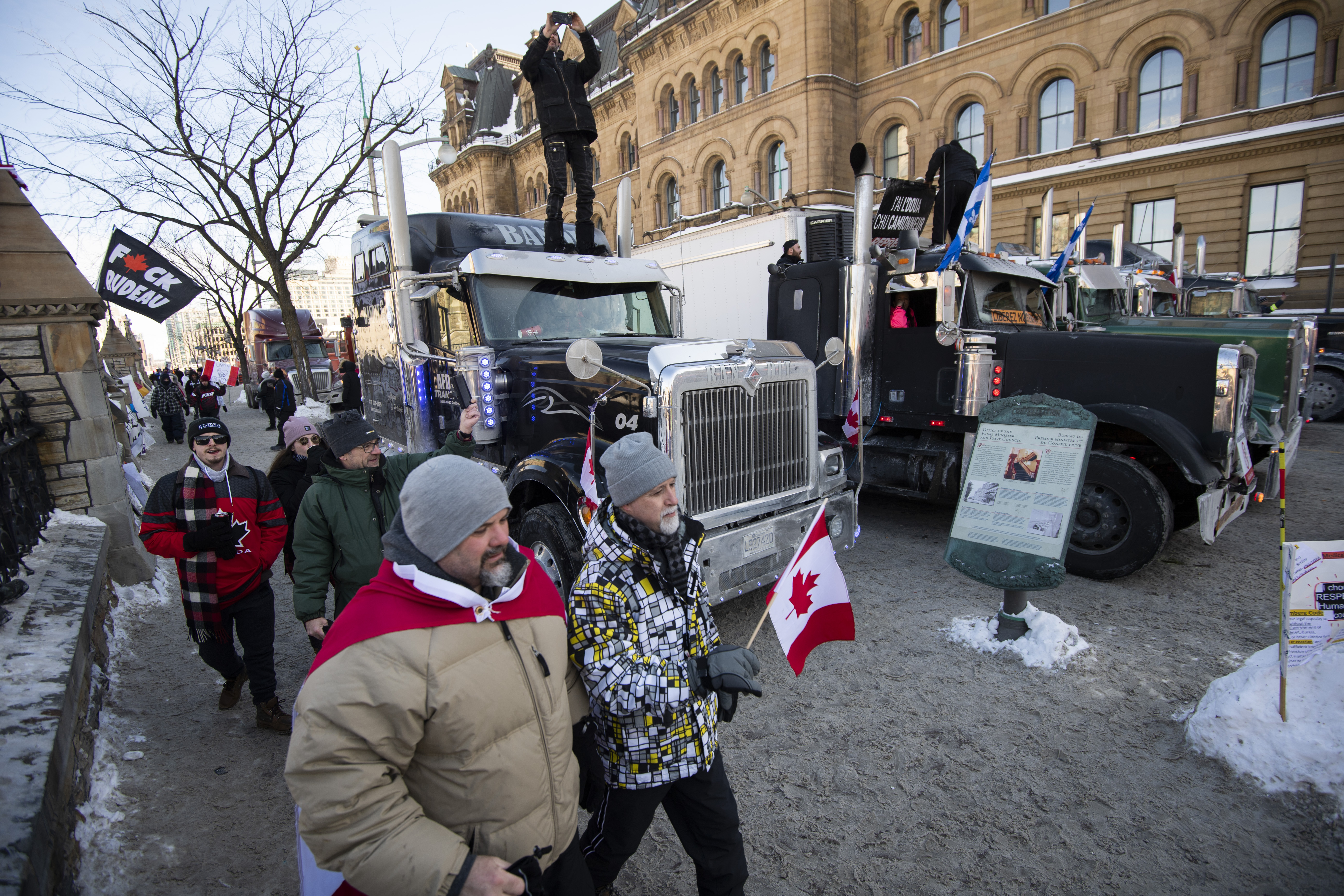 Curling and kick-boxing seem like two sports at the opposite end of the spectrum, but Mackenzie Zacharias, skip of the Manitoba rink at the Scotties Tournament of Hearts in Thunder Bay, Ont., can connect the two.

Zacharias is a kinesiology student at the University of Manitoba who also works as a fitness trainer at a kick-boxing gym. She has spent the last year learning kick-boxing.

Both sports pump up the adrenaline and involve strategy, said the 22-year-old Altona, Man., native.

“Every sport is strategy,” said Zacharias, who needed an extra end to defeat Ontario’s Hollie Duncan 8-7 on Monday afternoon.

“You’ve got to know what combos to use and where to lay those punches.

“Curling has a lot of strategy as well, so you can find some similarities.”

Zacharias looked to have the game against Ontario under control, leading 4-1 after four ends and 6-3 after six ends. Duncan battled back to tie it in the 10th, forcing Zacharias to make a last-rock takeout for the win.

“We had a couple of `What happened there moments’ that caught us a bit off guard,” said Zacharias. “We were able to grind it out in the end.”

Zacharias improved to 3-0, leaving her second in the Pool B standings behind Kerri Einarson’s Team Canada (4-0).

Second Briane Meilleur said it’s too early for Team Canada to think they have a playoff spot locked up.

“We’re just going to keep doing what we’ve been doing,” she said. “We’ve been learning every game. Every game is hard so we can’t take our (foot) off the gas.”

In other games Kerry Galusha’s N.W.T. team scored five in the eighth end for a 13-4 win over Hailey Birnie of the Yukon.

“It feels awesome,” said Crawford. “We feel like we are picking up our performance every game.”

Northern Ontario’s Krista McCarville took advantage of a burned rock to steal three points in the seventh for a 7-6 win over Brigitte MacPhail of Nunavut.

On the play, Nunavut had the potential to score a point but second Kaitlin MacDonald fell while sweeping in the house, touching the stone.

The umpire came on the ice and made the decision to award McCarville the three points, giving her a 6-5 lead.

In other games, the Chelsea Carey’s Wild Card 2 rink stole a point in the 10th end to edge Sarah Hill of Newfoundland and Labrador 5-4 while Susanne Birt of P. E. I defeated Emma Miskew’s Wild Card 3 team 8-7.

Newfoundland and Labrador is 1-3 and Nunavut 0-5.

The Manitoba team is a family affair. Mackenzie’s younger sister, Emily, is second while father, Sheldon, coaches. Karlee Burgess is third and Lauren Lenentine the lead.

“We came really prepared this year,” said the 20-year-old. “We’ve had more women’s games under our belt, we have more experience.

Some families have difficulty driving across the city without squabbling but Mackenzie said the sisters manage to avoid any sibling rivalry.

“We’ve been teammates for a very long time,” she said. “That’s something we kind of figured out pretty early is how to put that stuff behind us.

“When we were little, I’m sure that’s why my parents put as skip and second so we wouldn’t bicker behind the sheet. We’re teammates, we know how to separate that.”

Burgess chucked when asked about the family dynamic on the team. “I do see the sister side of Mackenzie and Emily but they do a pretty good job when it comes to practice or playing to kind of put the sister and dad thing aside,” she said.

Burgess does find it strange when the sisters sometimes call their coach Sheldon.

“I would find it hard to call my dad Craig instead of just dad,” she said.

Due to COVID-19 concerns the event is being staged in an empty arena without fans or media in the building.

This year’s tournament features a modified 18-team draw and the return of the Page playoff system.

The two pools of nine are seeded based on their final standing on the Canadian Team Ranking System as of Jan. 10. There will be an eight-game round robin with the top three teams in each pool advancing to an expanded Page playoff system.

The Scotties champion will represent Canada at the 2022 Women’s Curling Championship in Prince George, B.C., from March 19-27.