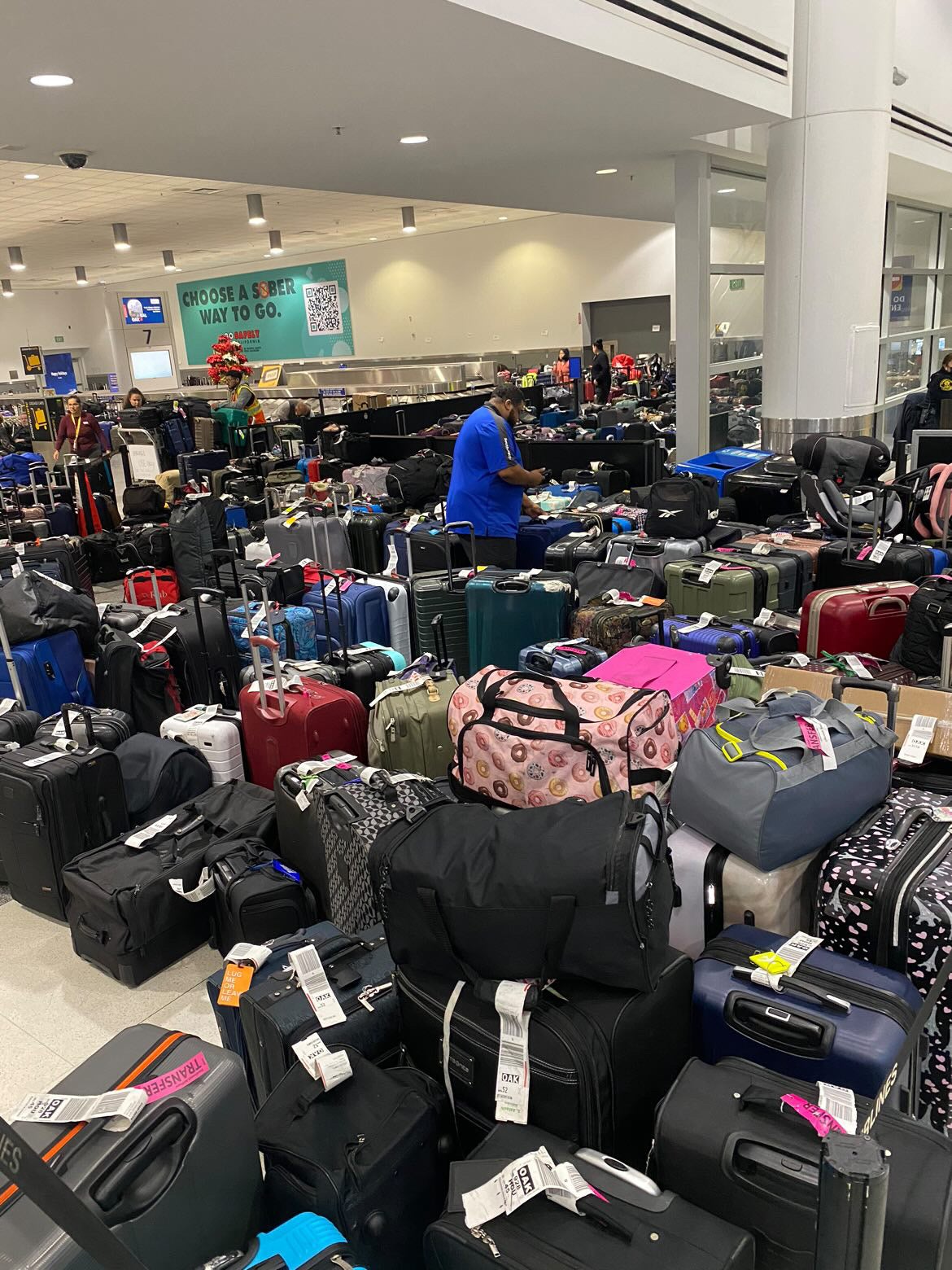 There seems to be a light at the end of the tunnel for some passengers who have felt the pain of lost luggage while traveling with Southwest Airlines amid the nationwide disaster that’s played out over the past week.

One passenger, Patrick Keane, is going viral after literally jumping for joy when he was reunited with his bag following two canceled Southwest flights.

Keane finally received his luggage back home at Midway Airport in Chicago after both flights were canceled out of Denver International Airport, leaving him stranded there for 17 hours.

In the clip posted to Twitter, Keane grabs his bag and lifts it in the air, high-pitched screaming as the rest of the passengers at baggage claim cheer him on.

After two canceled Southwest flights, Patrick Keane was finally reunited with his bag at Midway, and he let the entire airport know how it felt. @cbschicago pic.twitter.com/aB2vZmRySP

He then stands up on the baggage carousel before jumping off and exclaiming “Sorry, it’s been a f—ing week!”

“I would have done the same and probably hugged and kissed mine,” one Twitter user said in response.

Keane is one of the lucky ones.

Thousands of cancellations and delays have left passengers separated from their belongings, including from many flights that never even took off, and resulted in backed-up baggage claim areas across the country with suitcases piled high in terminals.

Southwest’s Chief Commercial officer, Ryan Green, issued a video apology on behalf of the company on social media late Monday night, pledging to do work “day and night” to repair the damage done.

We’ve let our Customers and Employees down, and we pledge to do everything we can to make it right. If you still need assistance rearranging your travel, getting a refund, or tracking down your luggage, please visit https://t.co/II3YgdPy7J. pic.twitter.com/64Fdt8jJPn

“You know by now all of the flexibility and planning that we put in place to deal with the storm just wasn’t enough,” Green said, explaining that the company would now be extending self-service flexibility on its website and told customers that they would be able to request a full refund for canceled flights or significant delays.

As of Thursday morning, 58% of Southwest’s flights for the day (2,361) were already canceled.

Creativity is an essential skill for every entrepreneur. But some businesses require even more creative ideas and energy on a daily basis. If you’re...
Read more

Vernon, B.C. RCMP searching for woman missing over a month

Vernon North Okanagan RCMP is asking for the public’s assistance in locating a woman who has been missing for over a month. Police are searching...
Read more