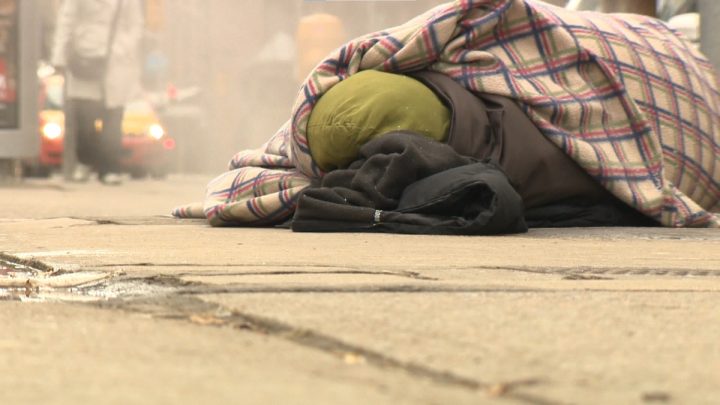 An updated winter response to homelessness, aimed at supporting nearly 400 vulnerable people daily in London, Ont., during the cold winter months, is now underway, officials with London Cares, one of the agencies involved in the coordinated plan, announced Wednesday.

It’s the third year in a row that the city has teamed up with local partner agencies to deliver the plan, which includes drop-in spaces at various locations across the city, along with food, laundry, showers, and other services for those in London who are unhoused.

In a statement, officials with London Cares said the updated plan builds on actions already in place, such as encampment support and outreach, trauma-informed and harm-reduction training for outreach workers, and the provision of essential resources like food, water, showers and laundry.

“Elements of winter response build on current resources with enhancements including more dedicated indoor spaces, a coordinated approach to orientation and training, and an overall approach to ensure a consistent standard of care,” the statement reads.

London Cares has said the program will provide 258 daily drop-in spaces, along with 138 shelter spaces where people can stay overnight, and more than 58 temporary spaces which will be opened up during cold weather alerts.

“Available temporary shelter options will include some spaces for couples and pets, for women and non-binary individuals, for Indigenous community members, as well as daytime and overnight resting and drop-in spaces and plans to activate additional resources for cold weather alert periods.”

No information was released about plans for additional Indigenous-led winter response offerings, but officials said details would come in the near future.

Anne Armstrong, executive director of London Cares, said in a statement that those involved have agreed “to do whatever it takes for as long as it takes to keep our community’s most marginalized safe and sheltered” over the winter.

Accelerated city funding approvals and the cross-agency partnerships were pivotal in kick-starting the winter response on time, she added. The 2022-23 plan is backed by a $5-million funding commitment from the city.

“Hiring this many people this quickly in our sector is always a challenge and the extra runway to hire staff and coordinate extensively with our partners to get it done was key.”

London Cares says the start of the plan comes amid an increase in London’s unhoused population.

Two upcoming meetings, one in December and one in January, will continue efforts to “map a new whole of community system response” to the problem by bringing together various sectors, including social services, business, land and housing developers, and health and emergency services, it said.

Barcode Scanners for Your Business

If you buy something through our links, we may earn money from our affiliate partners. Learn more.Barcode scanners are an invaluable tool for both...
Read more