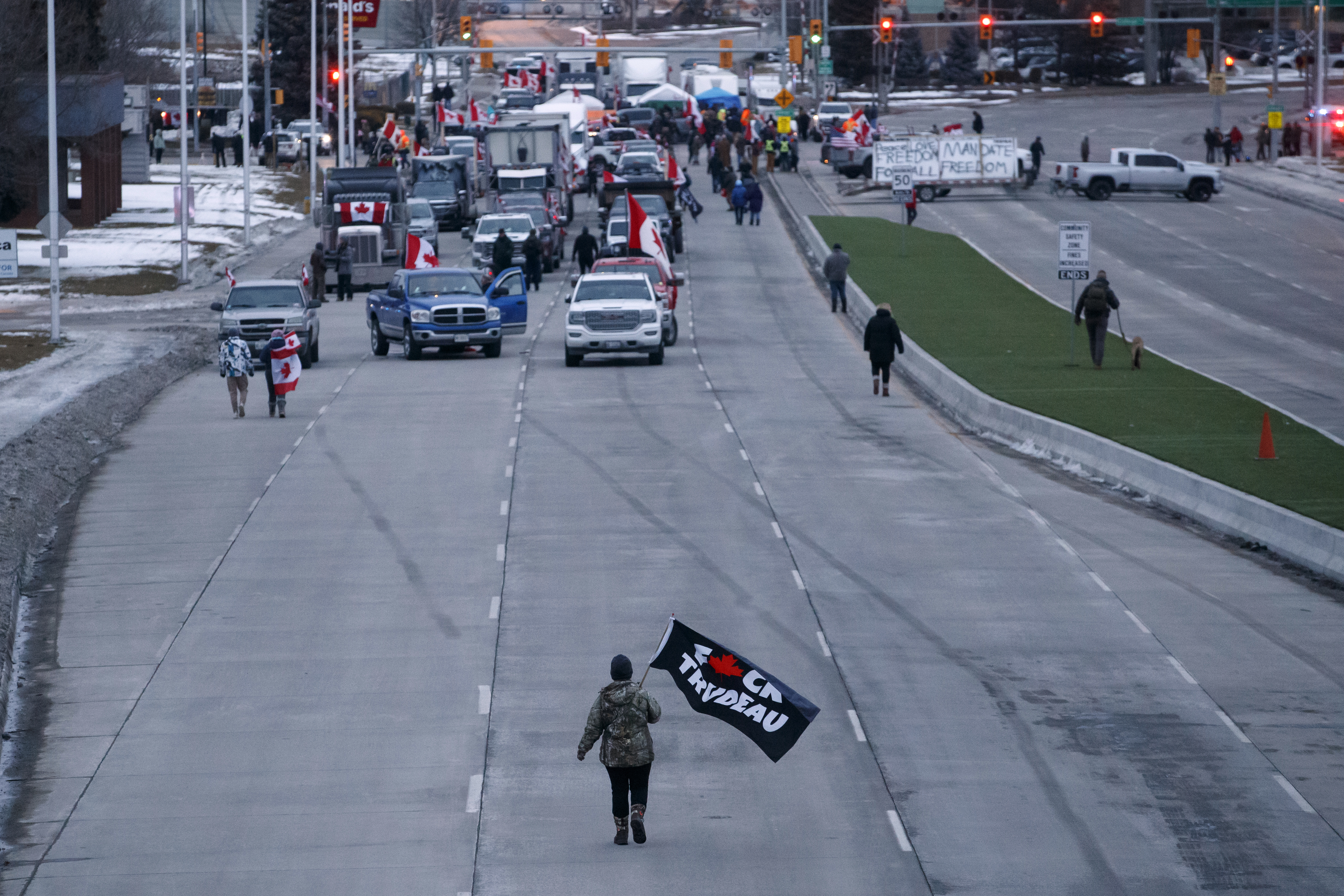 The 329th meeting of the London Knights and the Kitchener Rangers went the way of the Rangers.

Two of the most storied teams in Ontario hockey went blow for blow for 60 minutes, but the final knock belonged to Kitchener in a 6-4 victory at the Kitchener Memorial Auditorium.

London still holds the upper hand all-time at 174-143-14, but the Rangers picked up a very important two points to stay one up on the Sarnia Sting for the final playoff spot in the Western Conference. The Knights are three points back of the Flint Firebirds who vaulted into first place in the West with a 5-4 overtime victory over the Guelph Storm.

London tied the game against Kitchener twice but could not find a way to push in front as the Rangers ended what was a four game winning streak by the Knights.

Canadian athletes to watch at the 2022 Beijing Olympics

The start of the game saw London put a whole lot of pressure on the Ranger end of the ice and five saves from Pavel Cajan. It was Kitchener who got the first goal of the game as Reid Valade picked up a puck at the London blue line, skated in on goal and scored to make it 1-0 at the 5:24 mark of the opening period.

The Rangers made it 2-0 on a nifty play by Adam Zidlicky, son of former National Hockey Leaguer Marek Zidlicky. He carried into the Knights end on a 2-on-1 and slid a pass right to the stick of Joseph Serpa who was left with a tap-in.

London appeared to cut the lead in half before the end of the first, when rookie first-round pick Denver Barkey pulled a puck out of a maze of legs in front and snapped it past Cajan. The play was reviewed and the goal was disallowed due to goaltender interference.

The Knights did get on the scoreboard in the second period when London forward Ruslan Gazizov sent a pass from behind the Kitchener net through all sorts of legs and right to Cody Morgan who ripped in his 16th goal of the season on a London power play and that allowed the Knights to head to the third period down a single goal.

Morgan’s second goal of the game at 6:51 of the third period tied the game 2-2 as the veteran wristed a shot through the legs of Cajan from a sharp angle.

Carson Rehkopf put the Rangers back in front just past the midway mark of the third period near the end of a Kitchener power play. The puck bounced off two legs and Rehkopf snared it and buried it to make it 3-2.

With less than five minutes remaining in regulation time, Ty McSorley blasted a one-timer from the blue line to knot things up again but less than three minutes later Tampa Bay Lightning prospect Roman Schmidt skated in from the left point and found Matthew Sop going to the net to put Kitchener back in the lead for a third time, 4-3.

With just over two minutes remaining, London pulled goaltender Brett Brochu and Valade scored into an empty net to make it 5-3 for the Rangers.

The Knights managed to get within one second later when Camaryn Baber tipped in a shot from the point with 1:41 to go, but Mike Petizian sealed it with a second Kitchener empty netter.

The Knights now lead the season series between the teams 4-1.

Knights captain Luke Evangelista leads the OHL in goals and he may lead all of hockey in another scoring category: Empty net goals per game.

Evangelista scored four empty net goals in three games from Feb. 5 to Feb. 9 which bumped up his season total to nine. The OHL does not have a listed record for most empty netters over the course of a season so the closest reference is the National Hockey League. That record is also nine. It’s held by Pavel Bure but he took an entire season to record as many empty net goals as Evangelista scored in just 34 games.

It’s in the name

Tonio Stranges’ last name shares six letters with the nickname Rangers. While that has little bearing on the success Stranges has had against the Kitchener Rangers, the Plymouth, Mich., native has managed to put up 14 points against Kitchener this season, scoring six times and assisting on eight others.

Stranges is being talked about for something else right now, as well. A highlight reel goal that proved to be the game winner against the Owen Sound Attack is making the rounds. Stranges outraced a defender to a puck, went in alone on Nick Chenard and as he skated past the net sliced back over the right shoulder of Chenard. “I had watched the highlights of the (NHL) All-Star game before we played in Owen Sound and I saw Clayton Keller do it and just thought I would give it a try.”

London Knights: Back in time — the Memorial Cup wait

London will polish off four consecutive games on the road with a trip to Windsor on Saturday, Feb. 12.

The Knights own a 4-1 record against the Spitfires this season. They defeated Windsor 5-1 on Feb. 4 at Budweiser Gardens in a game that saw London excel on the penalty kill against one of the most dangerous power units in the OHL. The Knights killed off 8 of 9 Windsor opportunities on the man advantage.