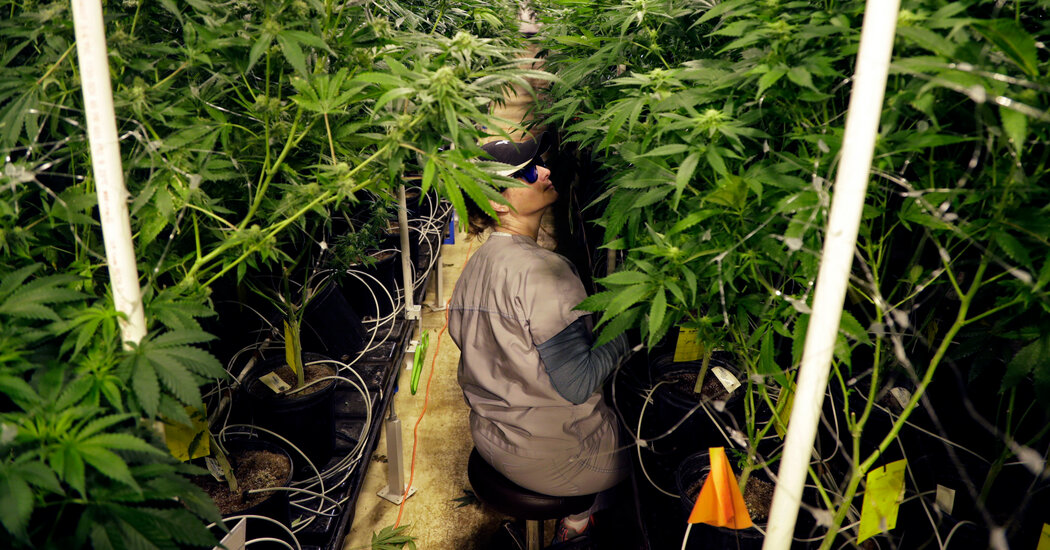 A state commission has granted seven medical-marijuana companies permission to start selling cannabis to all adults at dispensaries.

A year and a half after New Jersey residents voted to legalize cannabis, the state on Monday gave seven medical-marijuana companies final approval to start selling their products to all adults, opening the door to the first legal marijuana sales in the New York City region within a month.

In a meeting held by videoconference, the five-member Cannabis Regulatory Commission ushered in a seismic cultural change, making New Jersey the second state on the East Coast to fully authorize sales of cannabis to all adults.

For years, the state’s medical-marijuana dispensaries had been permitted to sell cannabis only to buyers with permission from a doctor to use the drug as medicine.

Recreational adult-use sales are permitted to start as soon as each of the seven companies pays upward of $1 million in fees associated with the expanded licenses and satisfies other bureaucratic requirements to gain a final license.

“The path to get there does not have to be any specific length of time,” said Jeff Brown, executive director of the Cannabis Regulatory Commission. “It doesn’t have to be 30 days. It can be less. It can be more.”

The commission licensed 13 individual dispensaries, which will be scattered throughout New Jersey, including several that are within a half-hour drive of New York City.

Officials said on Monday that each of the cannabis companies had demonstrated that they had enough supply for both medical and recreational customers.

The companies also had to show that they had a strategy for ensuring patients are not edged out by the expected flood of new customers during the early days of legal sales in the densely populated region.

Adult-use shops that opened in November 2018 in Massachusetts, the first state on the East Coast to permit recreational cannabis sales, were overrun by customers.

“I do expect to see some heavy lines and heavy traffic around some of these facilities,” Dianna Houenou, chairwoman of the commission, said after the votes in favor of authorizing the expanded licenses.

Ms. Houenou, who abstained from voting on the adult-use expansion, said she expected the dispensaries to work with the commission “and the towns in which businesses are located to ensure that local officials are properly informed and ready for potential lines and traffic.”

Smaller entrepreneurs also hoping to open recreational cannabis shops in New Jersey have filed 327 applications for retail licenses since March 15, but decisions about those applicants are not expected for at least another month.

Before the vote, officials from the seven cannabis companies explained plans to offer patient-only hours at dispensaries as well as reserved parking spots for medical-marijuana clients.

“We will have adequate supply,” said Dina Rollman, who leads government affairs at Green Thumb Industries, a medical-marijuana company with three dispensaries in New Jersey.

Its store in Paramus will be reserved for medical-use sales only, she said. Green Thumb’s dispensaries in Paterson and Bloomfield — both of which are within 15 miles of Manhattan — will be open for medical and recreational sales, she said.

Last month, the commission put off making a decision about whether to permit medical-marijuana shops to begin selling products to all adults, citing supply constraints and other concerns. The delay led to blistering criticism from lawmakers eager to open the adult-use recreational market.

Nicholas Scutari, a Democrat who is the president of the State Senate and has pressed for years to legalize marijuana, threatened to hold public hearings if recreational sales did not start soon.

“We need to get the legal marijuana market up and running in New Jersey,” Mr. Scutari said in a statement. “This has become a failure to follow through on the public mandate and to meet the expectations for new businesses and consumers.”

In November 2020, New Jersey voters approved a referendum in support of legalizing marijuana; several months later lawmakers adopted a bill making certain quantities of the drug legal and laying out broad parameters for the new industry.

New York and Connecticut followed suit, legalizing marijuana in part as a way to eliminate the wide racial gap in enforcement. (In New Jersey, for example, Black residents were more than three times as likely as white residents to be charged with marijuana possession, in spite of similar rates of usage.)

The newly created cannabis commission has spent the last year fine-tuning the regulations that will govern the new industry.

Over the last month, the commission has also given conditional approval to 102 companies that applied to either grow or manufacture cannabis. These applicants must now find a location to operate and win approval from the host town before their conditional permits can be considered valid.