Home Business Plan Juul Is Fighting to Keep Its E-Cigarettes on the U.S. Market
Business Plan

Juul Is Fighting to Keep Its E-Cigarettes on the U.S. Market 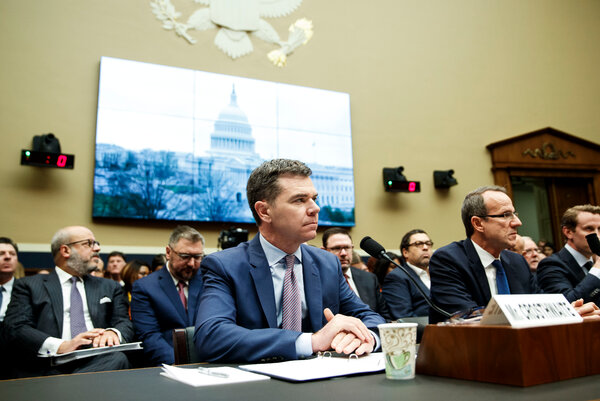 The company faces declining sales and thousands of lawsuits claiming it knowingly sold its trendy vaping products to minors. Soon the F.D.A. will decide whether it can keep selling them at all.

Sales have plunged by $500 million. The work force has been cut by three-quarters. Operations in 14 countries have been abandoned. Many state and local lobbying campaigns have been shut down.

Juul Labs, the once high-flying e-cigarette company that became a public health villain to many people over its role in the teenage vaping surge, has been operating as a shadow of its former self, spending the pandemic largely out of the public eye in what it calls “reset” mode. Now its very survival is at stake as it mounts an all-out campaign to persuade the Food and Drug Administration to allow it to continue to sell its products in the United States.

The agency is trying to meet a Sept. 9 deadline to decide whether Juul’s devices and nicotine pods have enough public health benefit as a safer alternative for smokers to stay on the market, despite their popularity with young people who never smoked but became addicted to nicotine after using Juul products.

“The stakes are high,” said Eric Lindblom, a senior scholar at the O’Neill Institute for National and Global Health Law at Georgetown University, and a former F.D.A. adviser on tobacco. “If the F.D.A. blows it on this one, they will face public health lawsuits.”

Juul is sparing no expense to push back. Last week, the company agreed to pay $40 million to settle just one lawsuit (with North Carolina) out of thousands lodged against it, avoiding a looming jury trial. The company had urgently sought the deal to avoid courtroom testimony from parents and teenagers while the F.D.A. is reviewing its vaping products.

Juul has not made its 125,000-page application to the agency public. But it paid $51,000 to have the entire May/June issue of the American Journal of Health Behavior devoted to publishing 11 studies funded by the company offering evidence that Juul products help smokers quit. (A spokesman for Juul said the editors had rejected one of the company’s submissions.) That fee included an extra $6,500 to have the subscription journal open access to everyone.

Three editorial board members of the journal resigned over the arrangement.

And Juul’s federal lobbying has remained robust. It spent $3.9 million on federal lobbying in 2020, according to the Center for Responsive Politics, which tracks political spending. Altria, the big tobacco company that owns a chunk of Juul, spent nearly $11 million.

Juul’s share of the vaping market has shrunk significantly, to 42 percent last year, according to analysts, from a high of 75 percent in 2018. But some public health experts say they are concerned that F.D.A. approval will lay the groundwork for the company to rise and expand its reach again.

Juul has long denied that it knowingly sold its products to teenagers, and it has been pledging publicly for the last few years to do all it can to keep them away from minors. In its settlement with North Carolina, the company did not admit intentionally targeting youths.

In an interview, Joe Murillo, Juul’s chief regulatory officer, said, “We have a bigger opportunity to convert smokers than ever before, but we will get that opportunity if and only if we continue to combat underage usage and continue to act like the highly regulated company that we are.”

The company is seeking approval for its iconic vaping device, once dubbed the iPhone of e-cigarettes, with tobacco- and menthol-flavored pods in two nicotine strengths: 5 percent, which is equivalent to the nicotine in an average pack of cigarettes, and 3 percent.

The decision is one of a number of critical issues the F.D.A. has been wrestling with — including the agency’s recent approval of a controversial Alzheimer’s drug and decisions on thousands of vaping products made by companies other than Juul — without a permanent commissioner in place. President Biden has yet to announce a nominee.

Recently, a House panel questioned the acting commissioner, Dr. Janet Woodcock, about the agency’s plans for Juul. She said that the agency would base its decision on sound science, and that she couldn’t prejudge the application, which is still under review.

The decision will be based in large part on the answer to two questions: Will more smokers use Juul products as an off-ramp from traditional cigarettes than nonsmokers will use it as an on-ramp to nicotine? And can Juul really keep the products away from kids?

The bulk of Juul’s published research in the journal edition it bought tracks the 12-month experience of 55,000 adults who purchased a Juul starter kit. The researchers, all of whom were paid by Juul, concluded that 58 percent of the 17,000 smokers who stayed in the study had stopped smoking at 12 months. Twenty-two percent remained dual users of both traditional and e-cigarettes but cut their smoking by at least half.

Elbert D. Glover, who was editor and publisher of the journal, but retired soon after the issue came out, said the journal followed its standard protocol for scientists who vet studies before publication.

The steady decline in Americans who smoke has been a public health success story. The rate has dropped from 42 percent in 1965 to 14 percent in 2019. Yet smoking remains the leading cause of preventable death, with some 480,000 people dying from smoking-related diseases each year, according to the Centers for Disease Control and Prevention.

E-cigarettes, which emerged in the early 2000s, were designed to give smokers the nicotine fix they craved without the carcinogens that come from burning cigarettes. But until Juul launched in 2015, no e-cigarette had caught on widely with the public.

Juul’s sleek design and its novel use of nicotine salts in its pods created a high-nicotine, low-irritant experience in mango, mint and other flavors that quickly became a fad, especially among high school and middle school students. Public health officials worried that rather than helping adults quit smoking, Juul was hooking a new generation on nicotine, with potentially harmful health effects on their developing brains and posing other health risks.

Juul’s rapid growth stayed under the F.D.A.’s radar until 2018, when the agency declared a youth vaping epidemic.

“The F.D.A. left in place a wide open, Wild West marketplace around these vaping products and unfortunately Juul and others dove in and exploited it,” said Clifford E. Douglas, director of the University of Michigan Tobacco Research Network. “What took place then screwed up a genuine extraordinary public health opportunity for harm reduction. It’s our obligation to come back to that to serve the public health.”

Mr. Douglas believes that Juul is marketing its vaping products more responsibly now, and that they could play a role in reducing harm to cigarette smokers.

Mr. Lindblom, the former F.D.A. tobacco adviser, has been highly critical of Juul, but believes the F.D.A. cannot take past bad behavior into account.

“The F.D.A. has to evaluate this in a forward-looking way and can’t really punish Juul, but it can certainly take into consideration how popular Juul is among youth,” he said.

Many of Juul’s critics do not believe the company deserves another chance. They are wary of the company’s “reset,” announced in September 2019 when K.C. Crosthwaite, a top executive of Altria, maker of Marlboro cigarettes, became Juul’s chief executive.

Mr. Crosthwaite pulled the plug on some of Juul’s controversial state and city lobbying campaigns. He closed shop in Juul’s foreign markets across the world, except for Britain and Canada, although Juul is still sold through distributors in Ukraine, Russia, Italy and the Philippines. Under public pressure, he took mint- flavored pods, which accounted for 70 percent of sales, off the market. And he suspended all U.S. advertising.

“We must put earning trust at the center of everything we do,” he wrote in an email to company staff last summer.

Critics contend that most of these changes were made at gunpoint — undertaken after the F.D.A. threatened to shut down the business if teenagers continued to have access to Juul.

To these public health advocates, Altria’s purchase of a $12.8 billion stake in Juul in December 2018 makes them even more distrustful.

“The Marlboro man rode into Juul and now wants us to trust them,” said Matthew L. Myers, president of the Campaign for Tobacco-Free Kids.

The Federal Trade Commission is now trying to unravel the Altria-Juul deal, alleging that the two companies entered into a series of agreements that eliminated competition in violation of antitrust laws.

The commission contends that Altria and Juul started as competitors in the e-cigarette markets, but that as Juul became more popular, Altria dealt with its competitive threat by discontinuing its Mark Ten e-cigarette in exchange for a share of Juul’s profits. Both companies have denied the charges.

Even if the F.D.A. approved Juul products, perhaps with restrictions, the company would face considerable business hurdles.

When Juul was forced to discontinue its fruity flavor pods, new competitors, sometimes nicknamed Juulalikes, flooded the vacuum with cheap, disposable e-cigarettes in flavors like Cherry Frost and Dinner Lady Lemon Tart. Altria now estimates Juul’s value at under $5 billion, a fraction of its $38 billion valuation when Altria bought 35 percent of the business in the 2018 deal.

If Juul survives, the company will most likely spend the next few years trying to settle thousands of lawsuits.

Fourteen states and the District of Columbia have sued Juul, seeking money to pay for combating the youth vaping crisis. A criminal investigation of the company by the Justice Department is still underway.

There is also multi-district litigation in a federal court in California, which has combined nearly 2,000 cases under the purview of one judge, similar to the treatment of opioid cases.

Whether there would be any company left to collect from if plaintiffs prevail is up to the F.D.A.