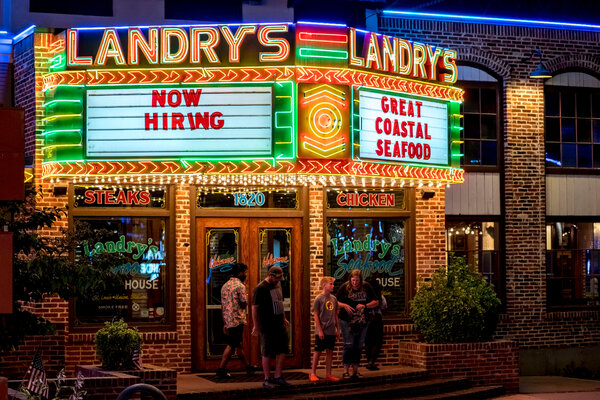 Payrolls surged and wages climbed, both positives for President Biden and the Federal Reserve. But stagnant labor market participation highlights a key risk.

Employers are hiring and wages are rising but the number of people actively working or looking for jobs remains stagnant, a phenomenon that is making it difficult for the Federal Reserve and White House to determine how much the labor market has recovered and how long the U.S. economy will continue to need hefty support.

Employers added 850,000 workers to payrolls in June, a strong number that was buttressed by rising wages as employers scramble to hire to meet surging customer demand. The report gives the Biden administration encouraging talking points, and the Fed a sign that the economy is making progress toward the central bank’s full employment goal.

But the fact that workers aren’t rushing back to the job market injects a note of caution into an otherwise sunny outlook. The labor force participation rate, a measure of people working or looking for jobs, has barely budged in recent months and was unchanged at 61.6 percent in June. It remains sharply down from 63.3 percent before the crisis started.

With displaced workers lingering on the labor market’s sidelines more than a year after the pandemic began — and months into the economy’s reopening — policymakers may need more time to assess how much room the labor market has left to expand and how long it will take.

If many former workers have permanently stopped looking for jobs because they retired or have just given up, it could mean that the labor market will become tight well before employment returns to its former peak. But if those workers are still planning to return to the work force once schools fully reopen and more people are vaccinated — which most economists think is more likely — it means that substantial healing still lies ahead.

That could matter for policy decisions at the Fed, which has slashed rates to near-zero and engaged in a massive bond-buying campaign to keep the economy humming. If the labor market needs to reabsorb a lot of workers as people begin to search for jobs later this year, central bankers may want to keep their policies in full force for longer to help stoke demand and pave the way for a faster recovery.

“They will probably look at the headline number, which is good, but then ask: ‘How much slack is there?’” said Priya Misra, head of global rates strategy at TD Securities. “And that depends on participation.”

The poor performance in the overall participation rate belies some strength in the underlying details. Employers in their prime working years, defined as 25 to 54 in the report, did work or look in greater numbers in June. The weakness came as teenagers worked or looked less and people older than 55 saw no change. And participation for Black workers surged — exceeding the participation rate for white people for just the second time on record. The last time that happened was in 1972.

The fact that employment is rebounding more strongly for a demographic group that is often at a labor market disadvantage, paired with rising wages, helps support the White House’s view that President Biden’s policies and the healing economy are giving people more power over their economic fates.

“Today’s job news brought us something else to celebrate,” Mr. Biden said during remarks at the White House after the data were released.

“That kind of competition in the market doesn’t just give workers more ability to earn higher wages,” he said. “It gives them the power to demand to be treated with dignity and respect in the workplace. More jobs, better wages. That’s a good combination.”

The jobs numbers were also a welcome reprieve for an administration that has been surprised by, and criticized for, weak job gains in previous months. Job gains fell short of analyst expectations in May and April, prompting criticism from Republicans, who said the $1.9 trillion economic aid bill the president signed in March was holding back the recovery — by extending supplemental benefits for unemployed workers through September, which some businesses blame for difficulties hiring workers — and stoking rapid inflation.

On Thursday, Republicans on the Ways and Means Committee taunted Mr. Biden in advance, in a news release headlined: “After two underwhelming jobs reports, President Biden’s June report is make or break.”

The report’s details supported the idea that workers have more bargaining power. Average hourly earnings climbed by 0.3 percent between May and June, matching what economists in a Bloomberg survey had expected. Coming on the heels of two even stronger months, the gain signaled that companies are paying up to hire.

Some reopening-affected sectors showed an especially strong performance: Workers in leisure and hospitality jobs who are not supervisors saw pay pop by a striking 2.3 percent between May and June. Those data confirm other evidence that workers have the upper hand in the reopening economy. The Conference Board’s index showing that jobs are “plentiful” has soared higher in recent months, people are quitting at higher rates, and people report looking for higher wages before accepting a position.

Yet the combination of languishing labor force participation and competing employers could cause trouble for the Fed if they last. Central bankers and most mainstream economists expect workers to come back into the labor market as expanded benefits sunset, households spend down savings piles, summer turns to fall, and schools fully reopen. That influx of labor supply should tamp down wage pressures.

Goldman Sachs economists estimated in a recent research note that participation will recover to 62.6 percent by the end of 2022. That would still be 0.8 percentage points below its prepandemic level, “with the gap in participation primarily reflecting early retirements and demographic shifts.”

If that does not happen, it would leave the economy worse off. Fewer workers mean fewer paychecks, less money flowing through the economy, and ultimately less output.

It would also mean that employers have to continue raising pay rates to compete for a much more constrained supply of workers, and they may pass their rising labor costs along to consumers in the form of higher prices. Such an outcome would spell bad news for the Fed, which is tasked with achieving both maximum employment and price stability.

While inflation has leapt higher this year, with the central bank’s preferred index jumping to 3.9 percent in May, officials have expected that those pressures will fade as the economy gets through an unusual and unpredictable reopening phase. A wage and price feedback loop could change the equation.

“What would be troubling would be very wide, across the economy wages at unsustainable levels without high inflation,” Jerome H. Powell, the Federal Reserve’s chair, said in a June news conference. “That’s one of the old formulas for having high inflation. We don’t see anything like that now.”

The fresh data comes at an important juncture for the Fed. Policymakers are beginning to debate when to slow their $120 billion in monthly government-backed bond purchases, and have said they would like to see “substantial” progress toward full employment and their 2 percent average inflation target before doing that. While price gains have been quick, the job market has been coming up short.

Officials have said they are not yet discussing raising interest rates, but how long it takes to achieve full employment will matter critically for when they do. The Fed has said it wants to achieve maximum employment and inflation sustainably at its target before lifting its main policy rate from near-zero, where it has been since March 2020.

“We have a long way to go,” said Skanda Amarnath, executive director of Employ America, a group that pushes economic policymakers to focus on achieving stronger labor markets. “Part of it is not getting complacent, not taking your foot off the gas and not hitting the brakes prematurely.”

In any case, policymakers will need to watch the data in coming months to get a better grasp on how far the labor market has to heal — and how long that will take. For now, when workers will come back remains the critical wild card.

“The bottom line: there is no doubt that the demand for labor is robust,” economists at Bank of America wrote in a note following the report. “Labor supply remains the challenge.”