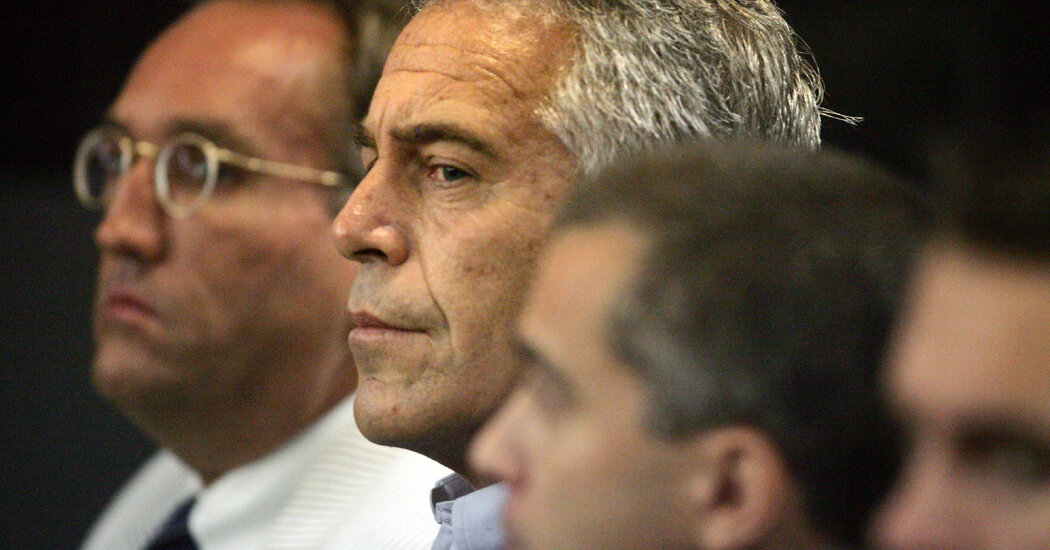 The administrator of the fund said she wanted to approve the final awards before Tuesday — the second anniversary of Mr. Epstein’s death.

The fund created by the estate of Jeffrey E. Epstein to compensate victims of sexual assault by the financier has wrapped up its work by paying out just over $121 million to more than 135 people — far more than expected, according to the fund’s administrator.

Jordana Feldman, the administrator of the fund, which began its work in earnest last August, said she had wanted to get money to eligible victims as quickly as possible because so many of them had been waiting for years. She said she had wanted to approve the final awards before Tuesday — the second anniversary of Mr. Epstein’s death in federal custody of an apparent suicide.

“I really wanted this process to move quickly and in a meaningful and purposeful way,” said Ms. Feldman, a lawyer who also worked on the September 11th Victim Compensation Fund. “I really believe these programs are as much about validation as compensation.”

The money handed out to Mr. Epstein’s victims is considerable when compared with the roughly $17 million that dozens of sexual abuse victims of the former movie mogul Harvey Weinstein were awarded in a settlement approved this year by a bankruptcy judge.

When Mr. Epstein died, his estate was valued at about $600 million. But because he had put much of his fortune into a trust, there were concerns that it could take years for his victims to get any money back from his estate.

The estate’s executors decided to establish a restitution fund to allow accusers to seek compensation, including those who had reached settlements with Mr. Epstein after his 2008 conviction in Florida on a charge of soliciting prostitution from an underage girl. As part of his plea agreement in that case, Mr. Epstein avoided more serious federal charges but was required to register as a sex offender. He was arrested again in July 2019, after years of trying to rehabilitate his image, on charges of sex trafficking of teenage girls. He died a month later in his Manhattan jail cell.

Ms. Feldman said the expectation had been that the fund might get claims from about 100 people. But in the end, about 225 people came forward.

Not everyone who submitted a claim was deemed eligible. Ms. Feldman and her team rejected about 75 claims. In total, the fund was prepared to pay out $125 million, but she said a few people had decided not to accept the awards, allowing them the opportunity to pursue lawsuits against the estate instead.

Ms. Feldman said she could not discuss the specifics of any of the claims because the fund had promised confidentiality and anonymity for all the people coming forward. She also said she could not divulge how many of the eligible claims were for sexual assaults committed after Mr. Epstein completed a 13-month prison sentence in Florida in 2009.

In keeping with the confidentiality of the process, Ms. Feldman said none of the video interviews she conducted with the people submitting claims were recorded. She also said there were no transcripts of those calls — which were done remotely to avoid in-person contact during the pandemic.

Ms. Feldman said she was allowed to contact authorities if she thought a claimant was trying to make a fraudulent claim, but she would not disclose whether she had made any such referrals.

She said some victims received far larger awards than others depending on the extent of the abuse and the amount of corroborating evidence they had to support a claim. She said about one-fourth of the people submitting claims came to the process without a lawyer representing them.

“It is a highly individualized process and not one where you type the number into a computer and everyone gets the same award,” Ms. Feldman said. “It can be heavy stuff. It is intimate, and people are coming in and laying bare this private information that they may not have shared with their own spouse or family members.”

“There was a wide range of people who had multiple years of abuse to people whose only interaction was on a single day,” he said.

He said the process had worked as well as could be expected and was beneficial to victims who wanted to avoid the “intrusiveness of a public trial.”

Ms. Feldman completed her work a few months before Ghislaine Maxwell, a longtime associate of Mr. Epstein’s, is set to go on trial in federal court in Manhattan on charges she engaged in sex trafficking and groomed young girls for Mr. Epstein to sexually abuse.

Mr. Epstein’s estate has shrunk considerably after paying out the victim claims and $190 million in estate taxes owed to the federal government. The restitution fund was financed with money from Southern Trust, one of Mr. Epstein’s main companies in the U.S. Virgin Islands, where he had maintained a residence for nearly two decades.