James Cayne, Who Ran the Ill-Fated Bear Stearns, Dies at 87 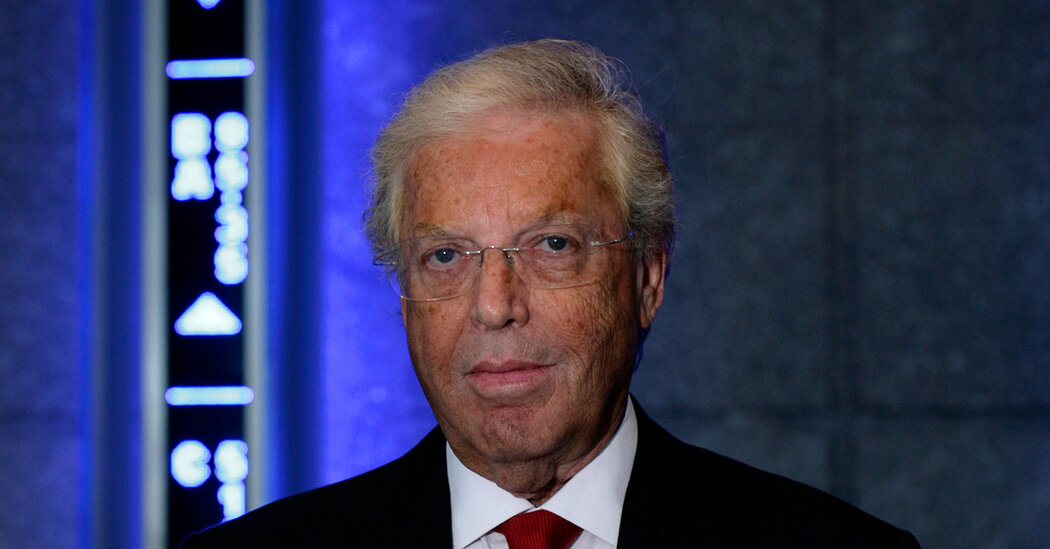 The first Wall Street chief to own a company stake worth more than $1 billion, he steered the company to five years of record profits before it suffered huge losses in 2007.

James Cayne, who was the chief executive of the investment bank Bear Stearns as it lurched into the global financial crisis, died on Tuesday in Long Branch, N.J. He was 87.

His death, at a hospital, was confirmed by his daughter Alison Cayne.

Mr. Cayne, known as Jimmy, was a college dropout who rose to become the first Wall Street chief to own a company stake worth more than $1 billion. A gregarious, cigar-smoking executive who was also a champion bridge player, he steered Bear Stearns to five years of record profits before it suffered huge losses in 2007 from wrong-way bets on the housing market. The company ran out of cash the next year.

As the company’s troubles worsened and two of its hedge funds sank, Mr. Cayne missed critical events, choosing instead to play golf and travel to bridge tournaments, which raised questions about his management. Two months after he stepped down as chief executive, JPMorgan Chase eventually settled on a purchase price of $10 a share to buy Bear Stearns, following a tense process that was facilitated by government officials. Despite Mr. Cayne’s 11th-hour efforts to get a better deal, thousands of employees lost their livelihoods.

The credit crisis that toppled the bank in 2008 would later claim another firm, Lehman Brothers, and send the global financial system grinding to a halt. It also prompted government bailouts for some of the world’s biggest lenders, unleashed a wave of stricter financial regulations, and led central banks to slash interest rates as a spur to economic recovery. Wall Street banks were vilified for the economic fallout from the crisis, and they have since faced sharp scrutiny from lawmakers and the public.

“He stood up in front of all the employees and said he was sorry” after the deal with JPMorgan was struck, Mr. Tese said in an interview. As for Mr. Cayne’s own personal wealth, he recalled: “After it was all over, he said to me, ‘I might have lost the most money ever.’ I said to him, ‘No, you’re probably in the top 10,’ and he laughed.”

James Eliot Cayne was born on Feb. 14, 1934, in Evanston, Ill. His father, Maurice, was a patent attorney, and his mother, Jean, was a homemaker.

He studied engineering at Purdue University but left without receiving a degree. Instead, he joined the Army and was stationed in Japan. When he returned home, he became a traveling salesman dealing in scrap iron, photocopiers and municipal bonds.

In 1969 — after being pressured by his future wife, Patricia Denner, to find a job — Mr. Cayne was hired as a junior broker at Bear Stearns in New York by Alan C. Greenberg, who would go on to become the firm’s chief executive and chairman.

Mr. Cayne’s skill at reading people — in card games or business meetings — helped him climb the ranks, though he was also known for his blunt manner and salty language. In 1988 he was named president of the bank, and in 1993 he was appointed chief executive, pushing Mr. Greenberg aside.

“He could be charming when he wanted to,” Mr. Greenberg wrote in “The Rise and Fall of Bear Stearns,” “and he certainly worked hard at cultivating a friendship with me.” In that book — published in 2010, four years before he died — Mr. Greenberg portrayed his successor as a bully who was hungry for money and status.

By contrast, Mr. Cayne won fierce loyalty from his supporters, including Alan Schwartz, who succeeded him in 2008 to become the final chief executive of Bear Stearns. Mr. Schwartz, who is now the executive chairman of the investment firm Guggenheim Partners, said in an interview that Mr. Cayne “had one of the most brilliant, most powerful minds I’ve ever interacted with.”

After his retirement from Bear Stearns, Mr. Cayne dedicated much time to bridge, which he was still playing online the week before his death. He won more than a dozen North American titles and also played in the world championships, his daughter Alison said.

In addition to her, he is survived by his wife; another daughter, Jennice Schenker; his sister, Merel; and seven grandchildren. His first marriage ended in divorce.

“He understood, at the end, that the buck stopped with him,” Alison Cayne said. “He made peace with the fact that he was not going to be able to change people’s perception of what happened.”