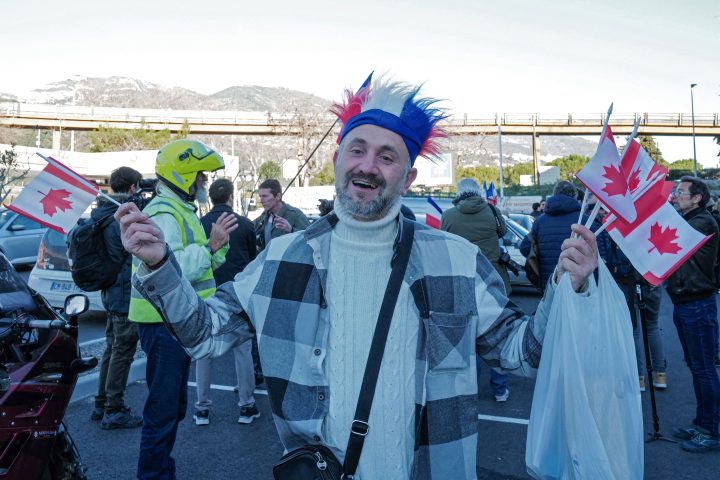 Two million Quebecers — roughly a quarter of the province’s population — have been infected with COVID-19 since the start of the fifth wave of the pandemic in December, Quebec’s interim public health director said Wednesday.

“It’s a lot,” Dr. Luc Boileau told reporters, adding that the number is an estimate based on government health data.

“It signifies that in all probability, about 25 per cent of the province was infected recently. And if we add those infected during the four preceding waves, we’ve surpassed 40 per cent and are closer to 50 per cent (of Quebecers) who’ve been infected in the past two years.”

Nearly one million infections have occurred since Dec. 31, Boileau said.

The government on Tuesday presented a road map to gradually lifting restrictions over the coming weeks, with most expected to be gone by March 14 — except mask mandates and the vaccine passport system. Boileau said Wednesday he is confident the reopening will go smoothly.

While provinces such as Alberta and Saskatchewan have stopped requiring residents to show proof of vaccination, Boileau said the passport system will remain in Quebec until at least mid-March. The decision to stop using vaccine passports will be linked to the COVID-19 situation in the province, he said.

“It is expected to be well controlled by March 14,” he said about the fifth wave.

“We’ll see then if it’s still a lever that has all the efficacy it has had in the last few months,” Boileau said of the passports. “Mostly it’ll be related to the epidemiological situation and the progression of this wave.”

Meanwhile, Quebec reported 31 more deaths attributed to the novel coronavirus on Wednesday and a 32-patient drop in COVID-19 hospitalizations. The Health Department said 2,348 people were in hospital with COVID-19, after 178 patients were admitted in the past 24 hours and 210 were discharged. There were 171 people in intensive care, a drop of seven patients.

“Projections are based on data collected up to Feb. 4, 2022,” it said. “The effects of the lifting of health measures over the past two to three weeks are not yet fully observable.”

Over the past few weeks, the government has eased some restrictions, such as the ban on indoor dinning at restaurants.

Boileau said health officials will keep a close eye on the progression of cases. There could be a rise in hospitalizations as restrictions are loosened, he said, adding that he was confident the health system would be able to manage.

Authorities said they were monitoring the new Omicron subvariant of the novel coronavirus, dubbed BA. 2 by scientists.

Dr. Jean Longtin, a Health Department doctor, told reporters the new mutation was about 30 per cent more transmissible than the Omicron variant.

He said the subvariant has been detected in Quebec, but he added that while it is more contagious, it is not more severe.