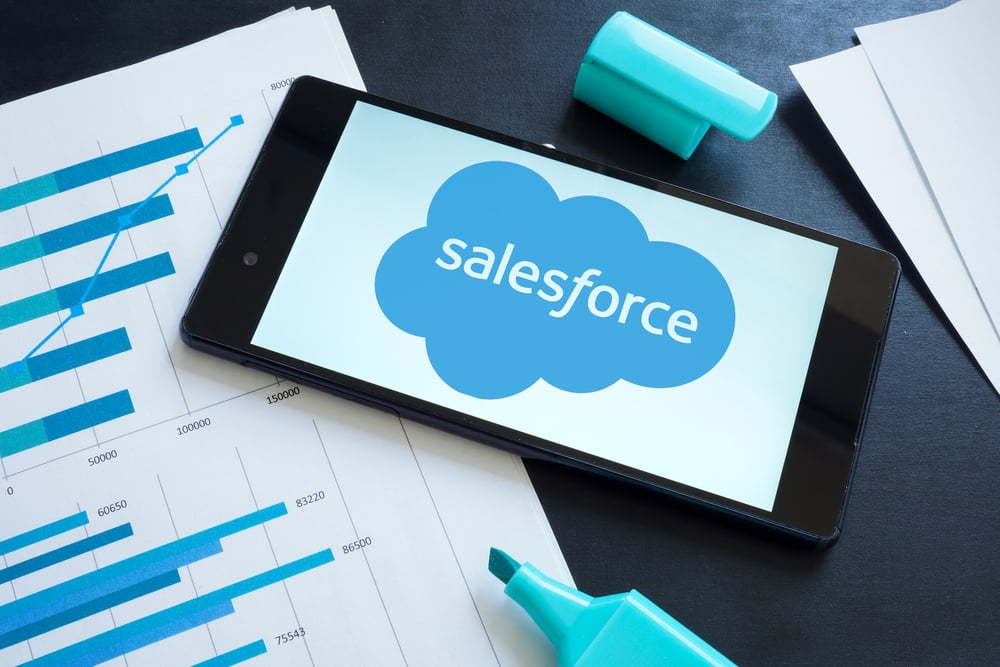 Customer relationship management software giant Salesforce (NASDAQ: CRM) shares tanked (-10%) on a bullish Q3 2022 earnings report but Q4 guidance was mixed. The Company beat analyst expectations as shares initially popped but then sank upon the announcement that Salesforce Co-CEO Bret Taylor would step down and Marc Benioff would resume the role of CEO as well as Chairman. Meanwhile, peers like Workday (NYSE: WDAY) and Splunk (NASDAQ: SPLK) managed to gap higher and rally on their earnings. The market clearly has a problem with founder Marc Benioff returning to the helm as it fears a return to the growth by acquisition strategy of the pat. Additionally, the strong U.S. dollar continued to take a toll of (-$300 million) in the quarter with a projected (-$900 million) headwind for the fiscal full-year 2023 expected. The Company has remaining performance obligations (RPO), which total contract values not paid yet, of $40 billion. The current RPO is at $20 billion, which is the subscription revenues they expect to receive from existing customers in the next 12 months. The nice thing about contract subscription services is the visibility it provides for cash flow and the effects of normalization. Investors are pondering whether the market has overreacted to the news and if Salesforce shares are in bargain territory as they trade below pre-COVID levels?

The weekly candlestick chart for CRM shows a continuation of its falling price channel ever since the inverse pup breakdown occurred in August 2022 through the $184.22 level. Shares fell back down through weekly 20-period exponential moving average (EMA) as the weekly 50-period MA resistance continued lower. The weekly market structure low (MSL) trigger forms on a breakout through $158.02. The weekly 20-period EMA resistance nearly overlaps with the MSL trigger at $158.91 followed by the 50-period MA at $182.30. The reaction to the Q3 earnings prompted shares to fall back below the 20-period EMA on nearly triple the volume from the prior week. If the swing low breaks at $136.04, then pullback supports sit at $130.04, $125.12, $120.15, and $115.29.

On November 30, 2022, Salesforce released its fiscal third-quarter 2023 results for October 2022. The Company reported earnings-per-share (EPS) profits of $1.40 versus a profit of $1.22 consensus analyst estimates, an $0.18 beat. Revenues grew 14.2% year-over-year (YoY) to $7.84 billion, beating analyst estimates for $7.83 billion. RPO ended Q3 at approximately $40 billion, a 10% YoY increase. Gross margin held up at 70%. Salesforce Co-CEO Mark Benioff commented, “We closed some amazing deals in the quarter with great companies like Bank of America, RBC Wealth Management and Dell and other great stories, and I’m also going to get that into a moment as well. And even with purchase decisions receiving greater scrutiny, we continue to gain market share and close marquee transactions. IDC recently ranked Salesforce as number one in CRM. And now we’ve done that for nine years in a row.”

With Bret Taylor leaving at the end of January 2023 to pursue “entrepreneurial roots”, analysts are concerned with Marc Benioff taking the reins. His strategy in the past has been one of acquisition upon acquisition. This strategy concerns analysts like Dan Ives at Wedbush as he felt Taylor was a mainstay in the Salesforce strategy and his departure came as a shocker. He said it wouldn’t surprise him if Marc Benioff returned to his old strategy of more mergers and acquisitions in the cloud sector to combat Microsoft (NYSE: MSFT) in the cloud and business collaboration segment. Past acquisitions include Slack, Mulesoft, and Tableau. Dan Ives continued to keep an Outperform rating but lowered his price target to $200 from $215 per share. Stifel analyst Parker Lane maintained his Buy rating but also lowered his price target to $175 from $185 per share.

Salesforce is a part of the Entrepreneur Index, which tracks some of the largest publicly traded companies founded and run by entrepreneurs.

Genevieve Cragg is pleased to see charges laid in the tragic tugboat incident in 2021 that claimed two lives, including her son Charley’s. “It’s not...
Read more