Is Canada dropping its COVID-19 guard too quickly? Experts weigh in 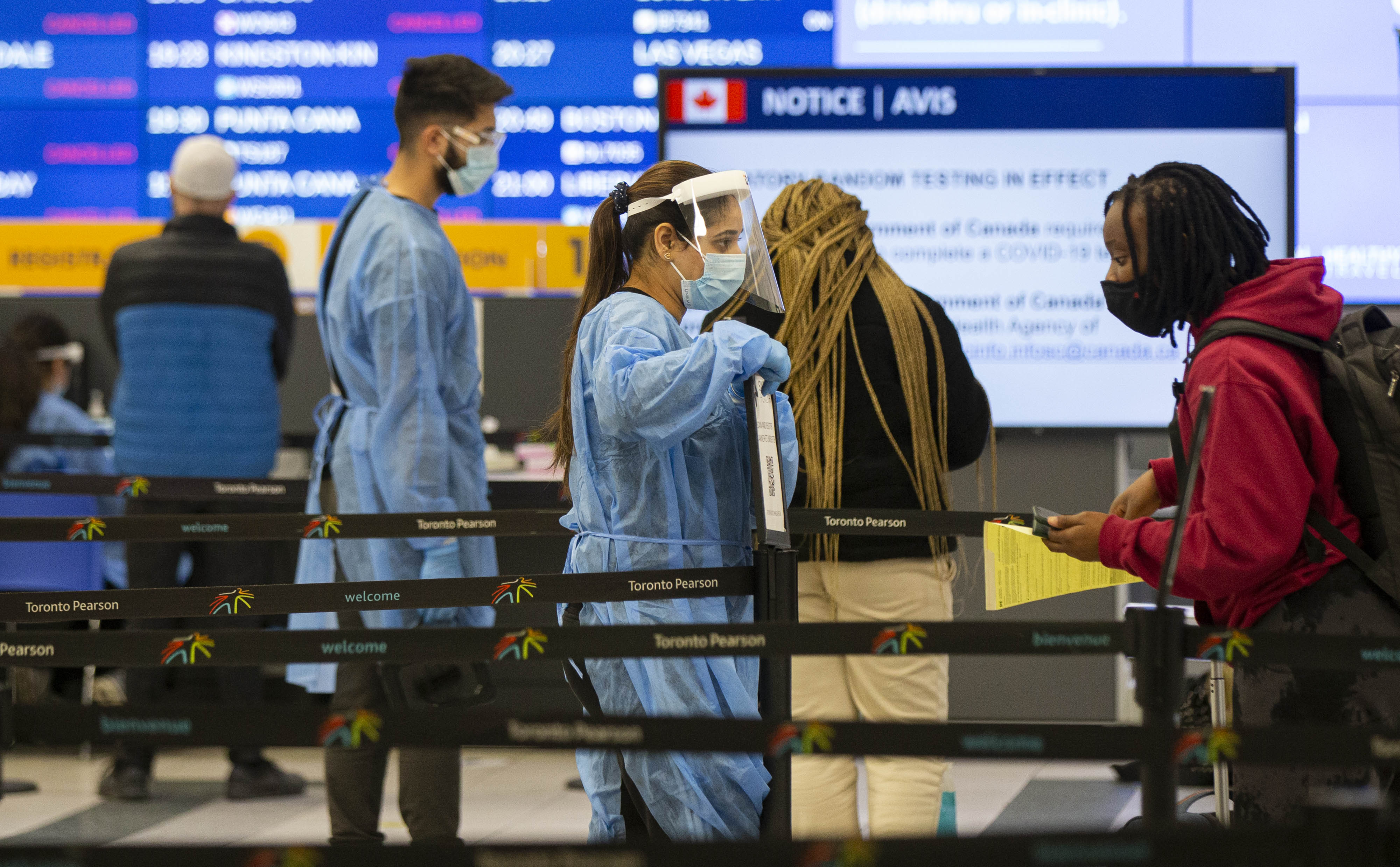 As COVID-19-related public health restrictions continue to ease across Canada, experts are split on whether officials are letting their guard down too quickly.

The federal government is expected to announce Thursday that it is ending pre-arrival testing requirements for vaccinated travellers entering Canada by April 1, sources tell Global News.

The decision comes as nearly all remaining provincial mask mandates are set to be lifted across the country by Monday, with plans to eliminate all remaining restrictions by the end of April.

While experts say they welcome the end of pre-arrival testing, they are wary about what lifting other public health measures could mean for the pandemic in Canada — and whether governments will bring them back if needed.

“For all we know, this is a temporary ceasefire in the pandemic,” said Kerry Bowman, a bioethicist and assistant professor at the University of Toronto.

“If it is, then we all need a break and we should have that break. But if there is a need for restrictions in the future, they need to make sense for that future moment, not for what worked six months ago.”

Bowman pointed to the decline in COVID-19 cases, deaths and hospitalizations nationally, which have indeed fallen from the record-breaking totals seen at the peak of the Omicron variant wave in late December and early January.

But those figures have continued to plateau for the past two weeks after stalling at levels higher than past “ceasefires” between waves.

There are still more than 3,700 people in hospital due to COVID-19, including over 400 patients in intensive care, while the country’s average daily death toll remains above 50.

Despite that, provinces are moving quickly to lift restrictions. Ontario and Nova Scotia will end their indoor mask mandates for most public settings on Monday, joining almost every other jurisdiction except for Quebec and Prince Edward Island, which are aiming for an April end to their mandates.

Capacity limits and moratoriums on large events have also been eased or eliminated entirely across most of the country, while vaccine passport systems are also ending.

Epidemiologists, meanwhile, are predicting a potential bump in cases, or “wavelet,” that could occur in the spring as people start to gather together more.

Yet they also acknowledge that the combination of Canada’s high vaccination rate — more than 80 per cent of the total population have received two doses, while nearly half have been boosted — and previous infection due to Omicron will limit another health-care system surge.

0:34
COVID-19: Ford encourages those concerned with lifting of mask mandate to continue wearing them

COVID-19: Ford encourages those concerned with lifting of mask mandate to continue wearing them

Dr. Sumon Chakrabarti, an infectious diseases physician with Trillium Health Partners, says having that “wavelet” hit in the next couple of months could be a best-case scenario.

“We should remember that in temperate climates, you occasionally see a small bump in respiratory infections near the end of the winter,” he told Global News in a previous interview.

“If you’re going to have a bit of a bump, you want that to happen as far away from the start of winter as possible. In the springtime … the impact on the health system is going to be much less.”

What could trigger a return to restrictions?

Federal health officials have said only the appearance of a more deadly variant of COVID-19 could trigger a return to restrictions.

But chief public health officer Dr. Theresa Tam said earlier this month that even if such a variant arrives, there are more treatment options for COVID-19, including the recently approved Paxlovid antiviral drug from Pfizer, as well as more access to rapid tests and a better understanding of how the virus works.

She told reporters at a March 4 COVID-19 update that with all of those measures, “we’ve got to be able to go into the fall and winter season, or indeed the next wave if it should come in between, with much more ability to respond without those really severe restrictions. That is the goal.”

Yet other experts warn such a variant may already be here. The Omicron BA.2 subvariant, which is more transmissible than even the highly infectious original Omicron variant, has been rising in western Canada and is believed to be behind a recent surge in cases in the United States.

Dr. Gerald Evans, a professor at Queen’s University who specializes in infectious diseases, says masking and capacity limits should remain in place until the full impact of BA.2 is known.

“I think it’s just been rushed a little bit too quickly,” he told Global News. “If we’re not quick to reduce restrictions … we could probably keep that BA.2 wave down a little bit.

Provincial leaders and public health officials have warned that the easing of restrictions does not mean the pandemic is over, and say data will determine their response to future outbreaks.

“Public Health will continue to closely monitor data that informs our public health response, including COVID-19 cases, hospitalizations and the emergence of new variants of concern,” a statement from British Columbia’s health ministry said.

Similar responses were provided to Global News by the health ministries in Ontario and Alberta. Other requests for comment were not returned before publication.

Bowman says the end of the pre-arrival testing program has less to do with a decline in cases and hospitalizations than eliminating a measure that did little to stop the spread of COVID-19 in the country.

“Ninety per cent of the spread was already occurring inside the country, so the idea that we were going to stop the spread by testing before arrival never made much sense,” he said.

The planned continuation of rapid testing to detect new variants, on the other hand, will prove to be much more effective, he added.

Going forward, Bowman said it’s possible more provinces will allow people to make their own choices on what measures to follow in order to protect themselves, rather than mandating measures to protect all of society.

That, he added, would make more sense for the new reality of the pandemic and restore public trust.

“It’s just a different way of thinking,” he said. “We’re very divided right now. As long as people treat each other with respect, regardless of their choice to wear a mask or stay home, I think it could work.”

How To Improve Remote Work Efficiency

Running a business remotely might be a growing trend, but that does not make it an easier job. The task at hand involves connecting...
Read more