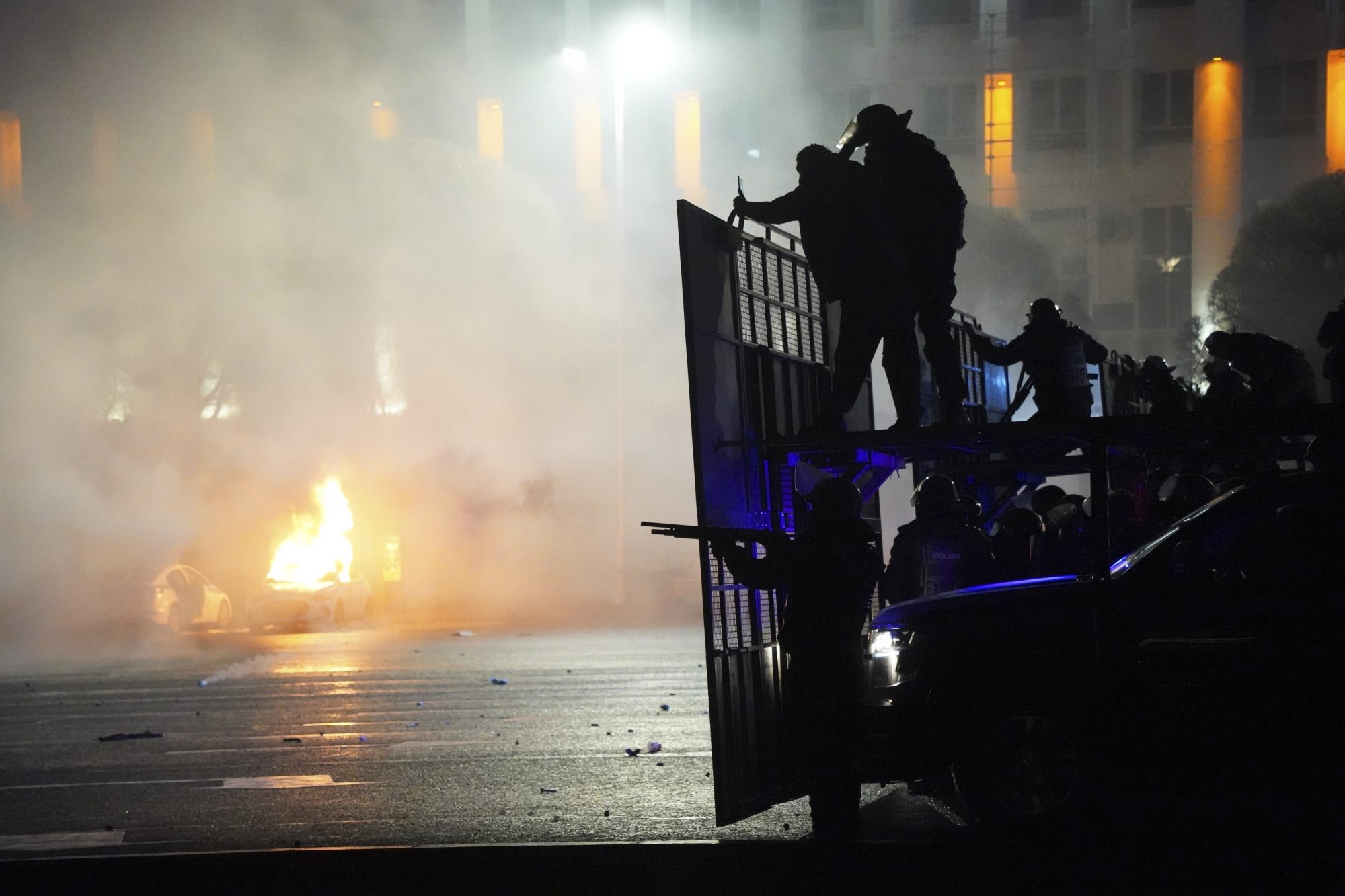 Indonesian prosecutors on Wednesday demanded a life sentence for a top terror suspect who eluded capture for 18 years and accused him of masterminding a series of deadly attacks in the world’s most populous Muslim nation.

Aris Sumarsono, 58, whose real name is Arif Sunarso but is better known as Zulkarnaen, sat impassively as the prosecution announced the sentencing demand before a panel of three judges in East Jakarta District Court in a session that was held remotely due to the coronavirus pandemic.

Police and prosecutors say Zulkarnaen is the former military commander of Jemaah Islamiyah, a Southeast Asian militant group with ties to al-Qaida. The group is widely blamed for attacks including the 2002 bombings on the Indonesian resort island of Bali that killed 202 people, mostly foreign tourists, as well as attacks in the Philippines.

Zulkarnaen had eluded capture for 18 years after being named a suspect in the October 2002 suicide bombings of Paddy’s Pub and the Sari Club in Bali. He was arrested last year in Lampung, a province on the southern tip of Sumatra. Police were tipped off to his hideout after interrogating several suspected militants arrested in earlier raids.

Zulkarnaen argued that he was a leader of the network’s military wing but was not involved in the operation of the Bali bombings, as he was focused on organizing his squad for sectarian conflicts in Ambon and Poso and in the southern Philippines.

During his trial, which began in September, other convicted militants in the 2002 Bali bombings, including Umar Patek and Ali Imron, who were sentenced to 20 years and life in jail, respectively, supported Zulkarnaen’s claim, saying he knew about the plot but did not play a role in its operation.

The sentencing demand was initially scheduled for Nov. 24 but was postponed several times.

State prosecutor Agus Tri told the court that Zulkarnaen’s acts had resulted in deaths and injuries and that there was no reason for leniency.

“The defendant was involved in the Bali bombings plan,” he told the court. “He also instructed his group’s special forces led by him to save Jemaah Islamiyah’s assets, including weapons and explosives.”

Police previously said Zulkarnaen masterminded church attacks that occurred simultaneously in many Indonesian regions on Christmas and New Year’s Eve in 2000 that killed more than 20 people. He was also the mastermind of a bomb attack on the official residence of the Philippine ambassador in Jakarta in 2000 that killed two people, and the architect of sectarian conflict in Ambon and Poso from 1998 to 2000.

Conflicts between Christians and Muslims in Ambon, the provincial capital of the Molluca islands, left more than 5,000 people dead and half a million displaced. The Muslim-Christian conflict in Poso, known as a hotbed of Islamic militancy on Indonesia’s Sulawesi island, killed at least 1,000 people from 1998 to 2002.

Zulkarnaen, a biologist who was among the first Indonesian militants to go to Afghanistan in the 1980s for training, was an instructor at a military academy there for seven years, Indonesian police said.

Since May 2005, Zulkarnaen has been listed on an al-Qaida sanctions list by the U.N. Security Council for being associated with Osama bin Laden or the Taliban.

The Security Council said that Zulkarnaen, who became an expert in sabotage, was one of al-Qaida’s representatives in Southeast Asia and one of the few people in Indonesia who had had direct contact with bin Laden’s network.

It said that Zulkarnaen led a squad of fighters known as the Laskar Khos, or Special Force, whose members were recruited from among some 300 Indonesians who trained in Afghanistan and the Philippines.

Bali bombing suspect extradited from Pakistan to Indonesia for 2002 attack

Zulkarnaen was appointed the head of Camp Saddah, a military academy in the southern Philippines established for fighters from Southeast Asia, the Security Council said. He spent a decade at the camp training other Jemaah Islamiyah members.

He became operations chief for Jemaah Islamiyah after the arrest of his predecessor, Encep Nurjaman, also known as Hambali, in Thailand in 2003.

The United States’ “Rewards for Justice” program had offered a bounty of up to $5 million for his capture. He was the only Indonesian on the list.

Zulkarnaen’s next hearing is set for Jan. 12, when he and his lawyers will respond to the prosecution.