‘I’m fed up with this’: Woman confronts alleged shoplifter at Campbell River Walmart 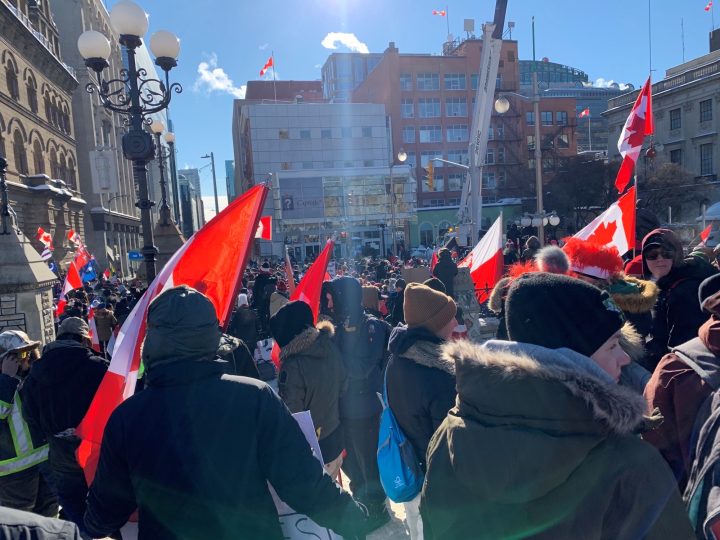 Video of a woman stopping an alleged shoplifter at a Campbell River Walmart is generating plenty of attention online.

The incident, which happened Saturday morning, was posted to Facebook where it had racked up more than 1,200 comments on Sunday.

In the video, a man in a balaclava can be seen pulling a shopping cart full of goods out of the store, stopping briefly to grab his bicycle.

The person shooting the video asks the man if he’s going to pay for the goods, at which point the man in the balaclava says ‘yeah,’ then tries to leave the store.

But as he reaches the doors, he’s blocked by a woman with her own cart.

“Excuse me!” the woman shouts at the man.

She then pulls the balaclava off his head, exclaiming, “I’m fed up with this bull—t,” as she and the man filming pull the cart away from the man as he tries to leave.

“Get out!” the woman yells, “You just jack up the price for everybody else … it’s about time they got caught.”

Campbell River RCMP Const. Maury Tyre confirmed the video’s authenticity, and said officers were still trying to get in touch with the person who shot it.

Tyre said there is a high level of frustration in the community due to a string of blatant crimes, and people are worried that ongoing theft issue will affect prices.

In December, a man was arrested for allegedly stabbing a security guard at the Campbell River Walmart after trying to leave the store with a shopping cart full of unpaid items.

Tyre said that violent incident highlights why members of the public should not attempt to intervene with shoplifters, however said the bravery shown by the people in the video is commendable.