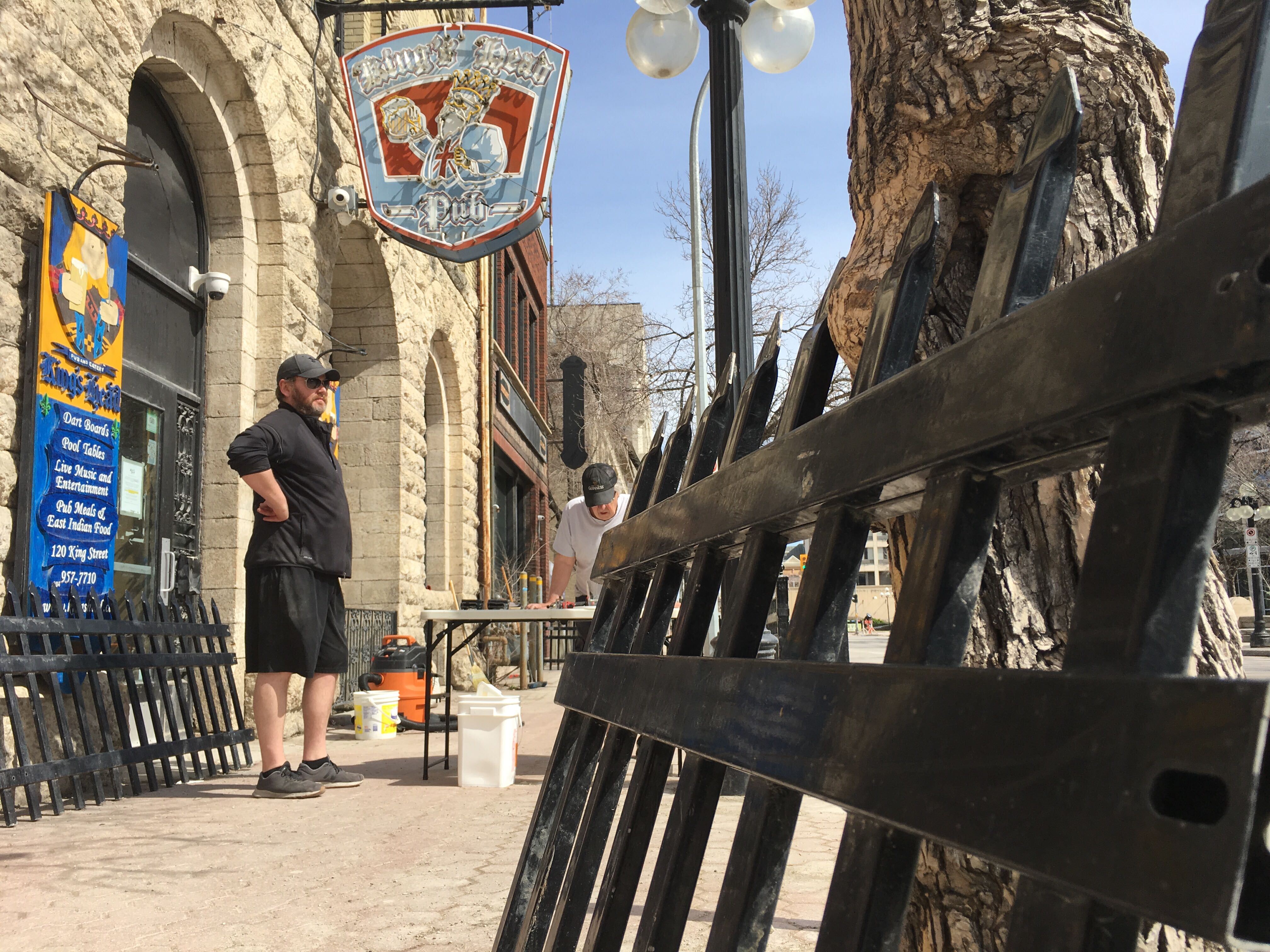 Ross Einfeld recalls how he felt when he realized his business, Kub Bakery, would have to close its doors for good.

“It felt horrible,” he said. “It wasn’t the way it was supposed to happen.”

Einfeld hung a letter to customers in the Erin Street storefront’s door, saying the last few years have been “very challenging,” and that he had “no other choice.”

The challenges, Einfeld says, began with the COVID-19 pandemic. Kub supplied several restaurants, as well as buns for the Jets, Bombers, and Goldeyes concessions. Those orders evaporated overnight as public health orders were set in place.

Just as restrictions loosened, the war in Ukraine drove up fuel and grain prices. Then, a 12-week roadwork project on Erin Street cut into their foot traffic.

Then, as Einfeld called it, the “nail in the coffin”: the bakery’s two ovens died within a day of each other. Einfeld estimates repairs to be in the tens of thousands.

“[It’s] really sad,” Einfeld said, adding next year would have been Kub’s 100th anniversary. “We didn’t quite make it.”

Kub Bakery started in 1923; “Kub” stands for Kucher’s Ukrainian Bakery, named after one of the founders who bought out his partners early on. The Einfelds purchased the business in 1982 and have been running it ever since. They’ve had a handful of locations over the years, including one on Stella Avenue that burnt down in 2008.

At its current location, the bakery produced about 6,300 loaves per day. Three trucks delivered the bread around the city, and American distributors moved the product to the states. Their Winnipeg rye bread was a staple at socials and on grocery store shelves.

The bread was so popular, once word spread on social media of the imminent closure, Kub sold out of their remaining product, forcing them to close a day earlier than expected. Some longtime customers like Brent Heywood and Ted Cade left empty-handed.

“We were really hoping to get the last bit today, but I guess we’re out of luck,” Cade said.

Although he’s disappointed Kub Bakery came to an end so abruptly, Einfeld said he’s been trying to pass the bakery on for a while. He’d been in negotiations with a potential buyer, but the deal fell through.

He’s still hoping someone will take on the brand and products, but they’ll have to do business somewhere else — he’s already sold the building.

“I’ve eaten Kub bread for 40 years, I don’t even think about it. It just never dawned on me that I should have maybe brought some home,” he said.

The Country 105 FM’s Caring for Kids Radiothon is shining a spotlight on life-saving equipment at Alberta Children’s Hospital. One such machine, is the transport...
Read more