How Wide Fit Shoes Stepped Up To Double Its Sales 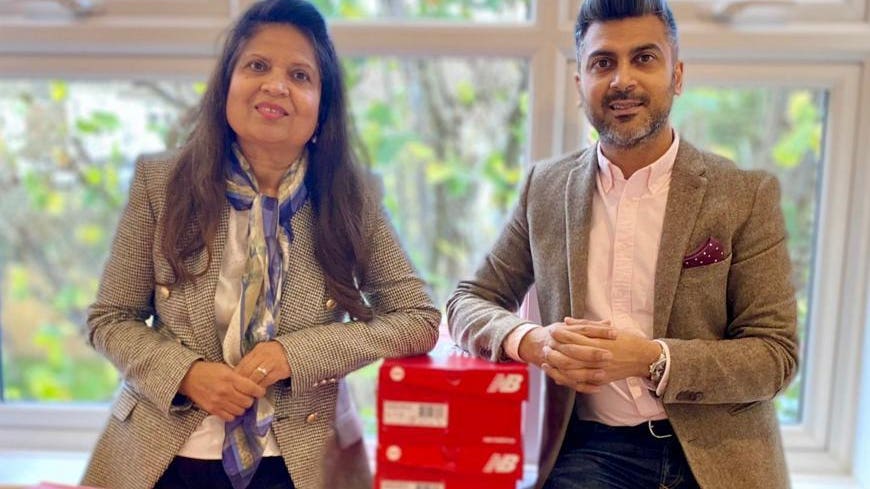 “Footwear means so much to people,” says Birju Umeria of Wide Fit Shoes. He’s not talking about fashionistas who obsess over what they’re wearing on their feet; rather, he’s thinking of a much larger group of people who find it difficult to buy shoes that fit and suffer miserably as a result. “The right footwear makes a huge difference to your quality of life,” Umeria says. Most people take them for granted but comfortable shoes are essential for people as they work, live and play.

Umeria’s family knows a thing or too about that. His parents opened their first shoe-repair shop in 1977, shortly after arriving in the UK. Mum, Nayma, and dad, Jay, started out with a shop in Camden, North London, before moving to the suburbs of the capital to open two new shops, where they began selling shoes for the first time as well as mending them.

The business traded happily enough until 1988, when a manufacturer contact asked the Umerias whether they’d be interested in selling some of its wide-fitting shoes. The order sold out rapidly and the family had discovered their niche; within a few years, they were specialising in wide-fitting shoes, trainers and other footwear, with customers beating a trail to their door to buy a product they couldn’t seem to find anywhere else.

The high street footwear giants have largely ignored people with wide feet, says Umeria, whether that’s customers whose foot shape simply doesn’t fit standard-sized footwear, or those with health problems or injuries. “We are a function-first company; we’re all about comfort,” he says. Others in the industry, in their focus on high fashion and fast fashion, appear to have overlooked a large market of customers searching for exactly that.

Obviously, not all of those sales come from the Umerias’ shops, though one of them remains open to this day. After graduating from university and working in digital marketing, Umeria spent much of the early 2000s nagging his parents to set up an online sales operation; they took some convincing – and Umeria had to do the site development himself – but Wide Fit Shoes launched online in 2006. Ecommerce was an immediate success.

Celebrity endorsements have helped. Tom Cruise’s representatives tracked the company down online and ordered a dozen pairs of comfortable trainers when the actor injured himself filming Mission Impossible 6 in London. Actors Sheila Hancock and John Goodman have also bought from the company.

However, the Umerias are more interested in their more ordinary customers, for whom finally discovering that it is possible for them to buy comfortable, properly fitting shoes has been a revelation. “Some of their stories are just phenomenal,” says Umeria. “We spend quite a bit of time reading their comments online each week, as well as advising people on what they need, and sometimes our products are genuinely life-changing for them.”

Suddenly, customers can put up with a long commute to work, or are able to take up hobbies that had always been off-limits. Those suffering with ailments and injuries can get on with their lives without suffering chronic pain.

It’s a large and growing market. Wide Fit Shoes originally envisaged serving an older customer base, targeting the over-60s in particular. More recently, Umeria says, the demographic has shifted, with plenty of sales to the over-50s too, as well as growing interest from younger buyers. And this is a loyalty business. “Once customers have bought from us, they tend to keep coming back,” he explains.

Part of the company’s success in recent years is clearly down to Umeria’s digital savvy. Having finally joined the business full-time as a director in 2018 – having offered advice while remaining in his day job for years – he masterminded an overhaul of its digital platform, including a move onto Shopify at the beginning of the Covid-19 pandemic. The shift paid off, underpinning the more than doubling in revenues seen over the past year.

However, Umeria is keen to stress that Wide Fit Shoes remains very much a family business. Now 61 and 73 respectively, his mum and dad remain involved – “they thoroughly enjoy it” – and his brother and sister-in-law have joined the company too, bringing expertise in ecommerce and finance.

Moreover, Umeria believes that Wide Fit’s success is as much about its ability to offer customer service and connect with customers as a slick digital presence. “So many people need help and advice,” he says. “People still want a product and a traditional service.”

The good news for Wide Fit is that in this industry, not too many businesses are keen to offer that in this niche. Still, the company is doing its best to persuade manufacturers to embrace inclusivity; it works with a number of big brands to create shoes specifically for this marketplace.

That’s just part of the plan for expansion, explains Umeria, who is also focusing on ensuring the company has the infrastructure in place – from warehousing and distribution to customer service – to support its rapid growth. “Its proving to be a really good time to scale the business and take it to the next level,” he reflects.