How to Watch the 2022 Oscar Nominations Announcement 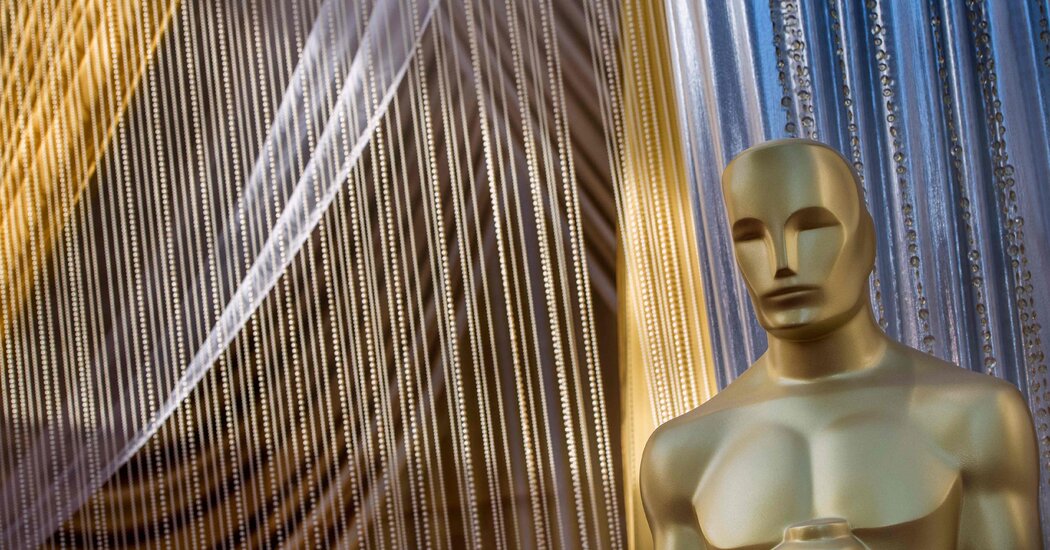 A guide to everything you need to know about the nominations for the 94th annual Academy Awards on Tuesday morning.

Predicting this year’s Oscar nominations feels a bit like groping your way through a cave in the dark, as opposed to the usual brightly illuminated path lined with winners of precursor awards.

In a typical year, films and actors would have risen to the top of the field by now. But with the Golden Globes canceled-but-not-canceled and the Critics Choice Awards pushed back to March from January because of the Omicron variant, who knows what’s going on inside the heads of Oscar voters?

Between Jan. 27 and Feb. 1, 9,847 members of the Academy of Motion Picture Arts and Sciences could cast their votes on the 276 films eligible for the 94th annual Academy Awards. They tend to favor biopics, serious dramas and historical epics. But that doesn’t mean a blockbuster like “Spider-Man: No Way Home,” which almost single-handedly resuscitated sagging box-office sales at the end of last year, or the James Bond film “No Time to Die” couldn’t sneak in.

So fire up your pancake griddle, put the coffee on and settle in for some drama. Unlike the ceremony in Hollywood in March, which has been known to exceed four hours, there’s little dawdling between the reading of the 120 entries in 23 categories — and no musical performances. The whole thing probably won’t last more than half an hour.

Here’s what you can expect on Tuesday.

What time should I set my alarm for?

First, make sure you have the right day: The nomination announcement on Tuesday is set for 8:18 a.m. Eastern, 5:18 a.m. Pacific. Sharp.

Where can I watch the announcement?

Why aren’t nominations announced at night, like the Oscars?

You would think, with so many nominees on the West Coast, that the academy would maybe not do this at dawn, when many members might still be asleep. But the early morning reveal allows everyone involved to capitalize on the deadlines of the daily news cycle. Also, it’s tradition. Just go with it.

I haven’t woken up that early since high school. Can I stream it on YouTube later?

Who will be presenting?

Leslie Jordan, the sitcom actor known for his roles on “Will & Grace” and “Murphy Brown,” and the “black-ish” star Tracee Ellis Ross will host Tuesday’s announcement.

What should I watch for?

After their Directors Guild nominations, “Belfast,” “Dune,” “Licorice Pizza,” “The Power of the Dog” and “West Side Story” are safe bets in the best picture category. But now that the academy has determined that there will be 10 nominations, no matter what (in past years it was up to 10), we could be in for some surprises.

In the best director category, if Jane Campion scores a nod for her Netflix western, “The Power of the Dog,” she would become the only female director ever nominated more than once. And, if Spielberg gets in for “West Side Story,” we could be in for a rematch of their 1994 duel, when Spielberg’s Holocaust drama, “Schindler’s List,” won out over Campion’s period classic, “The Piano.”

Also in play: If 90-year-old Rita Moreno is nominated for best supporting actress — far from a sure thing given the crowded category this year — she could become the oldest performer ever to be nominated for an Academy Award. Beyoncé could also earn her first Oscar nomination, in the best original song category, for “Being Alive,” which she wrote with Dixson for “King Richard.”

Who do we think will make the cut?

Kyle Buchanan, our Projectionist columnist, is predicting a best actor nomination for Benedict Cumberbatch’s standout performance and a supporting actor nod for the breakout star Kodi Smit-McPhee, both in “The Power of the Dog.” He also thinks Olivia Colman (“The Lost Daughter”), Nicole Kidman (“Being the Ricardos”) and Lady Gaga (“House of Gucci”) will probably square off for best actress, while Ariana DeBose is the favorite in the supporting actress category for “West Side Story.”

But he’s also forecasting some stunners: A Spielberg best director snub for “West Side Story,” which underperformed at the box office, and a supporting actress nomination for Judi Dench in “Belfast.”

Can we talk about Bruno?

No, no, no. Studios had to submit their choices before the TikTok darling became a surprise chart topper, and Disney chose another song written by Lin-Manuel Miranda from “Encanto,” “Dos Oruguitas,” instead. But, if it’s any consolation, you could spend a delightful three-and-a-half minutes listening to this Miranda impressionist recreate what the demo track where Miranda sang all 10 parts must’ve sounded like.

Crime back to pre-pandemic levels in Kelowna, RCMP say

Robbers and thieves have lumbered back into action in Kelowna as pandemic restrictions have started to ease. In a report headed to council Monday, the...
Read more

President Volodymyr Zelenskyy warned Ukrainians to expect another brutal week of cold and darkness ahead, predicting more Russian attacks on infrastructure which would not...
Read more