How the Delta Variant Infiltrated an Elementary School Classroom 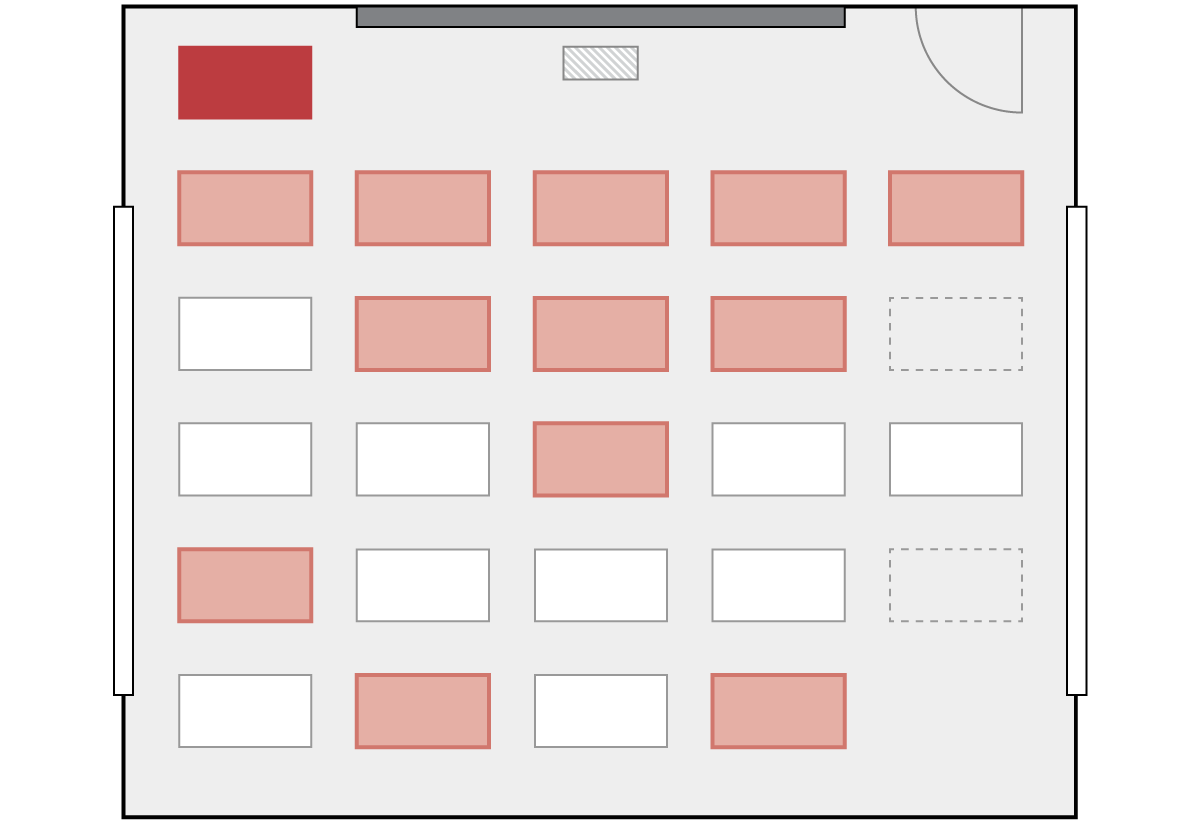 A detailed study in California found that the variant easily spread from an unvaccinated teacher to children and, in a few cases, their families.

An unvaccinated elementary schoolteacher infected with the highly contagious Delta variant spread the virus to half of the students in a classroom, seeding an outbreak that eventually infected 26 people, according to a new report from the Centers for Disease Control and Prevention.

The unusually detailed study, which comes as school districts across the country reopen, seems certain to intensify the debate over vaccine mandates in schools. A handful of school districts, including New York City, have already announced vaccine requirements for teachers and staff.

Others may follow suit now that the Food and Drug Administration has granted full approval to the Pfizer-BioNTech vaccine.

“The most important thing we can do to protect schoolchildren, particularly those too young to be vaccinated, is to make sure the adults in their lives, including teachers and school staff, are vaccinated,” said Jennifer Nuzzo, an epidemiologist at Johns Hopkins University, who was not involved in the report.

The study was one of three new C.D.C. reports that focused on schools or children. In another study, researchers found more evidence that schools can be low-risk environments when they combine several precautionary measures. But that research was conducted before the Delta variant began spreading.

Together, the studies highlight both how much scientists have learned about how to protect children in schools — and how much remains uncertain now that the Delta variant has arrived.

The classroom outbreak occurred in Marin County, Calif., in May. Neither the school nor the staff members and students involved were identified.

The teacher first showed symptoms on May 19, but worked for two days before getting tested. During this time, the teacher read aloud, unmasked, to a class of 24 students, despite rules requiring both teachers and students to wear masks indoors.

All the students were too young for vaccination, which has been authorized only for people ages 12 and older.

On May 23, the teacher reported testing positive for infection with the coronavirus. Over the next several days, 12 of the students also tested positive. 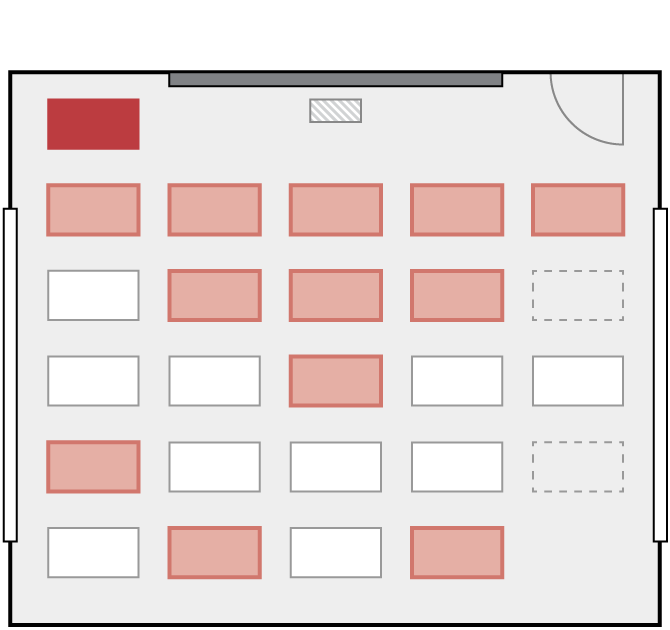 “I thought I respected its contagiousness,” Dr. Lisa Santora, deputy health officer at the Marin Health and Human Services and an author of the report, said of the Delta variant. But its efficiency in overtaking the classroom “surprised and humbled” her.

In the classroom, rates of infection roughly corresponded to the seating chart. Everyone in the front row tested positive, tapering to 80 percent in the first two rows.

In the back three rows, only 28 percent of students tested positive. “If teacher has no mask, move to the back of the class,” Edward Traver, an infectious disease fellow at the University of Maryland Medical Center, said in a Twitter message.

Six students in another grade at the school also tested positive for the virus. The cases spread outward from the school into the community: At least eight parents and siblings of the infected students, three of whom were fully vaccinated, also were infected.

State health researchers sequenced specimens of the virus from many of the positive cases and found that all had been infected with the Delta variant. Samples from at least 10 students in two grades were genetically indistinguishable. The results suggested that the cases in both grades came from the same outbreak.

The outbreak was likely fueled both by Delta’s high level of infectiousness and by the fact that the teacher did not follow recommended safety precautions, the researchers said.

“We have to make sure both schools and individuals are working together to make sure we are safe,” said Tracy Lam-Hine, an epidemiologist at Marin County Health and Human Services and an author on the new report. “It can’t be just one or the other.”

In other areas of the country, the toll on the community might have been even higher. Marin County has the highest vaccination rate in California. The report noted that 72 percent of eligible people in the surrounding community were fully vaccinated, and suggested that high rates may have prevented further transmission.

In another new study, researchers focused on case rates in Los Angeles County, where some students and teachers attended school in person last year, while others did so remotely.

Schools that opened for in-person learning were required to take a variety of precautions, including symptom screening, masking, physical distancing and contact tracing. During most of the period between September and March — and especially during the winter surge — case rates were lower in the schools, for both teachers and students, than they were in the county at large.

The findings are consistent with previous studies that have found that when schools layer together several protective measures, case rates are often lower in schools than they are in the surrounding community.

“School is a safer place in many ways for youth to be, because it’s so structured and supervised,” said Dr. Santora, who has a 9-year-old and an 11-year-old returning to school in-person this fall.

But the studies on school mitigation measures, including the report from Los Angeles, were conducted before the Delta variant began spreading. The variant is roughly twice as transmissible as the original version of the virus, and now accounts for nearly all infections in the United States.

Whether the same kinds of precautions will keep the variant in check in schools this year remains uncertain, and many schools have opened without the safety measures that public health experts recommend.

Siobhan Flynn, who teaches first grade at a public charter school in the Washington area, is worried about classes starting on Monday. The school at which Ms. Flynn works is using a layered protection approach that includes a mask mandate, socially distanced desks and randomized testing for students.

“Kids need to be in school, but I just wish more money and planning had gone into safely opening schools,” Ms. Flynn said. “A lot of people would feel a lot safer if all the staff was vaccinated.”

Vaccination rates have been increasing in recent weeks as Delta continues to drive a surge of cases, hospitalizations and deaths nationwide. But parents have been anxious about sending young children back to school when they cannot yet be vaccinated.

The F.D.A. first authorized the vaccines for 12- to 15-year-olds in May, and by July 31, more than one-third of them had gotten at least one shot, according to a third C.D.C. report. More than half of 16- to 17-year-olds, who were eligible for the vaccine months earlier, had received at least one dose.

But vaccination rates vary greatly across the country. In Mississippi, just 11 percent of adolescents have been fully vaccinated, compared with 60 percent in Vermont, the researchers found.

Dr. Westyn Branch-Elliman, an infectious disease researcher at Harvard Medical School, said in an email that she hoped to see schools “become more involved in promoting vaccine uptake for everyone who is eligible in the school community through things like vaccination clinics set up in schools to improve access and alleviate barriers.”

Clinical trials of the vaccines in young children are underway. Pfizer has said that results should be available in September.