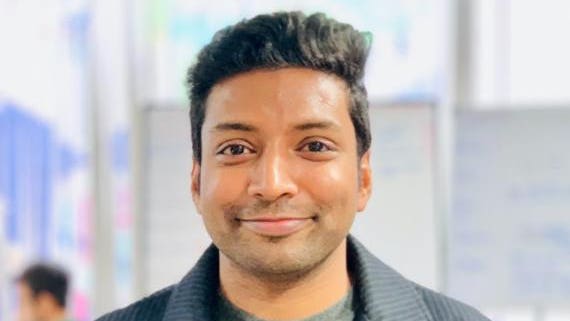 Successful entrepreneurs never cease believing in themselves and constantly try to turn obstacles into opportunities.

From a dissatisfied scholarly research student to a successful entrepreneur, Saikiran Chandha, CEO and cofounder of Typeset, exemplifies how perseverance can turn an idea into a seven figure business. In less than four years, Typeset has grown from a simple solution for a personal challenge to a suite of products used by over a million researchers, including two Nobel Laureates.

The journey from disappointment to the determination

After spending years in academia, Chandha was ready to submit his final thesis. While his research was fresh and original, the tools he used for document compilation were archaic. “They were not collaborative and not built for research. I wasted a lot of man-hours on formatting,” Chandha recalled.

However, after the final submission, a roadblock surfaced. The university rejected his thesis submission as it didn’t meet the mandatory institutional formatting guidelines. To fix the issue, Chandha pored over the 10-page guideline document and invested several hours learning LaTex, a computer programming language used for typesetting technical documents.

It turns out he wasn’t alone. He found that millions of other researchers, including his peers, had the same set of challenges during the publishing process. As a result, $1 billion of public funds are wasted on academic paper reformatting that could have been used to enhance and disperse research.

To address the problem, one weekend at the AngelHack Hackathon, Chandha built a simple single-page application that enabled users to upload an MS word document and format it to IEEE Journal style.

The prototype won the Hackathon, and after receiving over four thousand beta requests and positive feedback, it was clear that building an end-to-end writing and collaboration platform for researchers would be the next big step.

Chandha partnered with Shanu Kumar, a fellow academic who faced similar issues, to turn the prototype into a business and Typeset was born.

Perseverance is the secret to hitting one’s stride

What came next was a challenge that almost ended the business venture.

“I remember, in the early days, we quit our jobs, invested all our savings, and hired four engineers. Underestimating the effort required to build a real-time web editor and lack of technically sound resources made it really difficult for us to drive the business. In nearly five months, we ran out of money and were on the verge of giving up,” said Chandha.

To line up capital, Chandha would send cold outreach emails to founders, angel investors, tech billionaires, and VCs to tell them about Typeset.

Chandha explains, “I’m a big believer of cold email outreach. They’ve personally opened many doors for me. Powerful, successful people read and respond to emails as they are usually very curious. They have limited time to invest. Before writing a personalized email, learn more about what interests them and what value you can offer. Twitter is the best way to get a fair idea about what your target audience is thinking. The key is in the way you write the emails that grabs attention.”

With cold emails, he recommends:

Chandha also recommends regular testing. “I A/B tested various subject lines. For every ten emails I sent, I got four responses. Most of them didn’t invest but introduced me to other folks interested in the product. There is no downside.”

After a month, a few of the emails garnered an angel investment of $1M and advisory relationships.

To get the word out, Chandha started with paid advertising models, but found them unprofitable. He also tried community outreach.

“I remember joining hundreds of facebook university groups and posting a link to their university thesis template on Typeset’s website. Although the students signed up for our product trial through these landing pages that were personalized to their university requirements, it wasn’t sustainable.”

Eventually, he and his team shifted their focus to inbound marketing and SEO. Initially, it did not yield results, and the company was burning money. But Chandha’s team persevered and stuck to the strategy, and after six months of effort, Google started rewarding them with better search results and traffic.

It’s not about the hours; it’s about picking the right problem

After figuring out their growth strategy and product-market fit, Chandha and his cofounder thought about broadening the company’s offering to horizontal opportunities, like creating proposal template technology.

However, the team got burnt out executing one experiment after another, and nothing seemed to work.

“A hard-working team is great, but if they’re working on the wrong problem, it leads you nowhere,” explains Chanda

He underscores that as researchers, their core strengths lied in understanding the academic space. “Going vertical into the research market has more advantages as compared to going horizontal. This was a life lesson for me.”

“Always reflect on your choices and direction. I have realized that what you do and whom you team up with is far more important than the effort and hard work you put into it,” Chanda says.

Never give up because great things take time

Chandha and his cofounder embarked on their entrepreneurial journey as a result of their determination. He sums up, “Perseverance is greater than IQ.”