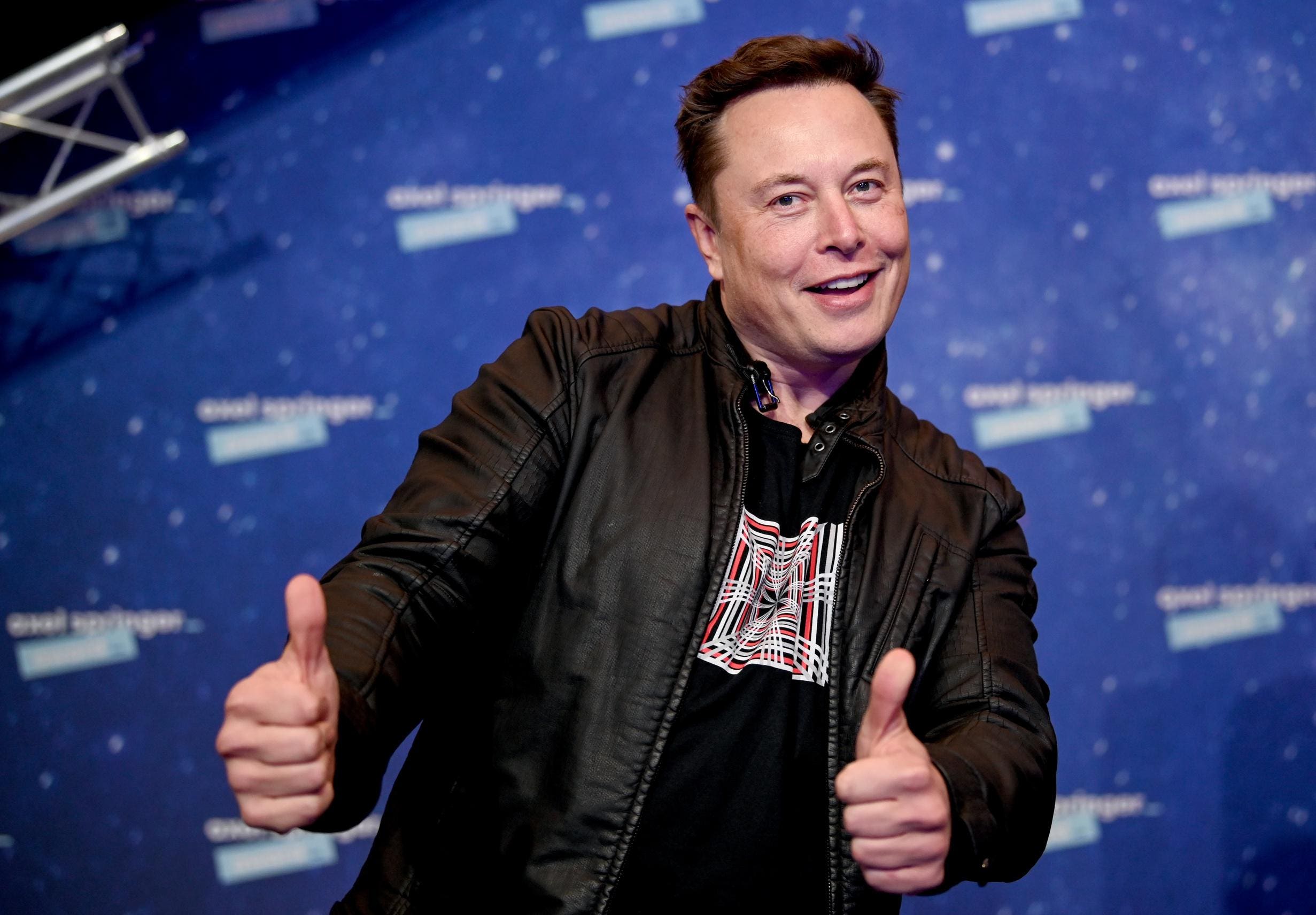 Whatever you think of him, there’s no denying that Elon Musk is a fascinating person. At today’s date he’s the richest person in the world, with his net worth estimated at $222bn, and he has cofounded companies including electric car maker Tesla, rocket producer SpaceX and tunnelling startup Boring Company. His success rate is incredibly high.

Contrasting Musk to Jeff Bezos, the second richest person in the world who has won big but famously failed at 57 different projects (and happily admits to his, “cascade of experiments and mistakes and failures”), Musk’s approach appears to be rifle shot rather than scattergun. Musk and Bezos are the two richest people in the world, so there must be merit in both methods. But how does Musk continue to build companies that never fail in a big way?

While you could chalk these consistent successes up to his IQ, reported to be 155, there are plenty of people with just as high an IQ who aren’t billionaires. What makes Musk different is he is thinking differently, being limited only by the laws of physics, after which, he said, “everything else is a recommendation.”

On top of this, Musk uses specific mental models to solve real world problems. Rather than being anecdotal business theory, they have proven to work in practice across his various enterprises. Four of these models are first principles thinking, imagining things in the limit, the platonic ideal and his optimization framework. Here they are in more detail.

A first principle is a foundational truth that is “known by nature.” First principles thinking is where you remove subjective assumptions, bias and conjecture from problems and focus on only what is true. The goal, therefore, is to find the simplest truth that exists within the laws of physics, free of your personal limitations and beliefs. Once this absolute truth is defined you reason up from there. Cutting away, stripping back, then building.

In practice, grab any answer you have arrived at and then remove all assumptions. Musk thinks you will either find a better answer or the same one as everyone else. He admits, “I do zero market research, whatsoever” because it’s not helpful and everyone is wrong. “No matter who you are, everyone is wrong some of the time. All designs are wrong, it’s just a matter of how wrong.”

Musk applied first principles thinking to battery packs, for example. You might hear people say, “battery packs are expensive and that’s the way they’ll always be.” But batteries are made of cobalt, nickel, aluminium, and polymers, materials that are fairly inexpensive. What’s expensive is the manufacturing of those materials, how they are combined into a battery. First principles thinking leads you to realise that batteries aren’t expensive, the manufacturing of them is, which means the problem to solve is the manufacturing.

2. Think about things in the limit

Thinking about things in the limit is a thought experiment in which any problem is scaled right up and scaled right down to assess the changes that happen at both magnitudes. A recent example concerns Musk’s acquisition of Twitter, after which he signalled that the 280-character limit would be edited, tweeting that the “ability to do long tweets [is] coming soon.” Thinking of Twitter’s character allowance in the limit means imagining what the platform would look like with tweet length scaled right down to, say, 50 characters, and right up to, say, 1000. Both limits would have different repercussions for the social network.

Whether a problem with your product, service, team or results, think about it scaled up and down and play around with the answers. For example, take a pricing problem where you’re trying to work out why something is expensive, then imagine your volume was a million units. Would the product still be expensive? If so, there’s perhaps an economies of scale problem to solve.

Keep going with limits, both colossal and miniscule. If you managed just one person, would you still have your HR problem? What about ten thousand? If you provided your service to five clients compared to a million, what would change? Incorporate the idea of tiny and huge scale into every problem you have to think about it like Musk would. Make decisions without being limited by legacy, rules, money or resources and see what’s possible.

3. Imagine the platonic ideal of the perfect product

Imagining the platonic ideal means visualizing your solution in its most perfect form before attempting to create it in reality. This means the focus is on the perfect product rather than the perfect application of what happens to be your existing skillset.

When designing a product or starting a business, most people start from the basis of their tools, skills and knowledge, then think about what they can build with that. Musk says, instead, you should work backwards from the perfect product. Conceptualize it, and only then look for the tools, skills and knowledge that you need to bring that product to life. According to Musk, you should try to think of “the platonic ideal of, say, the perfect rocket or car.” Think about the characteristics it would have, “and then make that. And then, I find that if you do that, people will want to buy it” he said.

Thinking in this way means you create what is actually required rather than simply what fits within your skillset. It stops you being limited by your life choices and knowledge. It stops you being biased or clouded by your experience, which might not be relevant at all. Within your career and business, what is the ideal solution? The perfect office, the perfect service, the perfect product. Visualise that, get familiar with every part and then work backwards from there. This might lead you to rethink processes, restructure your team or rework your offering, all based on the platonic ideal.

4. Take these five steps when optimizing

Musk believes that the single biggest mistake made by smart engineers is optimizing something that shouldn’t exist at all. Therefore, you should first work out if optimization is even necessary. To apply this method, before trying to optimize anything, follow these five steps. Step one is “question”, or in Musk’s words, “make your requirements less dumb.” Here’s where you question whether or not your solution to the problem is the right one. Zoom out and look at the problem with perspective. Does it matter?

Step two is “delete”. Musk believes that when designing a solution, people tend to add things “just in case.” Falling for addition bias, where our tendency is to add rather than subtract, leads to a bloated result. Musk says you should delete everything that’s unnecessary, even going as far as to say, “if you’re not adding back at least 10% of the things you’re deleting, you’re not deleting enough.” Remove, reduce, remove some more.

Step three is simply, “optimize”. Now you have the best attempt at the right solution, optimize and simplify from there, while continuing to notice where there might be errors. After that there’s step four, accelerate the cycle time and step five, automate.

Although Musk and SpaceX have used this method to rethink rocket design (and create “minimum viable rocket”) it can be applied to business, manufacturing and all fields of product design. If you simplified your requirements and cut everything away before optimizing, quickening and automating, how different might your business look?

Give yourself a shot at success on an Elon Musk scale by solving problems in a similar way. Think how Elon thinks, read what Elon reads and approach challenges from first principles, the concept of limits, the platonic ideal and his five-step optimization framework.

Canada in ‘better shape’ than predicted in face of XBB.1.5, expert suggests

The potential for a rise in infections and reinfections from the new COVID-19 variant XBB.1.5 appears to be in the “rearview mirror,” according to...
Read more