How Early-Stage Entrepreneurs Can Use No-Code to Their Advantage 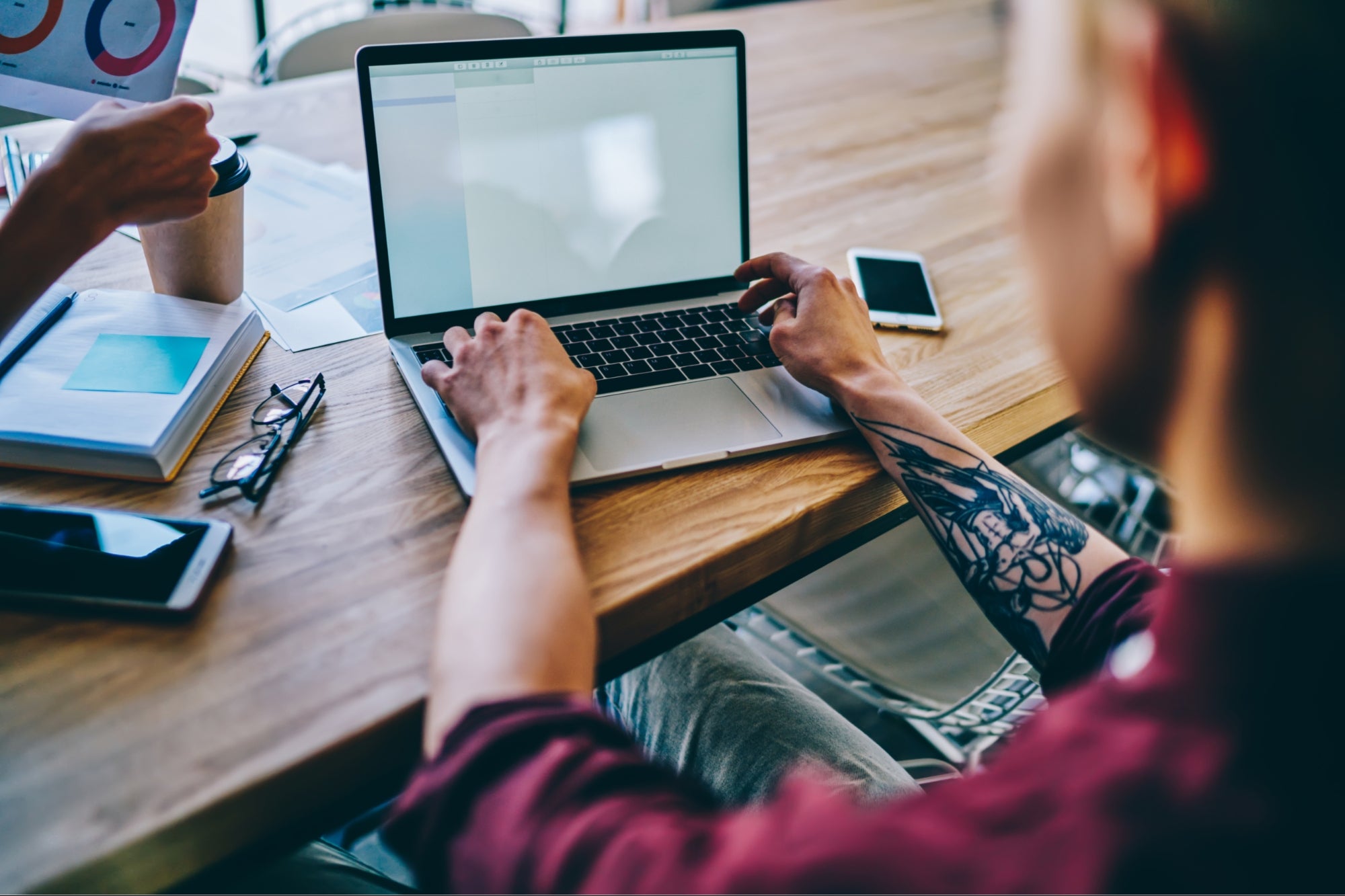 “You can’t run an online business if you’re not a techie. That’s just common sense.”

Anita sat across from her colleague, Craig; someone whose opinion she’d always respected. And someone who offered more than a little unsolicited advice about her idea to build her own online business.

Anita was a working professional with a steady nine to five job, but she secretly harbored the dream of becoming an entrepreneur. She’d spent hours refining her idea and imagining possible co-founders for a small online marketing agency.

But Craig’s words unnerved her. She was indeed not a “techie” by any means — nor did she count on significant capital to hire engineers. Was this just some pipe dream?

I often hear stories from aspiring entrepreneurs like Anita who’ve been derailed by “well-intentioned” comments from friends or colleagues who spread their outdated and erroneous beliefs.

Here’s what I end up telling them: Don’t listen to the naysayers. There’s never been an easier time than NOW to start your own online business.

The no-code movement, which allows anyone without tech skills to build things online like websites or mobile applications, has upended all of our preconceived notions about being an entrepreneur. While building things online without any coding skills isn’t anything new — we’re approaching an era where these options are gaining more and more traction.

Related: No Coding, No Problem: How Anyone Can Be a Tech Founder

Using no-code to your advantage

According to Ben Casselman of  The New York Times, people are creating new businesses at an unprecedented rate. “The coronavirus crisis may have accomplished something that a decade of economic growth could not: It spurred a boom in U.S. entrepreneurship.”

He points to a recent study conducted by researchers from the Peterson Institute for International Economics, who found that “Americans started 4.4 million businesses last year, a 24% increase from the year before.”

“It is by far the biggest increase on record,” Casselman writes.

Part of this is thanks to no-code platforms that have lowered the barriers to entry for millions of people and given early-stage entrepreneurs a way in.

Let me put it this way: If you’d wanted to start a digital marketing agency twenty-five years ago, the startup costs would have been colossal.

Today, however, is a different story. It’s no longer necessary to take out a personal loan to design and build your business website. Software tools like Webflow and Squarespace give you an easy and affordable way to set up a professional site in a matter of hours.

In an interview, Voiceflow’s Head of Growth, Emily Lonetto, feels strongly about what this movement means to the masses:

“What really keeps me motivated is hearing a lot of stories of people who felt stuck in their current jobs, or were waiting for that opportunity to transition into a PM or a technical role for years at a company and then discovered one of these tools and started to build these things,” she notes. “And actually were able to make the move where they were able to support themselves full-time and even build a team around no-code tools.”

Related: What It Takes to Build a Tech Company When You Have No …

I, too, am equally excited by the opportunities no-code presents for makers and visionaries alike. Here are some more benefits no-code poses for early-stage entrepreneurs:

One of the reasons Anita was unnerved by Craig’s comments was because of her underlying imposter syndrome about starting her own business. But as founder of Makerpad, Ben Tossell wisely points out: “A weird beauty in the quickness to launch (and die) with no-code is that the emotional loss is a lot less than if you’d spent your life savings and months trying to get something built,” he explained. “If it’s made in a few hours, it’s easier to throw away/move on/pivot. Use that as an advantage.”

British copywriter Dani Bell couldn’t code, but that didn’t stop her from launching her own marketing startup (now dubbed Scribly). In fact, no-code platforms like Webflow allowed her to turn her passion project into a fully-fledged profitable business in just one weekend. “I gave myself three days to get the initial website up and running so that I could validate the idea,” Bell explained. “This was enough to confirm that this was worth pursuing.”

Since no-code tools allow you to reduce costs and launch your business faster, you can generate revenue sooner and help increase your chances of success.

When starting out her business, she used free versions of the above tools, and then upgraded once she scaled. “I have bootstrapped Scribly from the very beginning, and the initial outlay was literally just the cost of a monthly Webflow subscription, a $90 template I purchased for the very first design (which has totally changed since then), a business email plus the domain name. I’d say, all in all, I spent around $200.”

4. A focus on talent over technology

The creation of these software products are democratizing access for budding entrepreneurs — making it so that anyone without technical knowledge can build upon their ideas. In short: no-code closes the gap between talent and coding skills. Rather than spending valuable time and resources on YouTube tutorials or specialized courses to learn how to code, early-stage entrepreneurs can focus on what they do best: using their gifts in service of the greater good.

Related: How to Make an App When You Can’t Code (a Step-by-Step Guide)