How Car Shortages Are Putting the Economy at Risk 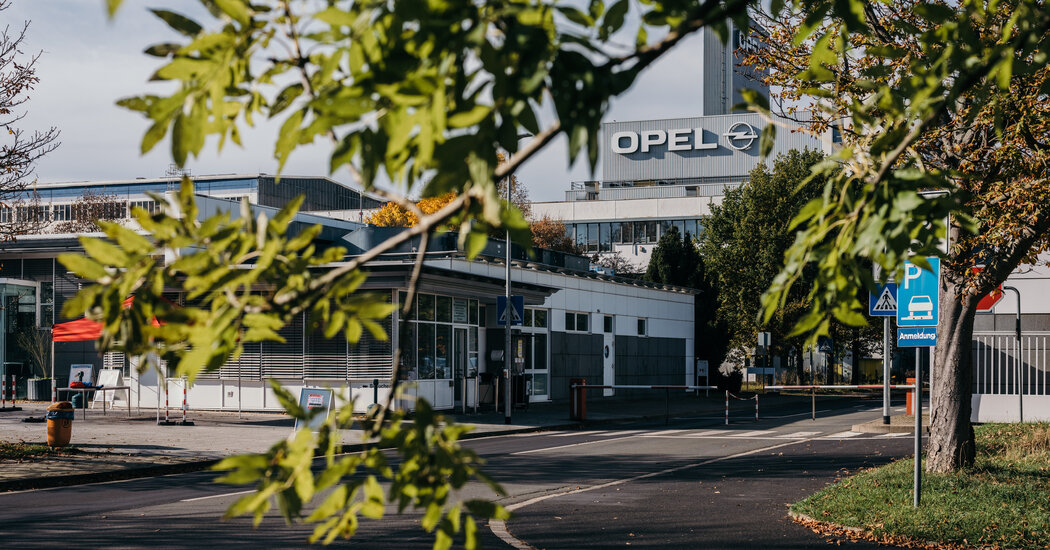 Because so many jobs depend on automaking, the industry’s production problems are causing the pain to ripple.

Turmoil in the auto industry, a powerful engine of the global economy, is threatening growth and sending tremors through companies and communities that depend on carmakers for money and jobs.

For every car or truck that does not roll off an assembly line in Detroit, Stuttgart or Shanghai, jobs are in jeopardy. They may be miners digging ore for steel in Finland, workers molding tires in Thailand, or Volkswagen employees in Slovakia installing instrument panels in sport utility vehicles. Their livelihoods are at the mercy of supply shortages and shipping chokeholds that are forcing factories to curtail production.

The auto industry accounts for about 3 percent of global economic output, and in carmaking countries like Germany, Mexico, Japan or South Korea, or states like Michigan, the percentage is much higher. A slowdown in automaking can leave scars that take years to recover from.

The shock waves from the semiconductor crisis, which is forcing virtually all carmakers to eliminate shifts or temporarily shut down assembly lines, could be strong enough to push some countries into recession. In Japan, home of Toyota and Nissan, parts shortages caused exports to fall by 46 percent in September compared with a year earlier — a potent demonstration of the car industry’s importance to the economy.

Paul Jacques is among the people who may be most profoundly affected. He works in Tecumseh, Ontario, for a division of the components supplier Magna International, which makes seats for a nearby Chrysler minivan factory.

Mr. Jacques, 57, was on the assembly line when he heard that Stellantis, Chrysler’s parent company, planned to eliminate a shift in Windsor because of shortages of semiconductors, the computer chips essential to cruise control systems, engine management and a host of other functions.

Mr. Jacques and his co-workers knew that their jobs were in danger, too. “The mood became incredibly somber,” said Mr. Jacques, whose two children also work at the seat factory.

Carmakers have been able to blunt some of the sting by raising prices, passing on some of the pain to car buyers. Ford and General Motors last week both reported big drops in sales and profits for the summer period, but raised their profit forecasts for the full year. Daimler, the maker of Mercedes-Benz cars, said Friday that its net profit rose 20 percent in the third quarter even though the company sold 25 percent fewer vehicles. Higher sticker prices more than compensated.

The pain is falling hardest on workers and anyone in need of an affordable car. Auto companies have been allocating scarce chips to high-end and other vehicles that generate the most profit, leading to long waits for less expensive vehicles. Used car prices are skyrocketing because of the lack of new cars.

Vehicles with high profit margins like Ford F-150 or Chevy Silverado pickups “are continuing to get pumped out,” said Ram Kidambi, a partner at the consulting firm Kearney who is based in Detroit. “But vehicles that have lower margins are getting impacted, and therefore the work force there is getting impacted.”

The crunch started last year as the prices of key raw materials like steel and copper began climbing, said Viren Popli, the chief executive of Mahindra Ag North America, an arm of the giant Indian vehicle manufacturer that makes tractors for the United States market.

The world’s uneven bounce back from the coronavirus pandemic meant that the far-flung links of the global supply chain were out of sync and could not connect. By late summer, the United States was starting to deliver booster shots, while a devastating outbreak in Malaysia shut down factories.

Mahindra quickly gobbled up its existing inventory of parts and then had to wait for refills. But they were delayed in ports with hundreds of ships backed up and container costs spiraling to $20,000 from $3,000.

At a tractor assembly plant in Bloomsburg, Pa., Mr. Popli said, “we lost 25 percent of production for two months in a row because of container flow problems” at the port in Long Beach, Calif.

It’s difficult to calculate just how much auto industry problems will spread to the rest of the economy, but there is little doubt that the impact is enormous because so many other industries depend on carmakers. Auto manufacturers are big consumers of steel and plastic, and they support vast supplier networks as well as restaurants and grocery stores that feed autoworkers.

“If the Windsor plant is not working, everybody feels the effects,” said David Cassidy, president of Unifor Local 444, which represents workers who build Chrysler minivans there.

Car factories — like the Stellantis facility in Ontario — are often the biggest private-sector employers in their communities, making shutdowns all the more devastating. Because car plants tend to dominate the local economy, they are difficult to replace. Unemployment caused by car factory shutdowns persists for years, according to a study in 2019 by the International Monetary Fund.

In Eisenach, Germany, a city of 42,000, Opel builds a compact S.U.V. called the Grandland. But Stellantis, which also owns Opel, shut down the factory in October and doesn’t plan to restart production until next year. Workers are fearful that the shutdown could be permanent; Stellantis also produces the Grandland at a factory in France that continues to operate.

The roughly 2,000 people who work at the Eisenach factory or adjacent suppliers are on paid furlough. But Katja Wolf, the mayor of Eisenach, who joined a worker protest in front of the plant Friday, said people were reluctant to spend because they don’t know when the plant will reopen. That hurts local businesses.

“The biggest problem is the uncertainty about the future, when the auto industry is already in upheaval,” Ms. Wolf said in an interview. “People don’t buy new cars or book expensive vacations. They are too worried.”

Opel plans to maintain all its German factories, including the one in Eisenach, Uwe Hochgeschurtz, the chief executive of Opel, told the Frankfurter Allgemeine Zeitung on Sunday.

Semiconductors are not the only components in short supply. Carmakers are also scrounging for the type of plastic used to hold windshield wiper fluid and mold the dashboard as well as the foam used to construct seats, said Dan Hearsch, managing director in the Detroit office of global consulting firm AlixPartners.

Because there is a shortage of a tiny bracket used in S.U.V.s, Mr. Hearsch said, the amount of time it takes to fix a vehicle damaged in a crash has shot up to nearly 20 days, from 12.

AlixPartners estimates that shortages mean that 7.7 million fewer vehicles will be produced this year, and cost the automotive industry $210 billion in lost revenues.

A relatively small number of countries account for most of the world’s production of autos and auto parts. They include the United States and China, as well as smaller countries like Thailand.

Slovakia, with only 5.4 million people, is home to large Volkswagen, Peugeot and Kia factories and produces one million cars a year, more per capita than any other country. The industry accounts for more than a third of Slovakia’s exports.

The longer that shortages of parts and materials persist, the deeper the economic impact. Modern economies need vehicles to function. Trucks, essential to moving goods, are hard to come by these days, a constraint on growth.

“We are basically sold out in Western Europe and North America until next year,” Martin Daum, the head of Daimler’s trucks unit, said, citing the chip shortage.

There is no sign the crisis will end soon. Semiconductor makers have promised to increase supply, but building new factories takes years and car companies are not necessarily the most important customers behind the technology giants.

“Semiconductor manufacturers are going to give priority to the Apples and HPs of the world,” said Gad Allon, a professor at the Wharton School, “not a Ford.”

President Volodymyr Zelenskyy revoked the citizenship of several former influential politicians on Saturday in the latest of steps to “cleanse” the country from pro-Russian...
Read more