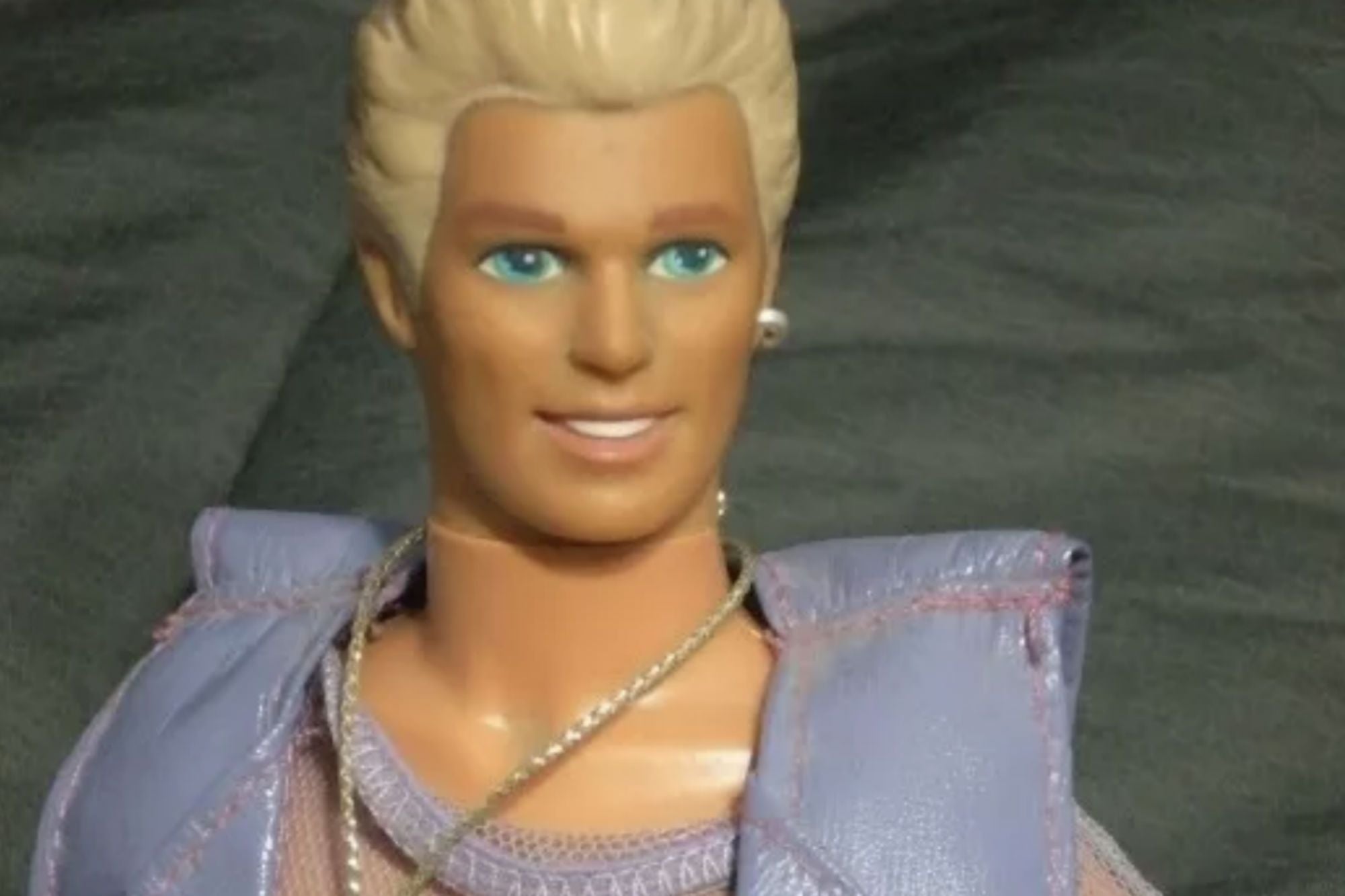 No one can doubt that Mattel is one of the great toy brands in the world and that its products have been present in the childhoods of many adults who today consume products that appeal to nostalgia.

Mattel’s success dates back to 1959 when founder Ruth Handler introduced the world to the first model of what would become the best-selling doll in history : Barbie .

Since the 1960s, the company has implemented various campaigns that seek to maintain the interest of the ever-changing children’s market on the wrist. In this way, Barbie has had 135 professions, has modeled designs of the greatest artists in the world of fashion and has included sisters like Skipper and Stacie.

However, one of the most curious chapters of the doll, which has more than 100,000 registered collectors , occurred in the 90s when Baribe’s long-suffering boyfriend, Ken, was involved in a controversy that led him to be one of the best-selling models in the history of Mattel.

In 1993 the company presented the Earring Magic Barbie line that sought to show Barbie and her friends with a more avant-garde look with fashionable clothes and more stylized hairstyles.

Specifically, the Ken of this line had blonde highlights in his hair, a purple shirt with a lavender vest, an earring in his left ear and a golden circular earring. This detail would unleash popularity and controversy in different markets.

According to Matt Haig’s book Brand Failures: The Truth about the 100 Biggest Branding Mistakes of All Time , Mattel had conducted a survey to see if girls believed Ken was modern enough to remain “Barbie’s boyfriend.” The results showed that the consumers loved Ken, but wanted him to be cooler .

It was then that Mattel had Ken redesigned based on the artists of the videos that the girls started on MTV with all that that entailed: tight pants, a Maya shirt and a leather vest.

Ken’s new image fell in love … but with an unplanned audience. 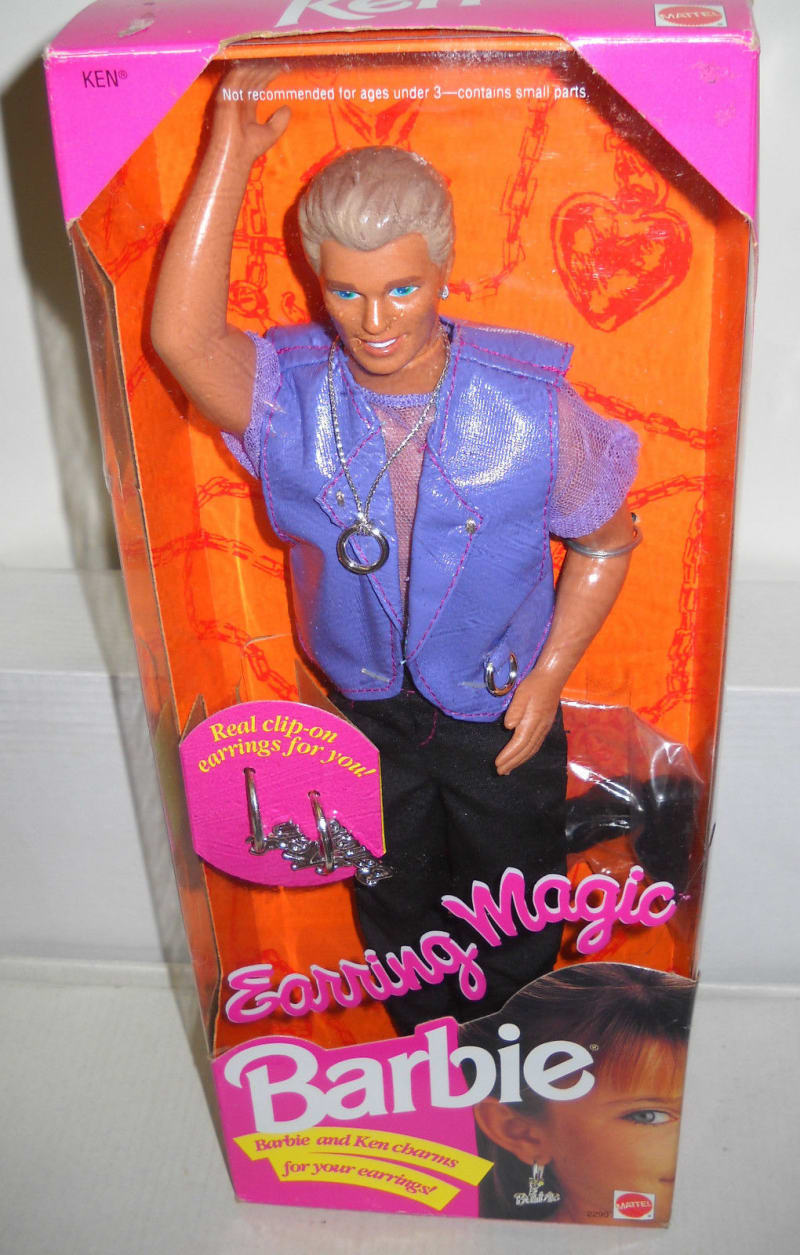 The Ken who became the standard bearer of the LGBT community

The Earring Magic Barbie line was released with the full support of Mattel’s marketing, but soon several parenting groups in America began to complain that this “coolest” Ken was actually a “stereotypical gay in disguise.”

The clothes, the design of the hair and especially the ring around the doll’s neck (which some compared to certain sex toys) led gay men of the 90s to buy the Earring Magic Ken model in record numbers. Some sources like Buzzfeed even claim that he is the best-selling Ken in the history of Mattel.

The doll’s popularity within the LGBT community even prompted iconic sexual minority rights fighter Dan Savage to make a powerful essay promoting the toy.
It is not known for sure if this model is the best-selling Ken in the history of the brand, but what did happen is that Mattel quickly took the doll off the market and, according to an article in The Chicago Reader newspaper, it quickly became He apologized for the mistake as clearly his intention was not to make a doll with sexual connotations . Ironically, it is well known that Bild Lilli , the doll that Ruth Handler relied on to make Barbie, was an adult toy in Germany.

Today the Earring Magic Ken is a collector’s item that sells for high prices at online auctions on sites like eBay .

25 years away, it seems easy to laugh at Mattel’s mistake when designing this doll, but, as the How Stuff Works portal says, it must be remembered that at that time pop culture was flooded with stars like Prince and Right Said Fred .

Plans for a proposed methadone clinic in Vancouver’s Chinatown are drawing mixed reactions in the struggling neighbourhood that borders the Downtown Eastside. On Friday afternoon,...
Read more