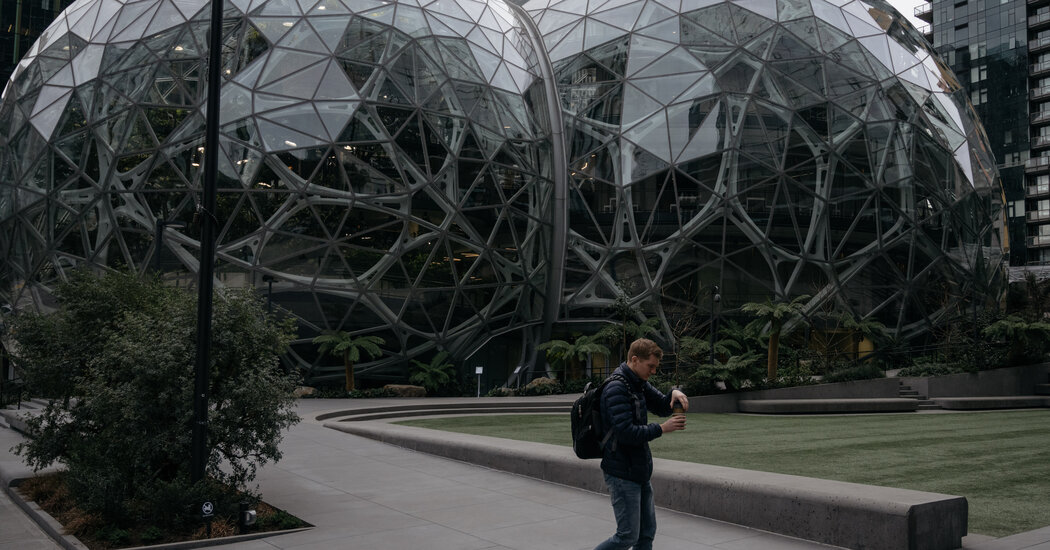 A House committee on Wednesday asked the Justice Department to investigate Amazon and some of its executives for criminal obstruction of a congressional investigation that included the e-commerce giant.

In a letter to Attorney General Merrick Garland, members of the House Judiciary committee accused the company of obstructing its 16-month antitrust investigation by refusing to turn over information and lying about how it treated third-party sellers on its platform.

“Throughout the investigation and in follow-up inquiries, senior executives at Amazon engaged in a pattern and practice of misleading behavior before the committee,” a bipartisan group of lawmakers including the House Judiciary committee chairman, Jerrold Nadler, Democrat of New York, said in the letter to the Justice Department. “Amazon and its executives must be held accountable for this behavior.”

During its investigation, which was opened in 2019, the House panel’s antitrust subcommittee focused on whether the company used data about its customers to advance the sale of its own private-label products over those of third-party vendors. The lawmakers in their letter said Amazon executives, including a lawyer who testified before the committee, repeatedly denied that the company used customer data to harm competition.

But The Wall Street Journal and The Markup reported later that former employees and internal documents revealed that the company used data to give Amazon products an unfair boost over competitors and that the company also used its ranking systems to feature company products over those of third-party sellers.

“Amazon was caught in a lie,” the lawmakers wrote in their letter.

Tina Pelkey, a spokeswoman for Amazon, said in a statement on Wednesday that the lawmaker’s concerns were unfounded.

“There’s no factual basis for this, as demonstrated in the huge volume of information we’ve provided over several years of good faith cooperation with this investigation,” she said.

A spokeswoman for the Justice Department said the agency had received the letter and was reviewing it.

The letter intensifies pressure on federal regulators to rein in the power of Amazon. The House committee accused Amazon of abusing its position in online commerce to harm competitors that rely on the online platform to sell goods. The panel’s antitrust subcommittee also accused Amazon and other tech giants, including Facebook, Google and Apple, of abusing their monopoly power and called for sweeping changes to antitrust laws to curtail the dominance of the Silicon Valley giants.

The Federal Trade Commission opened an antitrust investigation into Amazon about two years ago, and the agency is also reviewing the company’s proposed $8.45 billion merger with Metro-Goldwyn-Mayer, the Hollywood studio. Before becoming F.T.C. chair, Lina Khan was known for a paper she wrote for the Yale Law Journal called “Amazon’s Antitrust Paradox,” which argued that even if it offered more convenience and lower prices for consumers, the company had abused its dominance.

Comment on The Project Champion: A Management Best Practice by Justin Parks

At the start of every project, hopes are always high. Expectations will be exceeded. Deliverables will be timely. Customers will be amazed with the...
Read more