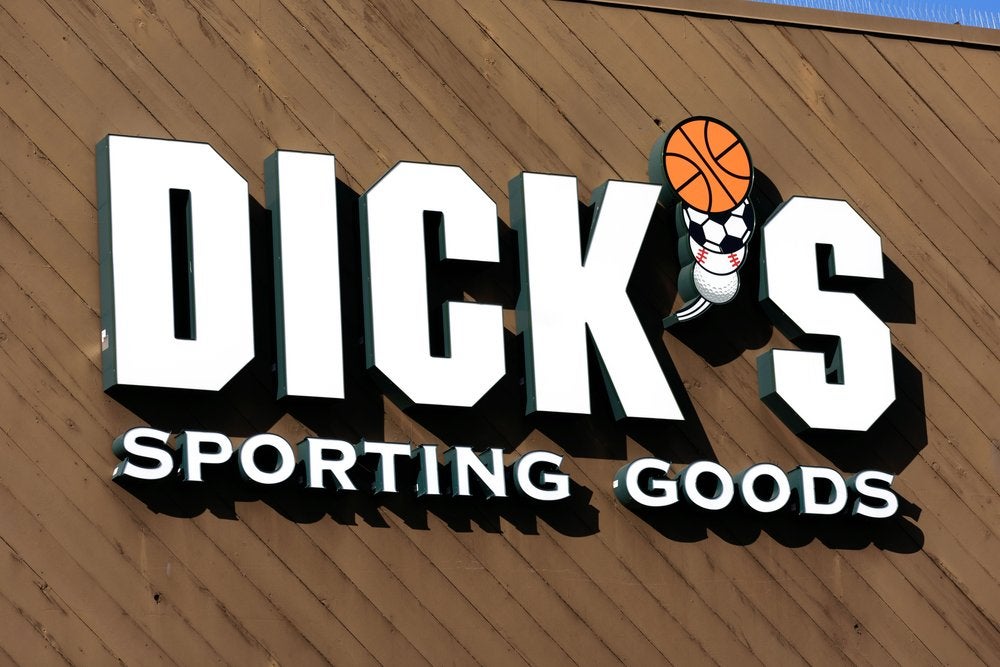 This story originally appeared on MarketBeat

Dick’s Sporting Goods (NYSE:DKS) will give investors one of the last data points to consider before Black Friday when it reports earnings on November 23. The report will give investors a preview of what the retailer projects for the upcoming holiday season. And that may push the stock to not only a new 52-week high, but a new all-time high.

That being said, Zacks is reporting that earnings estimates are rising prior to earnings which is usually a sign that a stock is ready to move higher.

The Bullish and Bearish Case

DKS stock is up 146% in the last 12 months. This could lead some investors to believe that the rally is over. The bulls and the bears each have a case. From a bullish perspective, the stock does appear to be reasonably valued. The stock’s price-to-earnings ratio is 11.68 which is slightly below the average of its peers of 12.69.

On the bearish side, the company has seen its earnings per share grow at a rate of over 17% in the last five years. That is projected to slow down significantly in the next five years. Since earnings growth is one of the primary drivers of stock price growth, it could suggest that DKS stock has much of its growth already priced in.

What are the factors that will contribute to earnings. First, the company is likely to show strong back-to-school sales which also corresponded to the kickoff of fall sports season. Investors will also want to hear that the company is showing continued strength in its omnichannel model.

And going forward, some analysts are bullish on the company’s recent announcement that they are expanding their partnership with Nike (NYSE:NKE). This first-of-its-kind collarboration will allow customers to “connect their DICK’S Scorecard and NIKE Membership accounts through the DICK’S mobile app… providing an easy-to-use platform where customers can seamlessly shop an expanded selection of NIKE footwear and apparel.”

In addition, the company is continuing to expand on the renewed interest in outdoor sports in general, and golf in particular. Dick’s recently opened its second Public Lands Store as well as is second Golf Galaxy Performance Center.

Will History Repeat Itself?

In the last two quarters, DKS stock has dipped before earnings. However, in both cases, the stock has rallied to move on to what was, at the time, an all-time high. With the stock down 1.5% in early morning trading on November 19, it appears that pattern could be setting up again. If so, investors have an opportunity to buy this stock before it breaks through its current level of resistance and moves higher.

One factor that can help push it higher will come from the company’s guidance. Dick’s Sporting Goods raised its full-year forecast during its last earnings report. Analysts will be looking for more of the same.

Should You Buy DKS Stock?

In a six-week span between Labor Day and mid-October, the DKS stock price dropped 20%. One simple explanation for the drop was that the ex-dividend date passed for the $5.50 special dividend the company announced in its third-quarter earnings report. That dividend was paid to all stockholders of record at the close of business on September 10, 2021.

However, since that point, DKS stock has recovered most of that loss and is once again moving towards its 52-week high. That’s in line with the S&P 500 Index which continues to trade at new highs. The stock is in a bullish pattern with a pattern of higher highs and higher lows.

The Pentagon said Friday evening it had observed another Chinese spy balloon — this one in Latin America — just hours after revealing that...
Read more

Personalized Notepad Options for Your Business

If you buy something through our links, we may earn money from our affiliate partners. Learn more.Have you ever considered getting notepads personalized with...
Read more