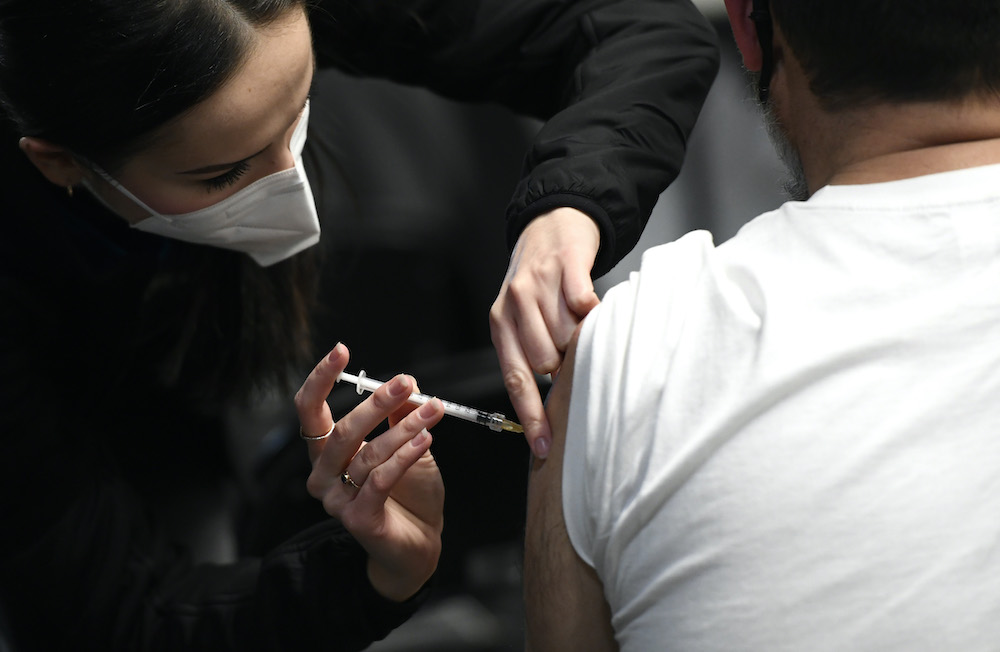 The deputy mayor for a township just outside of Guelph, Ont., pulled no punches on Monday during a council meeting as he took aim at the remaining COVID-19 mandates still in place.

Guelph Eramosa Township Coun. Corey Woods, who is unvaccinated and tested positive for the virus last Thursday, accused the federal and provincial governments of fear-mongering and said society is villainizing people who choose not to get the required shots.

“I literally hate the way Canadians are and North Americans are. Let’s vilify everybody for not getting forced to be vaccinated,” Woods said while attending the meeting virtually.

“It’s disgusting the way we are in Canada right now and I would have been disappointed if I didn’t say something so I’m just making this announcement now and hopefully, all of the discriminatory practices on all levels of government for vaccine mandates and vaccine protocols are all lifted.”

Woods said he believes his children brought the virus home from school last Tuesday and he then tested positive two days later while experiencing some muscle soreness. Since then, he said he has had no symptoms.

Woods has been a councillor in Guelph Eramosa since 2010 and was appointed deputy mayor in August 2021.

His fellow councillors and Mayor Chris White did not make any comments following Woods’ speech and the meeting carried on.

In February 2021, a deputy mayor in the neighbouring Township of Centre Wellington was stripped of his title for his anti-lockdown views.

The group’s aim was to challenge COVID-19 policies, such as lockdowns and stay-at-home orders.

At the time, VanLeeuwen said many of his constituents were worried that their voices were not being heard because of the provincial and federal governments’ top-down approach.

“I just felt like this is a good opportunity for the average person like you and I to push from the bottom up and say, you know what, we’re not happy with this. We’re not content to see this approach,” said Vanleeuwen.

It’s unclear if any similar action will be taken against Woods following his comments. Global News has reached out to White for comment.