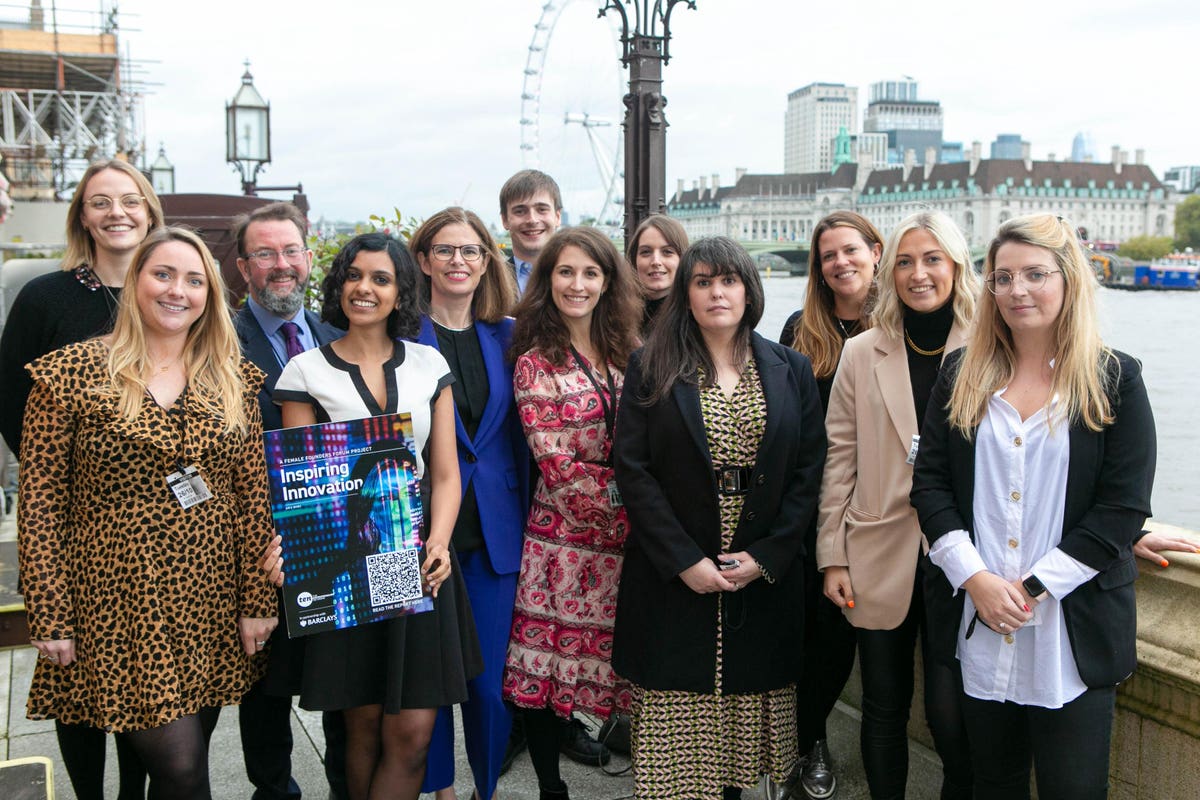 Equality doesn’t happen overnight. In 1902, a delegation of women’s textile workers from Northern England presented a 37,000 signatory petition to Parliament demanding votes for women, but it was not until 1918 until women over 30 were able to vote, and not until 1929, at the so-called “Flapper Election,” when younger women could do so too.

Interestingly, there is plenty of divergence between different sectors. GreenTech businesses have closed the gap with female-founded companies making up 34% of businesses in the sector but raising 42% of all equity funding. However, in other areas, the share of equity funding remains persistently low. In AI, for example, female founders receive only 2% of funding, while making up 11% of founders.

Katherine Morgan, Head of High Growth & Entrepreneurs at Barclays, which partners with us on the Female Founders Forum, commented: “It’s inspiring to see female entrepreneurs leading the charge in GreenTech. In the run up to COP26, innovations from these companies will be vital in helping the U.K. reach its target of net zero by 2050. However, despite this sector setting the standard, overall progress is stagnant – and we need investors to help women in all sectors succeed.”

There are plenty of policy recommendations in the report – everything from changes to statutory shared parental pay to tackling the STEM drop-off rates. But I’ll focus on two here: the first because I think it’s probably the biggest lever for change, and the second because it’s one you won’t have read before.

First, I’ve written about it before, but it can’t be repeated often enough: if we want more equal funding from venture capital, we need the VC industry itself to be more equal.

Outlining reasons for the gender funding gap, author Aria Babu said: “VCs invest in people like them, so with half of firms not having any female investors – and only 13% of all senior decision-makers in the industry being women – female founders start out massively on the back foot. It’s very telling that once they receive equity investment, women are just as likely to successfully raise second and third funding rounds as men are – the problem is getting on that first rung of the ladder.”

The report urges VCs to review their talent pipelines and hiring practices to bring in more women at both junior and senior levels, and to expand their networks to engage with more female founders. In other areas, though, it is the Government that it calls to action, with recommendations including amending staff-to-child ratios to make high-quality childcare more affordable and introducing statutory shared parental pay to allow more equal sharing of family responsibilities so female entrepreneurs can focus more on their businesses.

The report was endorsed by the Women and Equalities Select Committee Chair, Caroline Nokes MP: “I support calls for a more diverse venture capital industry, to tackle the ‘leaky pipeline’ of talent in STEM, and suggest ways to make childcare more accessible for working mothers. We cannot afford to have a recovery designed by men for men. As this report spells out, we will all end up poorer and less able to tackle the challenges of the next few decades if women are held back from founding companies and achieving their full potential as entrepreneurs, scientists, and inventors.”

Second, and less obviously, we should densify entrepreneurial hubs to help female founders.

Women are more likely to have to make sacrifices in their careers to juggle their caring responsibilities, so being able to easily travel between home and work really matters. As Babu argues, the main reason for a lack of housing is that the U.K. planning system makes it difficult to build new homes in these hubs.

Babu recommends a policy set out by Policy Exchange in their paper Strong Suburbs: “The idea is that residents on a street should, via a vote, be able to agree to build more densely on their own street. For example, a street of suburban bungalows could agree on the right to create Georgian-style terraces. In many cases the extra floorspace offered by such a ‘street plan’ would greatly increase the value of their homes, and give them a strong reason to agree to densify. These proposals would foster intensification close to existing transport, town centers and hubs.”

Getting from 7% to 15% hasn’t come easily. If we’re to progress further, we’ll need multiple policy changes – and, as the report acknowledges, more than just the government. But taken together, we can make a difference.

And the prize is huge. Women in the U.K. found fewer businesses than their counterparts in otherwise similar countries, like Australia and the Netherlands. This creates an opportunity for a £200 billion uplift in our economic growth.