Goodbye to the ‘Office Mom’ 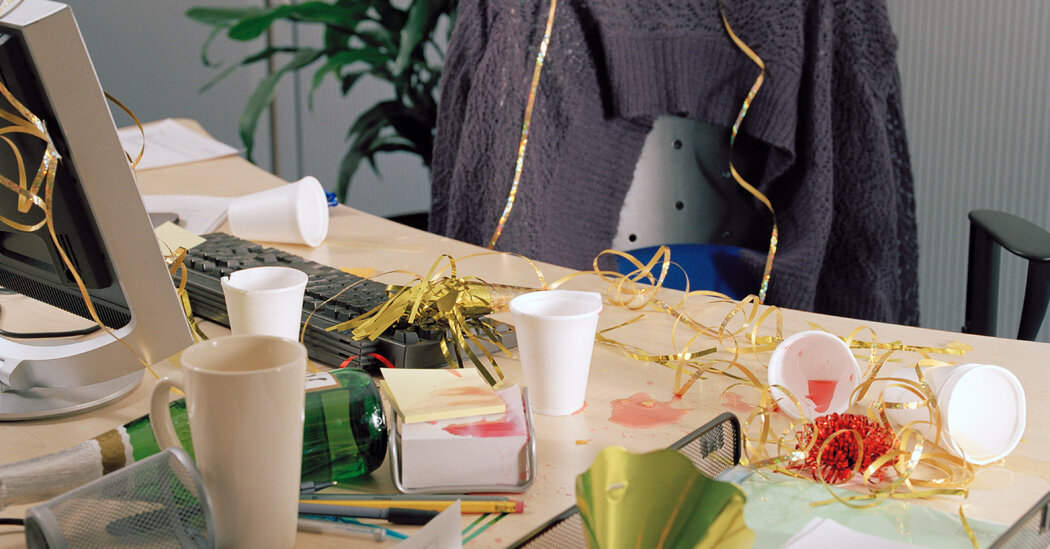 If cultivating a certain kind of workplace culture is important, it shouldn’t be extra work that goes compensated, researchers say.

In May, the chief executive of Washingtonian Media, which publishes a D.C.-area magazine, wrote an opinion essay in which she fretted over “the erosion of office culture” because of remote work.

“I estimate that about 20 percent of every office job is outside one’s core responsibilities — ‘extra,’” Cathy Merrill, the C.E.O., declared in The Washington Post. “It involves helping a colleague, mentoring more junior people, celebrating someone’s birthday — things that drive office culture.” Ms. Merrill then intimated that people who worked remotely might be demoted to mere contractors for not participating in this “extra” 20 percent.

Who tends to be this office glue, holding workplace culture together with care? According to decades of academic research, it’s women. Though women make up roughly half of professional and managerial workers, they are more likely to volunteer for what’s colloquially known as “office mom” tasks, like planning parties, doing office housework or resolving an office conflict (all of which, it should be noted, can be done remotely).

Certainly these underappreciated tasks exist in many fields — female nurses organizing breakfasts for the staff on their floor, for example — but here we’re talking about white-collar office jobs, which have been reshuffled more radically during the pandemic because they can be accomplished from home.

When women are not volunteering, they’re more likely to be “voluntold” to do this kind of work, said Linda Babcock, a professor of economics at Carnegie Mellon University.

“Both male and female managers were more likely to ask a woman to volunteer than a man,” Ms. Babcock and her co-authors found in their research. “This was apparently a wise decision: Women were also more likely to say yes.”

Ms. Babcock studies the gender gap in these types of obligations, which she refers to as “non-promotable” tasks, because they are usually not reflected in performance evaluations. As some remote workers may return to offices in the coming months, she said, there are a few approaches employers can take to make this work more equitable: Cut down on it significantly, consciously distribute it evenly among all employees, or make it part of a person’s job description and change it from a non-promotable task into a promotable one.

Punishing employees for not doing these tasks, as Ms. Merrill suggested, may not be a wise option. Her employees went on strike shortly after her essay appeared, refusing to publish anything for 24 hours.

“As members of the Washingtonian editorial staff, we want our CEO to understand the risks of not valuing our labor,” employees posted on Twitter in unison. “We are dismayed by Cathy Merrill’s public threat to our livelihoods. We will not be publishing today.” Ms. Merrill later apologized.

Still, a lot of these non-promotable tasks are important for the proper functioning of an office, Ms. Babcock pointed out, and if it’s rewarded, people will clamor to do it — it will no longer be seen as drudgery. Perhaps in a postpandemic world this work, and the people who do it, will be valued in a real way, and it will take place during actual business hours. If you have caregiving responsibilities of any kind, an after-work “team building” dinner may mean having to arrange for and pay a babysitter or risk being penalized for not participating. Women are more likely, too, to be caregivers for children and others in their family.

In addition to everything else, the pandemic has made visible many types of labor that were once invisible. Managers can learn to honor all of this work, historically done mostly by women, in more concrete ways.