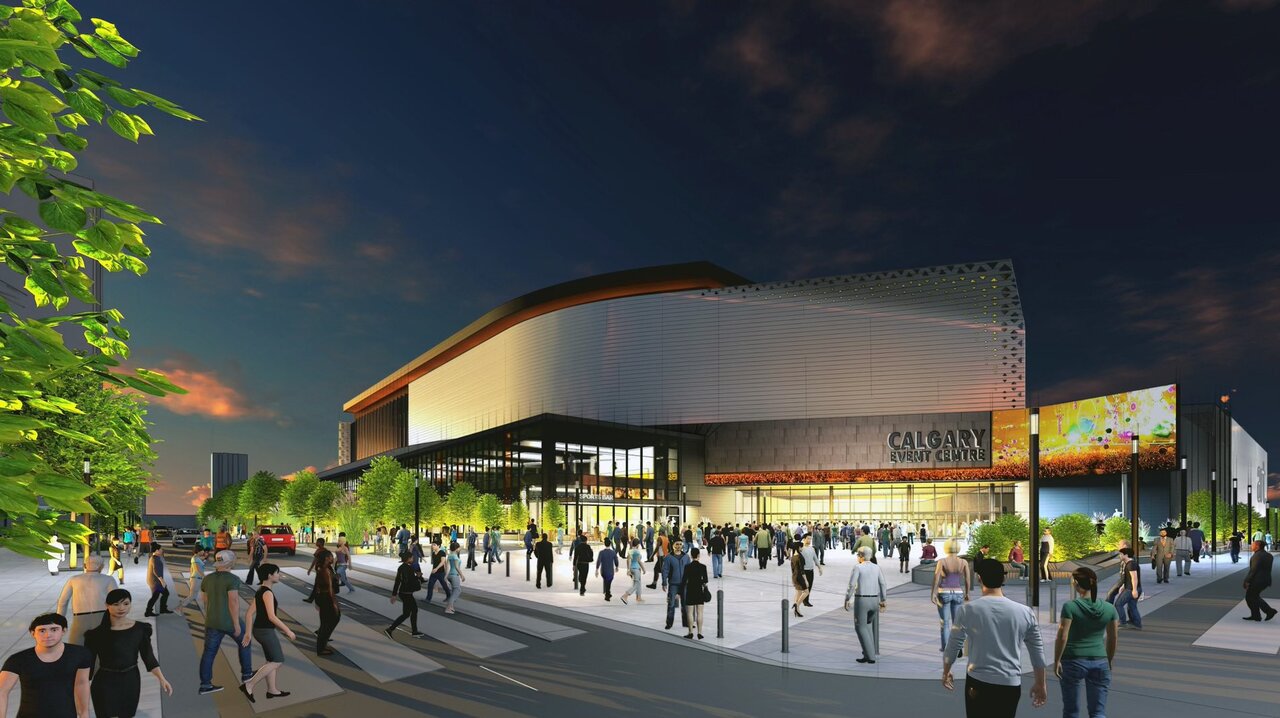 During an update on COVID-19 on Wednesday, Mayor Jyoti Gondek said “many parties” are interested in seeing the arena project through, and the city will look at other ways to complete it.

“There are partners in the Entertainment and Cultural District that want to see success of a city-building vision, of that district to come alive,” Gondek said. “Now is the time to look holistically at the district itself, rather than trying to build the district around a single project.”

Construction was set to begin on the new home for the Calgary Flames in the east end of downtown this month, but prior to the holidays, the Calgary Sports and Entertainment Corp. (CSEC) notified the mayor it would not be proceeding with the project.

CSEC said at the time the $608.5-million event centre would cost more than $634 million due to supply chain issues and inflationary pressures, as well as additional costs for climate mitigation and sidewalk improvements as part of the Calgary Planning Commission’s list of conditions attached to the approval of the development permit.

In a statement on Tuesday, CSEC said under the current circumstances, it does “not see a path forward that would create a viable partnership with the city, which is essential for a new event centre to become a reality.”

Gondek told reporters there were several factors that played a role in the collapse of the deal, including the COVID-19 pandemic.

“The extension of the current deal meant operating within its limitations, and COVID has wreaked havoc on supply chains and it has impacted this project and many others,” Gondek said.

The event centre deal was officially terminated after both sides of the agreement didn’t provide written notice of construction by Dec. 31.

City councillors will be briefed on the situation surrounding the event centre deal and its termination at their first meeting of the year next Tuesday.

According to Gondek, council will discuss how they envision the project going ahead and “what next steps will look like.”

“I would like to make sure Calgarians understand that building an event centre is still the strategic direction of council,” Gondek said. “There are still many interested parties in that Entertainment and Cultural District that want to see it move forward.”

Prior to a Dec. 21 conversation between the city’s mayor and Flames owner Murray Edwards, the city has not been in negotiations with CSEC since July 2021, Gondek said.

It was in those adjustments to the deal that it was revealed the arena cost had increased from its original price tag of $550 million, and that both sides would put forward more money with CSEC taking on all additional cost overruns and control over project management of the event centre.

Gondek said she doesn’t have unilateral powers to re-enter negotiations with CSEC, and that would require a decision by city council as a whole.

“It’s time to sit down and understand how new operating models could potentially work in everyone’s best interest, including the public that city council serves,” Gondek said.

“There is tremendous opportunity to get this district right, with a proper event centre as well as other components; but it seems it needs to be unshackled from the limitations of the deal that was struck in July 2021.”

CSEC has said the Flames would continue to play in the Saddledome for “many years to come.”

–with files from Adam Toy and Jodi Hughes, Global News

A man accused of attempting to recruit a young victim to work in the sex trade has coached high-school-aged girls in basketball for the...
Read more