FTC Chair Lina Khan on the Problems with Noncompetes 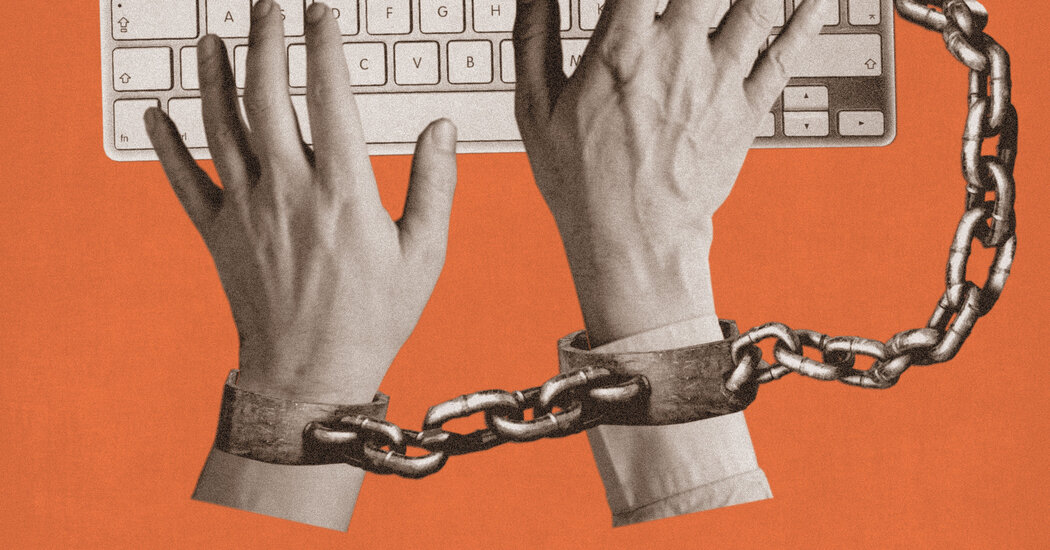 Economic liberty, not just political liberty, is at the heart of the American experiment. You’re not really free if you don’t have the right to switch jobs or choose what to do with your labor. But millions of American workers can’t fully exercise that choice because of a provision that bosses put into their contracts: a noncompete clause.

When you’re subject to a noncompete clause, you lose your right to go work for a competing company or start your own, typically within a certain geographic area and for a certain period of time. Unless you’re willing to move hundreds of miles away or take a huge pay cut to restart your career from scratch, a noncompete can effectively lock you into a job. That’s a clear restriction of individual liberty.

But the aggregate impacts of noncompetes go even further. A body of empirical research shows that they also inflict major harm across the economy. In fact, even if you aren’t personally bound by one, noncompetes may be costing you money.

Noncompetes were long assumed to apply mainly to high-level executives with access to sensitive corporate information. But their use has exploded in the past few decades, extending far beyond the boardroom. Today, experts estimate that one out of every five American workers, or about 30 million people, is bound by a noncompete. Studies and media reports have found noncompetes routinely invoked against fast-food workers, arborists and manual laborers, to name a few examples. Just this week, the Federal Trade Commission, where I am chair, settled allegations against a company in Michigan that prohibited its workers — security guards earning at or near the minimum wage — from going to work for a competitor within a 100-mile radius of their job location for two years. Each worker who violated the noncompete would have been liable for $100,000.

In theory, noncompete clauses promote investment and innovation by assuring companies that their employees can’t run off with valuable secrets. And, again in theory, workers should be paid more in exchange for agreeing to sign a contract that restricts their autonomy. But the reality looks very different. We know this because over the past few decades, several states restricted the enforceability of noncompete clauses to various degrees, usually because of court decisions. This created natural experiments, allowing researchers to draw causal inferences about their impact.

Their most staggering finding: Noncompete clauses systemically drive down wages, even for workers who aren’t bound by one. Every worker stuck in a job represents a position that isn’t opening up for someone else. And if employers know their workers can’t leave, they have less incentive to offer competitive pay and benefits, which puts downward pressure on wages for everyone.

Survey data backs up what most people know through experience: Only a small percentage of workers actually bargain over noncompete clauses. In fact, employers often spring them on workers after they’ve accepted a job, when their bargaining power is effectively zero. Surveying the literature, F.T.C. economists conservatively estimate that noncompetes suppress American workers’ income by roughly 3 percent to 4 percent, or $250 billion to $296 billion.

Perhaps this would be more forgivable if noncompetes really did spur innovation, helping companies take big swings and bold risks. But here, too, the real-world evidence reviewed by the F.T.C. undermines the theory. As the name implies, noncompete clauses tend to make markets less competitive. Rather than encouraging dynamism and new ideas, they can enable stale incumbents to lock out new rivals.

Start-ups are historically a key driver of job creation and innovation, but several studies have found that noncompetes reduce entrepreneurship and start-up formation. How can a new business break into the market if all of the qualified workers are locked in? Or if the would-be founder is bound by a noncompete?

When you add it up, the evidence to date suggests that noncompetes suppress wages, reduce competition and keep innovative ideas from breaking into the market. One study even found that noncompetes lead to higher prices for consumers by reducing competition in the heavily concentrated health care sector.

Noncompetes are the type of restriction that Section 5 of the F.T.C. Act, a federal law passed by Congress more than a century ago, is supposed to prevent. That’s why the F.T.C. last week proposed a rule forbidding companies to subject workers to noncompetes. Under the proposal, noncompetes would be designated an “unfair method of competition,” which the law prohibits. The rule would apply to professions across the board — janitors, nurses, engineers, journalists. Because employers often try to use noncompetes even when they’re unenforceable, the rule would require companies to proactively notify employees currently subject to noncompetes that those restrictions are now void.

People might worry that eliminating noncompetes would make it impossible for companies to hold on to their secrets. But there is good reason to believe that more-targeted alternatives, such as nondisclosure agreements and trade secret law, would get the job done without imposing such a burden on the economy.

We have already seen what life looks like without noncompetes because they have been legally unenforceable in California since the 19th century. Somehow, that hasn’t kept the California economy — the world’s fifth-largest — stuck in the Stone Age. Some observers have even suggested that Silicon Valley became the epicenter of America’s tech industry precisely because noncompetes were unenforceable there. As the law professor Ronald Gilson and others have argued, technological progress benefits from the free flow of workers — and knowledge — between companies and start-ups. Tying down workers through noncompetes risks blocking this progress.

In the wake of the economic recovery from the pandemic, we continue to see a strong labor market and unusually high turnover, with employers complaining that they can’t hire qualified workers. These circumstances only underscore the importance of allowing workers to freely match with the jobs that are right for them. Noncompetes prevent that from happening. Removing them would unlock a tremendous pool of talent, helping employers find and hire the workers they need.

At this stage, the F.T.C.’s proposed rule is just that — a proposal. The public is invited to weigh in during the open commenting period. Hearing from a broad range of voices — including entrepreneurs, employers and workers who have been subject to noncompetes — will help ensure that our efforts are based in reality, not abstract theories.

A thriving, dynamic economy depends on fair competition — not just for consumers, but also for workers. We should be skeptical of any methods designed to prevent it.

Lina M. Khan is chair of the Federal Trade Commission.

Brand recognition is one of the hardest achievements of any sized business. However, once it is achieved it has a huge payoff. As the...
Read more