Florida hit by its deadliest COVID-19 wave yet, driven by Delta variant surge 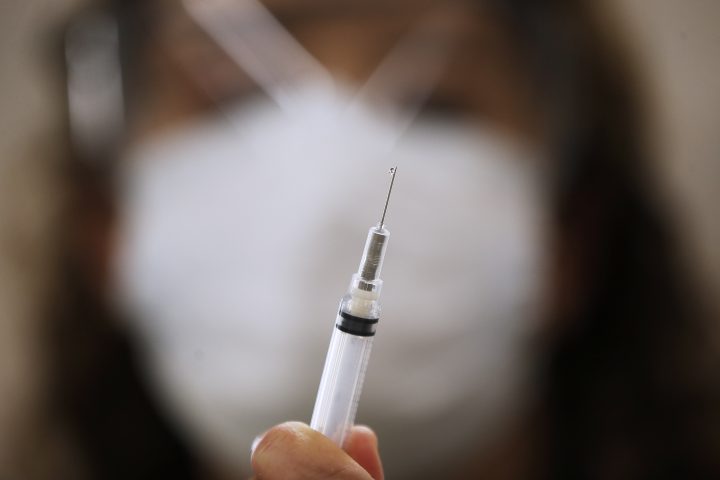 A woman died of the virus, and as her family was planning the funeral, her mother was also struck down. An aunt took over arrangements for the double funeral, only to die of COVID-19 herself two weeks afterward.

“That was one of the most devastating things ever,” said Bright, who also arranged the funeral last week of one of his closest friends.

Florida is in the grip of its deadliest wave of COVID-19 since the pandemic began, a disaster driven by the highly contagious delta variant.

While Florida’s vaccination rate is slightly higher than the national average, the Sunshine State has an outsize population of elderly people, who are especially vulnerable to the virus; a vibrant party scene; and a Republican governor who has taken a hard line against mask requirements, vaccine passports and business shutdowns.

As of mid-August, the state was averaging 244 deaths per day, up from just 23 a day in late June and eclipsing the previous peak of 227 during the summer of 2020. (Because of both the way deaths are logged in Florida and lags in reporting, more recent figures on fatalities per day are incomplete.)

Hospitals have had to rent refrigerated trucks to store more bodies. Funeral homes have been overwhelmed.

Cristina Miles, a mother of five from Orange Park, is among those facing more than one loss at a time. Her husband died after contracting COVID-19, and less than two weeks later, her mother-in-law succumbed to the virus.

“I feel we are all kind of in a weird dream state,” she said, adding that her children are grieving differently, with one shutting down, another feeling inspired to pass a hard swimming test, and the oldest going about her life as usual.

Hospitals have been swamped with patients who, like Miles’ husband and mother-in-law, hadn’t gotten vaccinated.

In a positive sign, the number of people in the hospital with COVID-19 in Florida has dropped over the past two weeks from more than 17,000 to 14,200 on Friday, indicating the surge is easing.

Florida made an aggressive effort early on to vaccinate its senior citizens. But Dr. Kartik Cherabuddi, a professor of infectious diseases at the University of Florida, said the raw number of those who have yet to get the shot is still large, given Florida’s elderly population of 4.6 million.

“Even 10% is still a very large number, and then folks living with them who come in contact with them are not vaccinated,” Cherabuddi said. “With delta, things spread very quickly.”

Cherabuddi said there is also a “huge difference” in attitudes toward masks in Florida this summer compared with last year. This summer, “if you traveled around the state, it was like we are not really in a surge,” he said.

Gov. Ron DeSantis has strongly opposed certain mandatory measures to keep the virus in check, saying people should be trusted to make decisions for themselves. He has asserted, too, that the spike in cases is seasonal as Floridians spend more time indoors to escape the heat.

At his funeral home in Tampa, Bright is working weekdays and weekends, staying past midnight sometimes.

“Usually we serve between five and six families a week. Right now, we are probably seeing 12 to 13 new families every week,” he said. “It’s nonstop. We are just trying to keep up with the volume.”

He had to arrange the burial of one of his closest friends, a man he had entrusted with the access code to his house. They used to carpool each other’s kids to school, and their families would gather for birthday and Super Bowl parties.

“It is very, very difficult to go through this process for someone you love so dearly,” he said.

Pat Seemann, a nurse practitioner whose company has nearly 500 elderly, homebound patients in central Florida, had not lost a single patient during the first waves. And then the variant she calls “the wrecking ball” hit.

In the past month, she lost seven patients in two weeks, including a husband and wife who died within days of each other.

“I cried all weekend. I was devastated, angry,” she said.

Overall, more than 46,300 people have died of COVID-19 in Florida, which ranks 17th in per-capita deaths among the states.

The majority of the deaths this summer — like last summer — are among the elderly. Of the 2,345 people whose recent deaths were reported over the past week, 1,479 of them were 65 and older — or 63%.

“The focus needs to be on who’s dying and who’s ending up in the hospital,” Seeman said. “It’s still going after the elderly.”

But the proportion of under-65 people dying of COVID-19 has grown substantially, which health officials attribute to lower vaccination rates in those age groups.

Aaron Jaggi, 35, was trying to get healthy before he died of COVID-19, 12 hours after his older brother Free Jaggi, 41, lost his life to the virus. They were overweight, which increases the risk of severe COVID-19 illness, and on the fence about getting vaccinated, thinking the risk was minimal because they both worked from home, said Brittany Pequignot, who has lived with the family at various times and is like an adopted daughter.

After their death, the family found a whiteboard that belonged to Aaron. It listed his daily goals for sit-ups and push-ups.

“He was really trying,” Pequignot said.