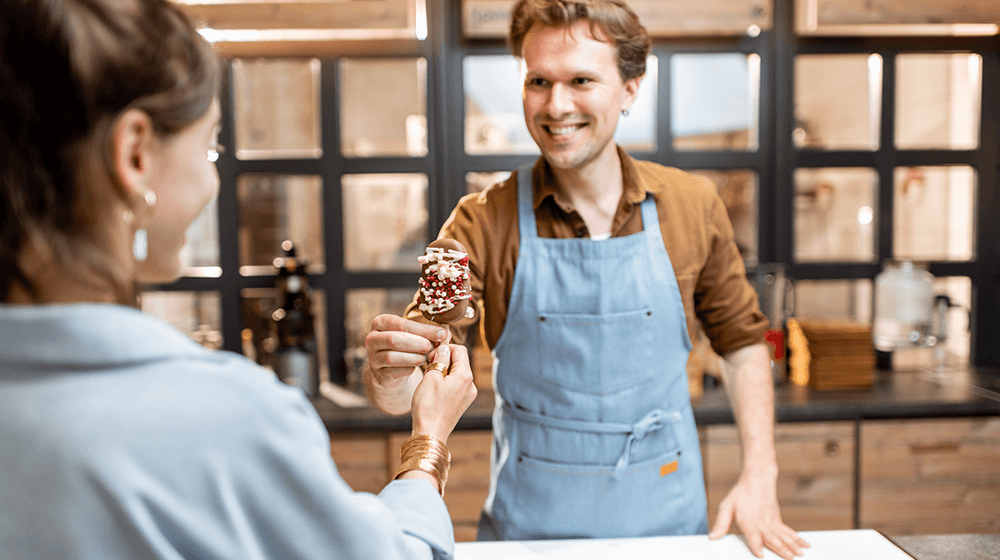 The last couple of years have been hard on small businesses with the pandemic causing many closures across the country, but there are a few Christmas miracles around too to warm our hearts and give us hope for the future.

Small Businesses Get a Christmas Miracle

Here we share some feel good stories from small business owners at this special time of year.

After the pandemic cancelled last year’s Christkindlmarket at Daley Plaza in Chicago, the organizers and vendors have pulled off a Christmas miracle by managing to reopen the special market this year. Now visitors can enjoy the signature smells of fresh schnitzel and cocoa that have become a tradition for locals at this time of year.

CBS Chicago spoke to Kate Bleeker, director of Christkindlmarket, who said: “We are just really excited to be back especially after last year, especially for such a big anniversary. It’s like being reunited with family!

“From the travel restrictions, to the freight issues and delays in shipping, the labor shortage, to getting our vendors here from Europe – we try to stay as optimistic as possible. There were definitely times where it seemed a little daunting.”

There will be some differences to the market this year due to the ongoing pandemic, such as the use of QR codes instead of pamphlets. Masks will also be required inside all the indoor spaces.

“Guests who are out in the market who get food and don’t have a reservation can still have the warming tent where they can eat as well,” added Bleeker.

There’s family fun happening at Truist Field in Uptown Charlotte in the form of the Light the Knights and Charlotte Christmas Village events. As reported by Spectrum News, the event helped participants including many small businesses to pay their bills last year during the inaugural event, and they are hoping for the same kind of Christmas miracle this year.

One of the concession stand workers, Seth Towle, said of the event: “It helped me to get through the winter at all, bills piling up and everything like that, it helped. And the people of Charlotte were very gracious and came out and were very generous and helped all of us.”

The first event last year was greatly helped by the Charlotte Knights Minor League baseball team who invested $150,000 to turn their home stadium into a dancing light show. The event brought in around 30,000 people to the experience the seasonal sights and sounds around Truist Field, with the first weekend of this year’s event already clocking up 13,000 visitors.

A story that shows the customer is always right now from WMBF News, who reported on the dramatic turn of events that saved an ice-cream shop from going out of business.

The family-owned Scoop N Swirl in Tega City, S.C., had been in business since 2002, but the pandemic had brought them on hard times. The locally popular ice-cream and cake shop was about to close its doors for good, until they received an early Christmas miracle from one of their very own customers.

Ray Zerrusen had been buying his wife’s birthday cake from the shop every year for the last 17 years. When he heard the place was going out of business, he knew he had to do something about it. That something was to buy the business himself in partnership with his wife Shannon. Now the retired previous owners are teaching Ray and Shannon how to prepare all the delicious ice-cream and cakes so the regulars can keep enjoying their beloved treats.

Another business due for closure also received a Christmas miracle, this time in Albany, Georgia. The news channel KION 5/46 reported that the owner of the Broken Heart bakery posted a heart-breaking message on the bakery’s Facebook page revealing the business was closing down.

Britny Wray said in the message: “After careful thought and consideration we have decided that financially, the Broken Heart Bakery will not be able to continue to operate. Unless we win the lottery or experience a Christmas miracle, our last day of operation will be December 23.”

Britny also thanked everyone for their support and encouraged everyone to continue sharing their love throughout the holidays. It seems her positive message was certainly well received.

Britny received a phone call from local business Southern Krate Kitchens who proposed a partnership that allowed her to maintain the controlling interest in Broken Heart. They would also provide her with their knowledge of business and the food industry that Britny hopes will not just save the bakery, but take it to the next level.

“Running a small business has been the hardest thing I’ve ever done. It consumes your life because you wear so many hats. It’s been the biggest learning experience of my life.”

That learning experience can now thankfully continue, with exciting times ahead for Britny and the Broken Heart bakery.

Halifax Regional Police have arrested a man accused of being involved in a “bail bondsman” scam targeting seniors that lost victims thousands of dollars. In...
Read more

‘If You’re Sick, You Need to Come Prove It’: Olive Garden Manager Fired Over Disturbing Memo to Employees Asking for Time Off

Olive Garden is known for its unlimited soup, salad, and breadsticks deal — but according to one former manager, taking time off should be...
Read more