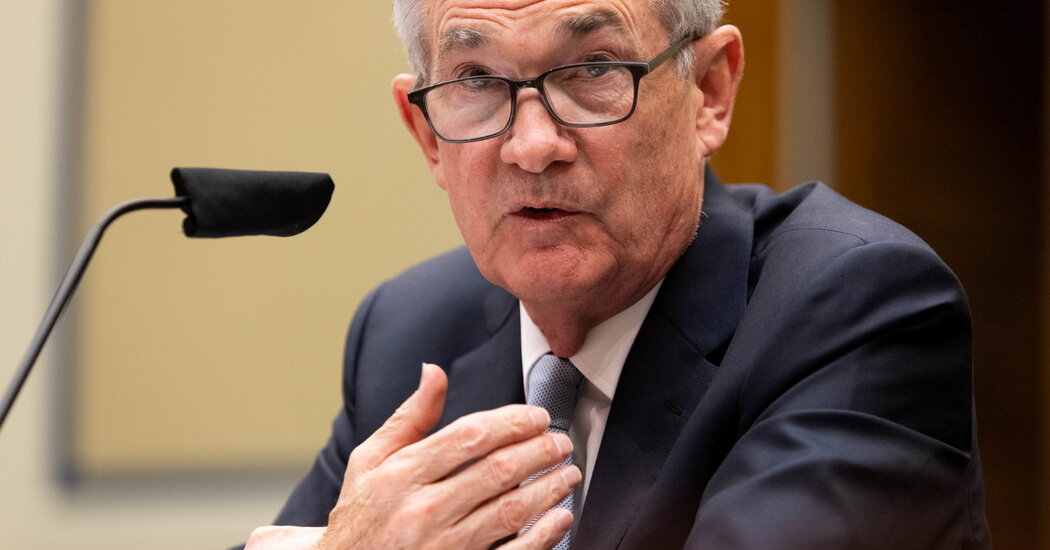 Federal Reserve officials continued to call a recent rise in inflation “transitory” even as it made many of them wary, minutes from their June meeting showed, and they debated details as they began to draw up a plan for moving monetary policy away from its emergency setting.

The details of the conversations — which underlined growing divisions within the central bank at a moment of intense uncertainty for the economy — were outlined in minutes of the June 15-16 meeting, which were released on Wednesday. The June discussion took place before the recent rise of the Delta variant reinforced that coronavirus outbreaks remain a front-and-center risk to the global economy, and also before a recent jump in oil prices.

Investors scoured the details, focused on the prospects for the Fed’s enormous bond-buying campaign, the fate of which is highly dependent on the outlook for growth and inflation. The Fed has also been in the spotlight as politicians and some economists have fretted about the risk of breakaway price increases. Yields on government debt have fallen recently, possibly reflecting concern about growth going forward.

What they found was a central bank that was optimistic about growth but increasingly worried that price pressures might last and divided over what comes next for policy. The 18 officials at the meeting, called “participants” in the release on Wednesday, said “economic activity was expanding at a historically rapid pace, led by robust gains in consumer spending,” but noted that inflation had risen faster than they had expected as supply bottlenecks, labor shortages and surging consumer demand converged.

“Members have been surprised by the speed and extent of the surge in inflation as the economy has reopened,” Ian Shepherdson, the chief economist at Pantheon Macroeconomics, wrote in a research note reacting to the release. But even as the inflation worriers have become louder, he wrote, “the voices pressing for patience will remain the most powerful.”

The Fed aims for 2 percent inflation on average, but price gains have come in on the high side this year as the economy reopens from the pandemic. The Fed’s preferred inflation gauge popped 3.9 percent in May from the year earlier, partly the result of data quirks but also reflecting rising prices for airfares, restaurant meals, used cars and hotel rooms. Increasing rents, which may prove more lasting, are also bolstering price indexes.

While central bankers still expect the recent bout of inflation to fade with time, “several” officials thought supply chain limitations and input shortages would keep prices rising quickly into next year. That caused many to strike a more concerned tone about the outlook.

“A substantial majority of participants judged that the risks to their inflation projections were tilted to the upside because of concerns that supply disruptions and labor shortages might linger for longer and might have larger or more persistent effects on prices and wages than they currently assumed,” the minutes said.

At the same time, “several” cautioned that inflation might still drop to uncomfortably low levels as temporary issues that are driving prices up today reverse. Before the pandemic hit, long-run trends like globalization, population aging and low demand had combined to lock in tepid inflation, and those forces may reassert themselves.

In the weeks since the Fed’s meeting, it has become clear that many of the central bank’s regional presidents are antsy about overheating. Top leaders including Jerome H. Powell, the chair, and John C. Williams, head of the powerful New York Fed, have maintained a more serene tone.

The reading on when and how bond purchases might slow — which the Fed has signaled will be the first step in removing its stimulus as the economy heals — was also anything but unanimous. The Fed is buying $120 billion in government-backed bonds each month, split between Treasury debt and mortgage-backed securities. The purchases stoke economic demand by keeping many kinds of borrowing cheap.

Fed policymakers have been clear that they want to see “substantial further progress” toward their goals of maximum employment and stable inflation that averages 2 percent over time before tapering off that buying. They are now beginning to discuss a plan for the “taper,” a conversation that the minutes said would happen over “coming meetings.”

Officials “generally judged that, as a matter of prudent planning, it was important to be well positioned to reduce the pace of asset purchases, if appropriate, in response to unexpected economic developments,” the minutes said.

But how that should happen was a topic of debate. “Several” participants were prepared to slow buying of mortgage-backed bonds sooner or faster than Treasury bond-buying, given how hot the housing market has become. Others saw no need to differentiate.

Central bank officials are also holding their policy interest rate at near-zero, where it has been since March 2020, to try to coax the economy and labor market back to full strength. The Fed has set a high standard for raising interest rates from rock bottom: They want a return to full employment and they want to have solidly achieved their inflation goal.

A set of economic projections released after the June meeting showed that officials increasingly expect to achieve those standards in the coming years. More than half projected two interest rate increases in 2023, and the share expecting rate increases as soon as next year increased.

A “few” officials “mentioned that they expected the economic conditions set out in the committee’s forward guidance for the federal funds rate to be met somewhat earlier than they had projected in March,” the minutes said.

But “several” said that “uncertainty around the economic outlook was elevated and that it was too early to draw firm conclusions about the paths of the labor market and inflation.”

Personalized Notepad Options for Your Business

If you buy something through our links, we may earn money from our affiliate partners. Learn more.Have you ever considered getting notepads personalized with...
Read more

A machine designed and built in Edmonton is being hailed as a medical breakthrough, expected to revolutionize the way cancer is fought. “It’s not often...
Read more