Federal prosecutors are looking into Lordstown, the electric truck company. 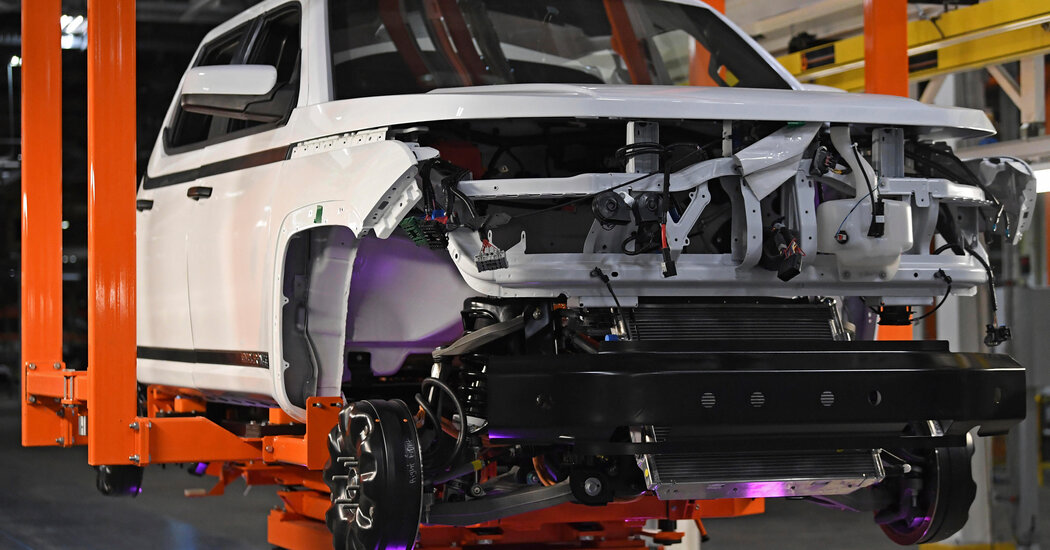 Federal prosecutors have opened an inquiry into business matters at Lordstown Motors, the embattled electric truck manufacturer that was already being investigated by securities regulators and recently turned over its top management team, according to two people briefed on the matter.

It was not clear what issues the prosecutors, with the U.S. attorney’s office in Manhattan, are looking into. The investigation is in its early stages and began recently, said the people, who were not authorized to speak publicly.

In February, the Securities and Exchange Commission opened an investigation into claims that Lordstown had made about the number of orders from commercial buyers for its electric truck, which the Ohio company has said it expects to begin manufacturing and selling later this year.

The company had disclosed previously that it had received two subpoenas from the S.E.C. seeking information about those pre-order claims and some aspects of its merger last year with DiamondPeak Holdings, a special purpose acquisition company put together by David Hamamoto, a real estate investor.

A spokesman for the U.S. attorney’s office declined to comment. The investigation by federal prosecutors was first reported on by The Wall Street Journal.

Representatives for the U.S. attorney’s office did not immediately respond to a request for comment.

In a statement, Lordstown said it was “committed to cooperating with any regulatory or governmental investigations and inquiries.” The company also said it was “looking forward to closing this chapter” so that its new leadership could focus on the production of its electric pickup truck, named Endurance.

In June, Lordstown’s founder and chief executive, Steve Burns, along with the company’s chief financial officer, resigned following the release of a report by the company’s board looking into Lordstown’s claims that it had nearly 100,000 pre-orders for it trucks. The report said Lordstown’s those claims “were, in certain respects, inaccurate.”

The board ordered the report after Hindenburg Research, an investment firm, issued its own report in March that focused on the pre-order claims and what it said were other misleading claims at the company. The Lordstown board’s report said it found little merit in most of Hindenburg’s claims. But shares of Lordstown, which once traded around $29 a share, have never recovered from the release of the Hindenburg report. The stock ended the day at $9.23, down 11 percent.

Lordstown was one of the more high-profile companies to go public by merging with a so-called SPAC. Such blank-check companies are created to raise money from investors for the sole purpose of buying an existing business.

Two other electric vehicle start-ups, Nikola and Canoo, have also come under regulatory scrutiny recently. The S.E.C. is investigating both companies, which went public through a SPAC. Nikola has also been subpoenaed by federal prosecutors.

Mr. Burns launched Lordstown in early 2019 as General Motors was looking for a buyer for a huge factory in Lordstown, Ohio. G.M. sold its factory to Mr. Burns’s company for $20 million and became an early investor in Lordstown. Workhorse Group, another electric vehicle company that Mr. Burns had founded, is also an investor.

The Jackson Women’s Health Organization was at the center of the case that overturned Roe v. Wade. Already, supporters are planning new ways to...
Read more

A 13-year-old girl has gone missing in the city, with her disappearance considered out of character leaving her family extremely worried. Police say Lila Smith...
Read more

Bands from across the province will converge for a two-day Psychedelic Rock festival in Kelowna and West Kelowna. The Tune it up Turn it Down...
Read more