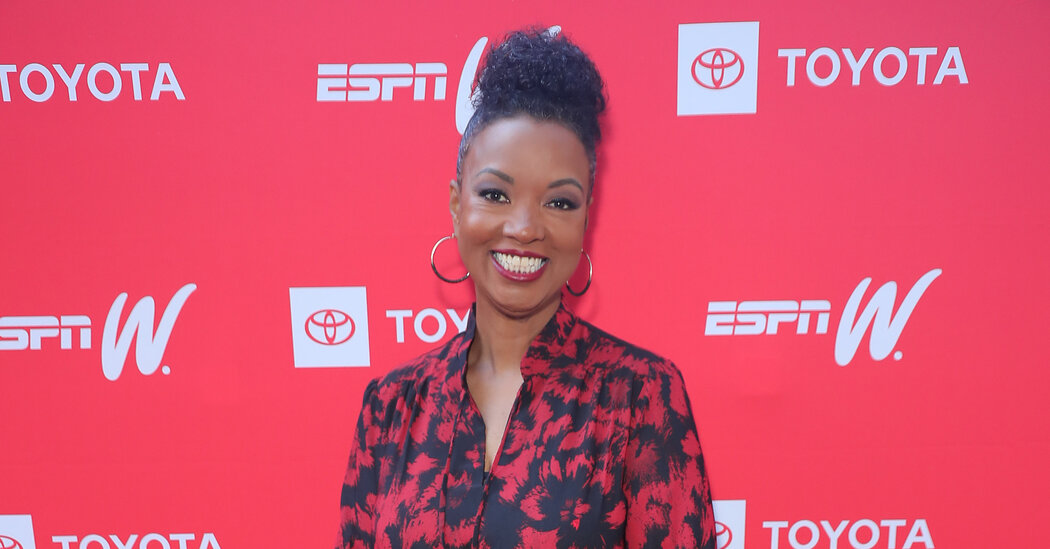 The operation will continue to cover the intersection of race, sports and culture but will expand into publishing, live events, music, TV and film.

“You may encounter many defeats, but you must not be defeated.” That quote, from Maya Angelou, inspired The Undefeated, an ESPN media platform that, from its start in 2016, has helped shape the national conversation by exploring the intersection of race, sports and culture from a Black point of view.

On Monday, ESPN said it would rebrand and expand the operation, which will now go by the name … Andscape.

“It’s time to talk about Black and everything,” Raina Kelley, Andscape’s editor in chief, said in a phone interview. “Far beyond just sports and athletes.”

She continued: “How do you be an individual as a Black person in America with your own unique set of interests, some of which are bound together by melanin, but not all of them? And how do you feel whole? We wanted to create a space where Black people could be Black people: Black led, Black P.O.V., absolutely. But also where there were no definitions and no rules about what being Black meant, what you had to talk about.”

When it started, The Undefeated was a site within the larger ESPN.com. Andscape will have a much broader footprint, expanding into book publishing, live experiences, music, television and film as part of a content engine for ESPN and its corporate parent, the Walt Disney Company. Next Monday, for instance, the first Andscape short film, “Starkeisha,” directed by Mo McRae, will stream on Hulu, which is owned by Disney. Andscape describes the film as the “journey of a young Black woman thrust into a fantastical world of Blackness.”

Such expansion, however, required a name change because ESPN and Disney do not fully own The Undefeated trademark outside of news and commentary. There is an Undefeated apparel and sneaker company that has no affiliation, for instance.

“We couldn’t be everything we wanted to be,” Ms. Kelley said. “Now that we’re growing across the Walt Disney Company, we needed a name that was unencumbered completely.”

ESPN’s level of commitment to The Undefeated has been a matter of intrigue in media circles since the departure of Kevin Merida, who led the division from 2015 to last year, when he left to become executive editor at The Los Angeles Times. Some wondered if The Undefeated would go the way of Grantland, an ESPN boutique news site that was shut down in 2015. Like Grantland, The Undefeated was started under the auspices of John Skipper, who resigned as ESPN’s president in 2017.

Andscape reflects a “doubling down” on ESPN’s investment in and commitment to Black stories and voices, the company said. “With The Undefeated, we began a dialogue that will be continued and broadened through Andscape to include more topics, more perspectives and more ways to engage,” James Pitaro, ESPN’s chairman, said in an email.

Ms. Kelley, who helped introduce The Undefeated as its managing editor, declined to say how much money ESPN is investing in the expansion. “I’m happy, and I’m spending,” she said. “That’s all I’m going to say.”

Andscape will continue to be rooted in sports, although Ms. Kelley said her 50-person staff would provide more expansive coverage of current events, music, food, fashion, technology, personal finance, parenting and travel. Content will be aimed primarily at millennial and Generation Z consumers, she said.

Andscape’s YouTube channel, for instance, will debut a weekly show on Friday called “Logged In,” which will examine Black creative contributions to the social media landscape. It will be hosted by Domonique Foxworth, the National Football League player turned ESPN pundit and writer. Another weekly YouTube series, “Another Act,” will be hosted by Kelley L. Carter, an Andscape reporter, and focus on Black Hollywood.

Ms. Kelley noted that Black women made up the majority of her staff. One prominent Andscape journalist is Soraya Nadia McDonald, who was a Pulitzer Prize finalist in criticism in 2020 for her Undefeated essays about film and theater, including “The Unbearable Whiteness of ‘Oklahoma!’”