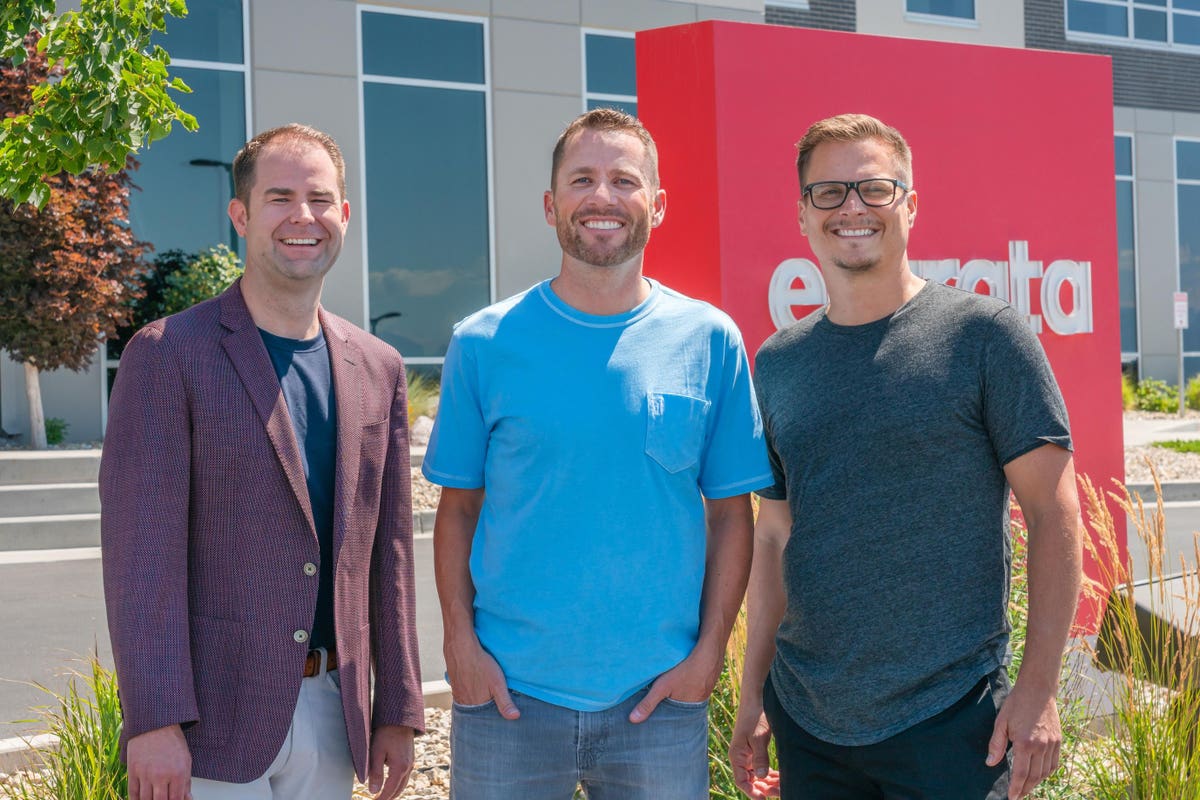 Utah-based startup Entrata, valued in 2021 at more than $1 billion, has abruptly cut ties with its cofounder and former CEO Dave Bateman.

Startup Entrata abruptly cut ties with its cofounder and former CEO, hours after he sent an inflammatory email sharing an anti-semitic vaccine conspiracy theory with a group of Utah tech and political leaders.

David “Dave” Bateman, who cofounded the Utah-based property management software company in 2003 and stepped down as CEO last year as the company raised more than $500 million from private investors, had emailed a group including some of Utah’s leading tech CEOs, investors and other public figures including its governor, Spencer Cox, calling upon them to “stop the vaccination drive” due to an unfounded conspiracy theory blaming Jewish people for “a sadistic effort underway to euthanize the American people.”

The email, which was reviewed by Forbes, was sent at 4.59 AM by Bateman, who has lived in Puerto Rico for the past several years. By late morning in Utah, it had received several responses denouncing its contents to the 50-plus other recipients on the thread. Entrata’s CEO issued a statement denouncing the remarks late in the afternoon; just after 6pm ET (4pm in Utah), the company announced it had severed ties with Bateman.

“Entrata’s board of directors today asked Dave Bateman to resign from the company’s board of directors, including his position as chairman. Dave agreed and is no longer a member of the Entrata board, effective immediately,” CEO Adam Edmonds tweeted in a statement.

“I write this email knowing that many of you will think I’m crazy after reading it,” Bateman wrote in the email’s first sentence. From there, the entrepreneur claimed, without any basis, that “for 300 years the Jews have been trying to infiltrate the Catholic Church and place a Jew covertly at the top,” and that such an effort had succeeded with Pope Francis. The email also made unfounded claims that both Covid and its vaccines would deliberately destroy people’s immune systems.  “I believe the pandemic and systemic extermination of billions of people will lead to an effort to consolidate all the countries in the world under a single flag with totalitarian rule,” Bateman wrote. The email shared other unfounded conspiracy theories about the vaccine’s effects, adding “everything is being expertly censored” even as the email contained links to websites making similar claims.

Bateman did not respond to a request for comment. But in text messages sent to Salt Lake City’s local Fox affiliate, he doubled down on the email’s claims, while adding he “had no intention of raising a big stir” — despite sending the email to recipients such as billionaire Utah Jazz owner and Qualtrics cofounder Ryan Smith, Vivint founder Todd Pederson, an associate of Senator Mitt Romney’s and Utah’s sitting governor.

The email drew aghast responses from some recipients, as observed by Forbes, including Overstock CEO Jonathan Johnson, who told Forbes in a separate email that he wanted “nothing to do with [Bateman’s] conspiracy theories” and that “his email does not represent my views in any way.” “Overstock has encouraged its employees to be vaccinated, including giving paid time off to do so; I sent an email to the company each time I received a vaccination, with a picture,” Johnson said. “We have put employee health and safety as our first priority during the pandemic.”

Bateman, who largely bootstrapped Entrata for 18 years before raising $507 million at a $1 billion-plus valuation in July 2021, cited health issues at the time for his move to Puerto Rico. But according to several sources, Bateman was already somewhat of a pariah with Utah’s tech luminaries prior to his email implosion. In February 2019, while still Entrata’s CEO, Bateman apologized after making sexist remarks onstage at the Silicon Slopes Tech Summit. In 2020, a series of tweets making allegations about Nikola founder Trevor Milton led to lawsuits. Bateman, who has also attempted to exert influence in Utah’s Republican Party politics in recent years, was later suspended from Twitter.

Now Bateman, already a part-time influence at Entrata before Tuesday, has put his company’s future more in doubt, even as revenue was expected to exceed $200 million for 2021 on growth of about 30% and EBITDA margins of 15%, per July 2021 projections — numbers that should have had the company thinking about a potential IPO, not a public relations crisis.

While Bateman is no longer active with Entrata, he remains its largest shareholder barring a private sale. New investor Silver Lake said in a statement: “His e-mail does not reflect our views in any way. We resoundingly condemn antisemitism and hate in all its forms.” Smith, a personal investor in the business, tweeted Tuesday that “that email crossed lines that should never be crossed. There is no room for discrimination of any kind, anywhere, ever.”

At the Anti-Defamation League, CEO Jonathan Greenblatt said that the group appreciated Entrata’s swift action to remove its cofounder. “Now the hard work begins for Bateman,” he tweeted. “We hope he is prepared to engage in a process of self-reflection and learning.”