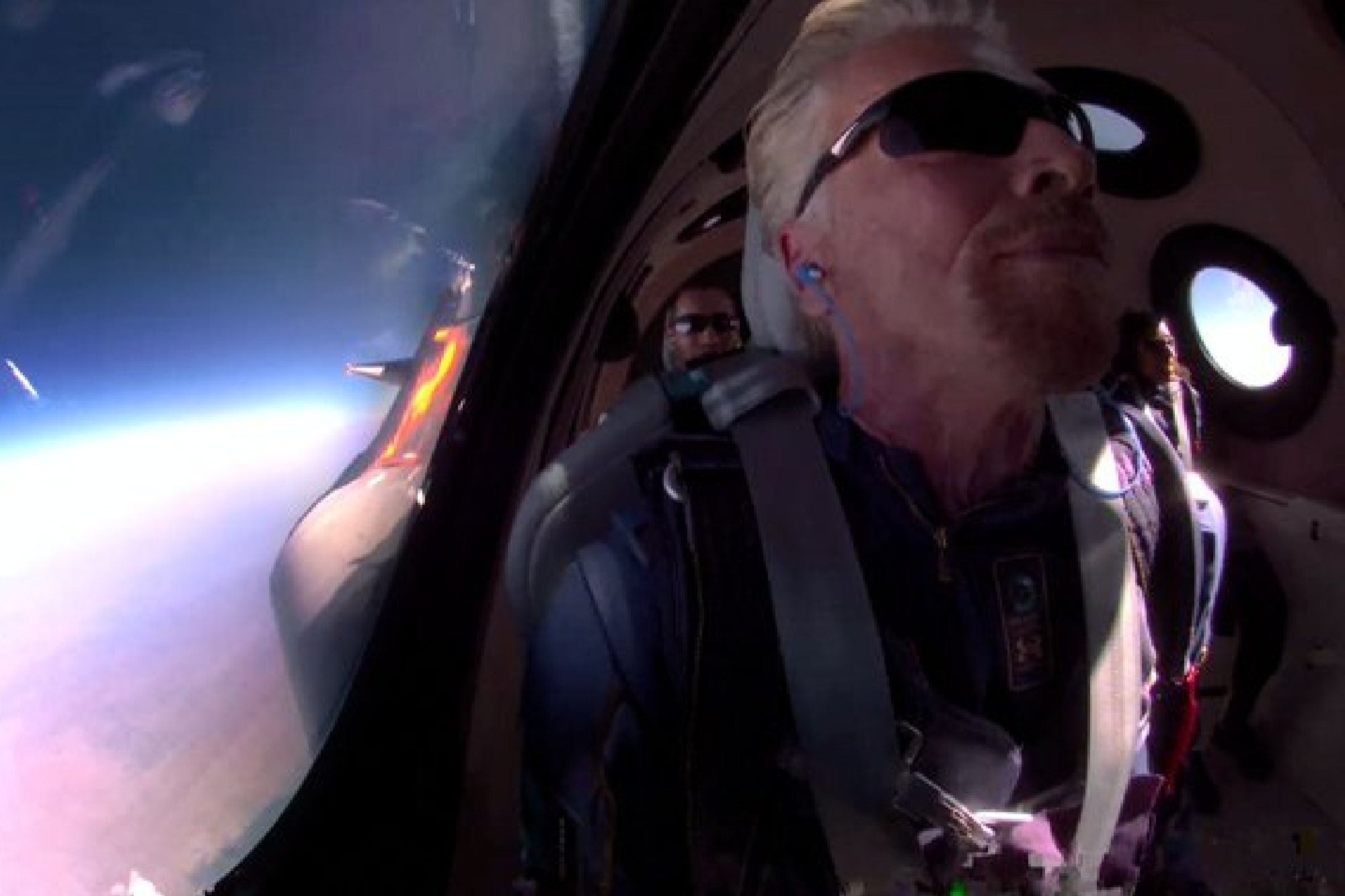 The famous astrophysicist Neil deGrasse Tyson, a disciple of Carl Sagan, explained why he considers that Richard Branson did not actually travel to space

On July 11, billionaire Richard Branson made the first tourist space flight in history . The VSS Unity flight of his company Virgin Galactic was destined for the border between Earth and space. Although the Briton reached a historic milestone, there are those who doubt that he has really traveled to space and one of them is the famous astrophysicist Neil deGrasse Tyson , a disciple of Carl Sagan.

The spacecraft took off on Sunday around 8:40 a.m. (local time) from Spaceport America in New Mexico. After flying for an hour to an altitude of 15 kilometers, the spacecraft released the space plane carrying Richard Branson and the crew so that it could leave the Earth’s atmosphere.

The objective of the plane was to reach the limit between space and Earth , which would be 80 km high , as stipulated by the United States government. At this point, the sky turns from blue to black, the curvature of the planet can be seen and it is possible to float in weightlessness.

I have dreamt about this moment since I was a child, but going to space was more magical than I ever imagined https://t.co/Wyzj0nOBgX # Unity22 @virgingalactic pic.twitter.com/grs7vHAzca

Why does Neil deGrasse Tyson say that Richard Branson did not go into space?

In an interview with CNN , astrophysicist and director of the Hayden Planetarium at the Rose Center for Earth and Space, noted that, in his opinion, Richard Branson did not go on space travel .

“First of all, it was suborbital. NASA did it 60 years ago with Alan Shepard, took off from Cape Canaveral and landed in the ocean. If you don’t go fast enough to reach orbit you will fall and return to Earth, ” explained deGrasse.

The also presenter and science communicator stressed that neither Richard Branson nor Jeff Bezos have actually been put into orbit .

“So, did you get high enough? Did you go into orbit? Did you actually go anywhere? Did you go to the Moon, to Mars or beyond? “ the writer questioned.

“I am delighted that this is a new tourist attraction. I have no problem or doubt with celebrating this fact. It should have happened decades ago, it didn’t take 60 years for a private company to end up doing what NASA did in 1961, “he added.

Next, Neil deGrasse Tyson used a globe to explain how high the International Space Station and a spacecraft orbit. In his words, if you look at it in proportion, their orbit would be one centimeter from the scale model, while the moon would be more than 10 meters away. However, the border that Branson reached is less than 2 millimeters from the surface.

“It’s okay if you want to call it ‘space’, because average humans haven’t gotten there before and it’s a first for you. That’s why it takes eight minutes to get into orbit and three days to reach the moon. That is actually space travel. So I don’t see it as ‘oh, let’s go into space’. No. What you are going to have is a nice view of the Earth ” , he explained.

“I don’t even know if you’re going to see the curvature. I did some calculations and I think not. If you are 2 millimeters from the surface of this globe, you don’t have the full perspective. It is a visual effect that you get from 50 miles up (about 80 kilometers). So have fun, ” concluded deGrasse.

On the other hand, Carl Sagan’s pupil believes that the project of Elon Musk and his aerospace company has more merit.

“The concept of SpaceX is ‘we want to send people to places’, it is an effort to push that limit, that frontier of exploring space,” said the scientist.

Whether or not he has traveled to space in technical terms, Sir Richard Branson’s achievement opens a new era in space tourism. It is expected that in less than a week Jeff Bezos of Amazon will do the same with a ship of his company Blue Origin .