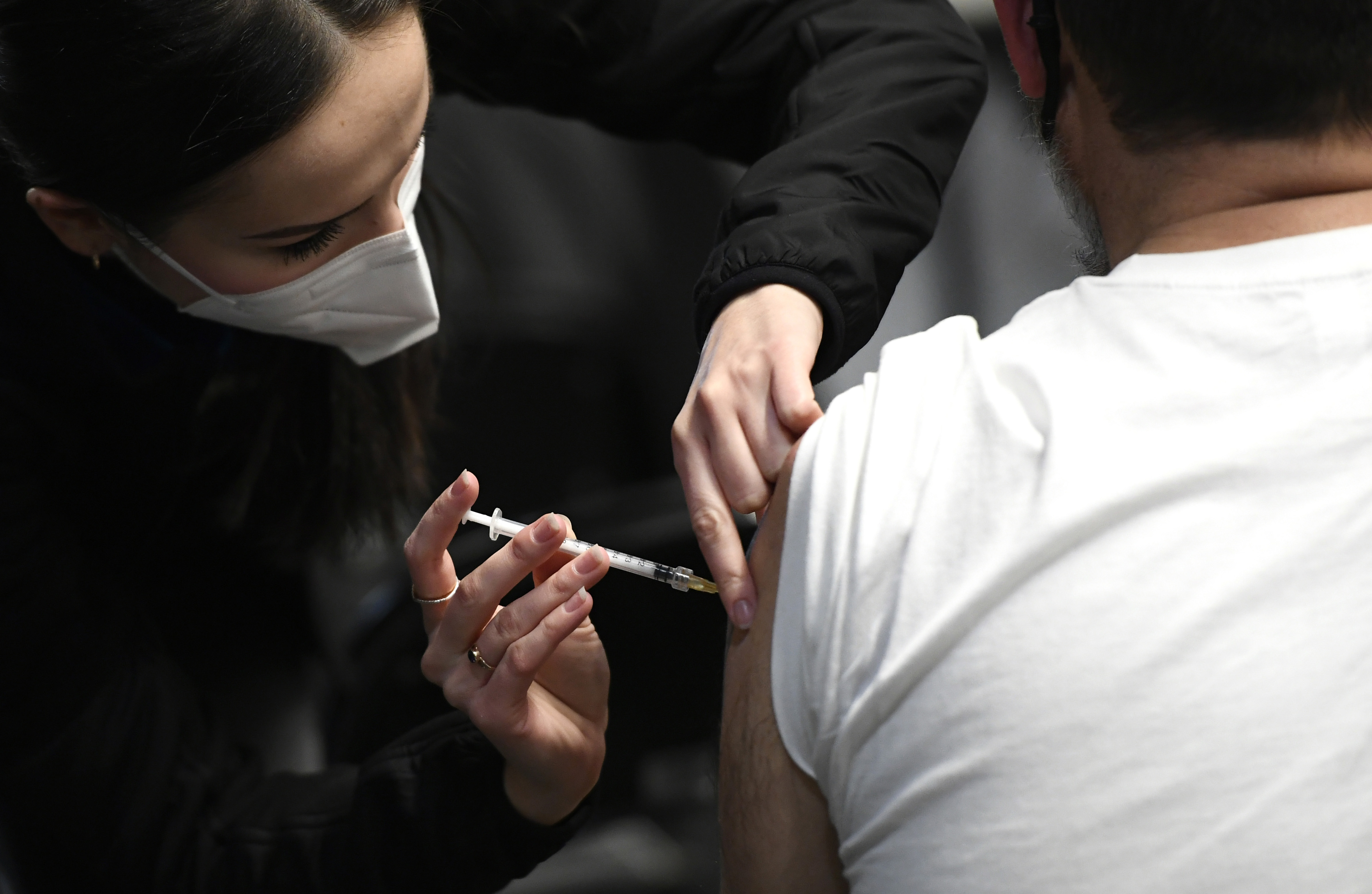 Health-care workers and school-aged children in London-Middlesex will have a new option to choose from in the new year when it comes to receiving a rapid COVID-19 test so they can return to work or school.

The Thames Valley Family Health Team announced Tuesday that a new testing location will open in the city next month, providing rapid point-of-care molecular testing, which, like rapid antigen testing, can provide results within 15 minutes.

The testing site will open on Jan. 5 in Suite 105 of the Springbank Medical Centre at 460 Springbank Dr., with appointments available Monday to Friday from 9 a.m. until 4 p.m. Appointments can be made starting Jan. 4 at covidtestinglm.ca, or by phone at 226-236-6295. No walk-ins will be available.

Rapid point-of-care molecular tests confirm COVID-19 by detecting the genetic material of the virus in a fluid sample swabbed from a person’s nose or throat by a health professional, according to the province.

Rapid antigen tests, like those distributed at malls and LCBO stores last week, detect certain proteins in the virus to confirm its presence in a sample. A positive antigen test must be followed up with a PCR test or rapid molecular test within 48 hours, the province says.

Rapid molecular tests have been used primarily in rural and remote settings where PCR test turnaround times are slow due to logistical challenges, the province says.

The news comes as COVID-19 rapid and PCR tests, like COVID-19 vaccines, have been in extremely high demand as a result of the recent surge in cases and the spread of the highly contagious Omicron variant. Like the vaccines, testing capacity has been unable to keep up.

Long lines could be seen at malls and LCBO stores across Ontario last week after the province began handing out rapid antigen tests in a holiday blitz. Supply, however, quickly ran out, leaving many empty-handed.

Two million rapid tests have been allocated for distribution under that initiative, while others are being provided to workplaces, long-term care homes and other settings.

Currently, Ontarians who test positive on rapid antigen tests must confirm their results with a PCR test. But experts have warned that Omicron’s explosive growth may mean capacity to offer the gold-standard tests to all cases and contacts may run out.

As a result, people looking to be tested there will have to wait until at least Dec. 27, that is, if one can snag a spot when appointments open Wednesday morning, or if there are any cancellations.

At least 635 tests were recorded at Carling Heights on Dec. 16, the most in a single day at the facility during the entire pandemic. The average number of daily tests administered at the site between Dec. 13 and Dec. 20 stands at 548.

Further capacity increases, Dukelow said, are limited by a health-care workforce already stretched thin and fatigued from nearly two years on the front lines, in addition to the ramping up of third-dose vaccinations and ongoing preparations for a potential increase in hospitalizations.

Testing alternatives are also booked solid for at least two weeks out. As of Tuesday afternoon, the MyHealth testing clinic on Wharncliffe Road North had no appointments until the new year.

Similarly, Dynacare‘s Dundas Street East facility had appointments were available until Jan. 4, while LifeLabs‘ Fanshawe Park Road site, open Thursdays and Sundays, was booked up until at least Jan. 6.

At least 15 pharmacies in the city also provide COVID-19 testing, however what is offered is inconsistent and varies by pharmacy. Available appointments are also limited.

Last week, Ontario’s top doctor said if testing capacity was maxed out, PCR tests would be reserved for people with active symptoms and congregate settings, with rapid tests offered to others.

— with files from Holly McKenzie-Sutter of The Canadian Press