Home Covid-19 COVID-19: INSPQ re-evaluates its recommendations for workers who are at risk from...
Covid-19

COVID-19: INSPQ re-evaluates its recommendations for workers who are at risk from Omicron 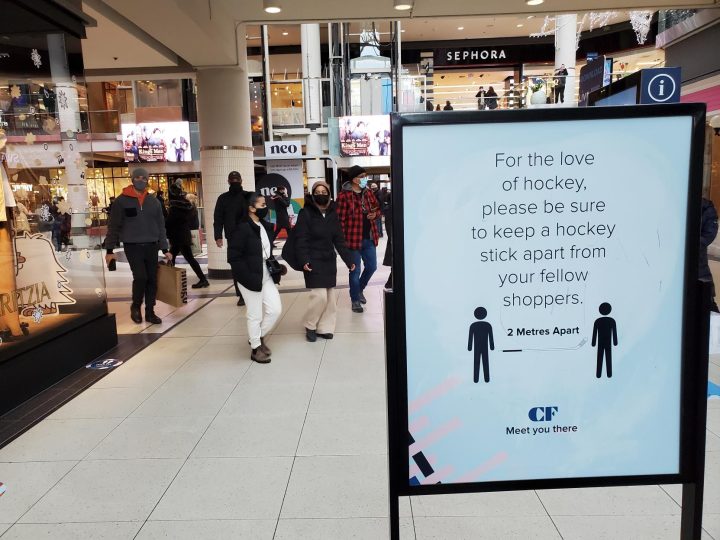 Personal protective equipment (PPE) alone is not enough to ensure their safety, says the organization.

In the context of a rapid increase in the circulation of the Omicron COVID-19 variant in Quebec, the INSPQ said Thursday it would modify its recommendations concerning vulnerable workers.

The change stems from a reassessment of workers in groups at high risk for complications from COVID-19 who have received two or three doses of vaccines or who have already been ill before December as “partially protected”.

According to the INSPQ, the available and limited data on vaccine efficacy with the emergence of Omicron no longer allows a person who has received two doses of vaccine to be considered adequately protected against infection. For the effect of the third dose, it is still too early to say with certainty, says the organization.

The FSSS-CSN has been calling for this withdrawal of pregnant workers from environments at risk of exposure to COVID-19 for a while.

However, there is no question of the N-95 mask in this update of the INSPQ.

COVID 19: Montreal officials say 1 in 5 residents getting tested are positive

The union wants to establish the requirement to wear an N-95 type respiratory protection device or equivalent in order to protect all staff in the health, social services and educational daycare services against airborne transmission of COVID-19.

According to information from Radio-Canada, the Quebec government proceeded Thursday with the purchase of 10 million N95 masks in addition to the 15 million it has in reserve.

Also according to Radio-Canada, the INSPQ gave an opinion to the Ministry of Health on Thursday in which it recommends the expansion of the use of N95 in health-care settings, but without extending it to all health workers, as the union’s demand.

The government would be prepared to allow it in emergency rooms and in family medicine groups (GMF) which sometimes receive positive patients who are unaware of being infected.

The Federation of Health and Social Services (FSSS), affiliated with the CSN, on Thursday asked the CNESST to intervene to ensure the safety of workers in the face of the meteoric rise in COVID-19 cases.

During a meeting on Thursday morning, the FSSS-CSN said it had invited the Committee on Standards, Equity, Health and Safety at Work (CNESST) to urgently review its directives.

In addition to the requirement on the N-95, the union calls for stabilizing the work teams and avoiding the movement of personnel.

As it had done on Wednesday in a letter sent to the Ministers of Health and the Family as well as to the National Director of Public Health, the FSSS-CSN also expressed its “serious concerns regarding the recall to work of infected persons, as well as the current difficulties in tracing and detecting cases “.

According to the CSN, the CNESST has taken up these requests and concerns, and is committed to reviewing the directives applicable to these workplaces.

2:16
COVID-19: Quebec plans for the worst as province being hit hard by Omicron

COVID-19: Quebec plans for the worst as province being hit hard by Omicron