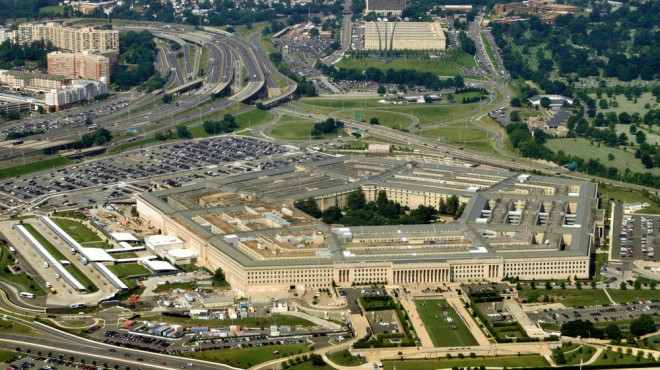 The world was coming to an end at midnight 31 December 1999. We had planned for it for years. It was, as one techno-wag said, “a disaster with a deadline.”

The Year 2000 rollover was going to be big. Worldwide. No escape. Like Noah and the flood, we knew it was coming. We knew this would be no mere technology challenge to be solved with exceptional American ingenuity. The Year 2000 was problematic with unknown unknowns.

The predictions were dire: The Internet would go down. Cell phones dead. The power grid dark — Armageddon.

In the late 1990s, one-half of the world’s Internet traffic passed through the Commonwealth of Virginia, thanks to America Online — AOL.com. And maybe another Northern Virginia entity in Arlington: the Pentagon.

Your business professor had the Y2K responsibility for Health and Human Resources, a $5 billion enterprise in the Virginia government. The boss, Governor Jim Gilmore, a former military intelligence officer, knew what was possible — and not — to combat the Y2K Bug.

There was a lot we couldn’t do. And it wasn’t all technology.

It was a condition of continued employment that there was to be no interruption or adverse incidents to the citizens of the Commonwealth and the rest of the world.

(We worker bees could not get it wrong. The world ends AND get a bad employee appraisal. A sub-par job performance would not be the simple career-ending, world-ending mistake. It would be going out with a bang, so to say.)

Business literature notes the adrenaline rush of the “peak experience.” The Office of the Governor of Virginia had this motivation as he had the whole world in his hands.

The Web had to run for the wide world and more: Virginia’s hospital doors had to remain open; the prison doors closed. Fresh water and waste water valves had to direct flow in the correct and desired directions.

Local first responders had to be able to coordinate communications across jurisdictional silos. Governor Gilmore was among the first to realize the importance of seamless radio traffic between Fed/State/Local law enforcement. (It still wouldn’t be fixed years later, as in 9/11 or more recently.)

There were lots of challenges beyond government resources. So, Gilmore hired the biggest IT consulting firms on the planet and bought their solution packages. In my weekly staff meetings I had a dozen of the smartest experts in the business. I was not one of them.

They let me think I was in control at the head of the table. And maybe so. But these consultants wouldn’t let me, a mere bureaucrat, make a mistake. I didn’t know how to run a very large organization.

Actually, no one really does, but the Governor gave me this advice:
B.lioy”Pick a small team and run them as a small business. It will be the same except with more zeros.” I didn’t know if he was talking about the budget or about me. Could go either way.

There were some mistakes the professional tech-gurus could not save me from — I had to learn on my own. I wasted time deep in the weeds doing real work. Instead of managing managers, I wanted to roll-up my sleeves and pound keyboards. I called it, ‘attention-to-detail.’ The staff called it ‘micromanaging.’

Like most small business owners, I had trouble delegating tasks. But I had to adjust fast; I ran out of time. There was an unstoppable countdown and I had to trust the work to the professionals.

Virginia spent $215 million and nothing happened here or in the rest of the world. There were some problems in Nigeria. We now think it was some kind of scam.

Nothing crashed. Except for that super-secret three-letter-agency satellite … and some defibrillators. Not my fault. No one died.

The lesson learned was that the technology was the easy part. The real challenge was in delegation and managing projects — through people — on time and on budget.

The Pentagon Photo via Shutterstock

In the News: New Pandemic Relief Grant Programs of $500 to $35K for Small Businesses

Pandemic-related grants have tens of thousands of small businesses with timely needed funds for the past couple of years. And these grants continue to...
Read more

After an amazing run as head coach of Freestyle B.C.’s moguls team, Josh Kober of Penticton has landed the job of his dreams. The 28-year-old...
Read more