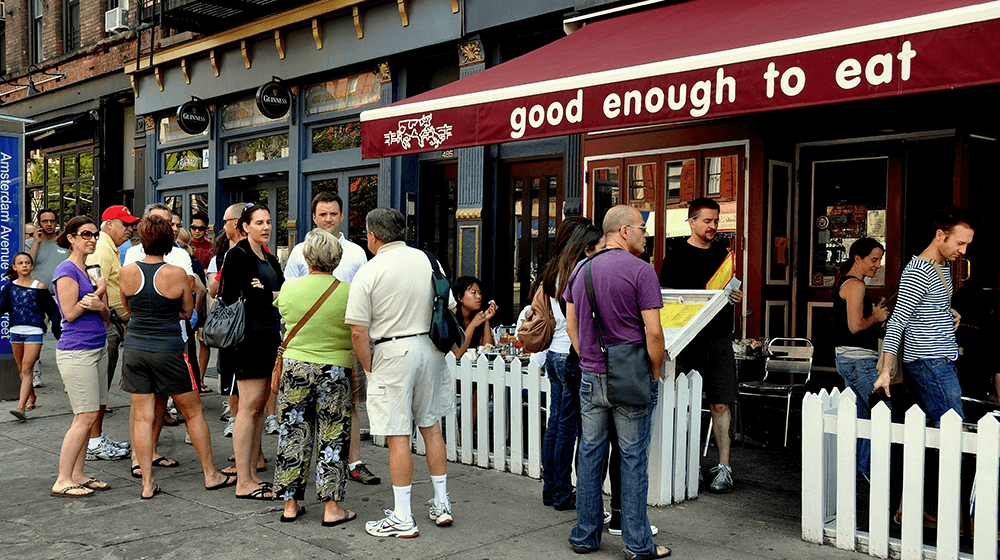 They don’t agree with his new vaccine passport requirement. Under the new mandate, all employees and customers of restaurants, fitness venues and performance venues would have to be vaccinated.

On August 5, 2021, de Blasio announced that both workers and customers in restaurants, gyms and performance venues must have had at least one dose of a Covid-19 vaccine. The mandate took effect August 17, with enforcement to begin September 13.

The mandate does not include outdoor dining. It does include movie theatres.

From the text of the lawsuit: “The executive order has rendered it impossible for anyone who chooses not to be vaccinated, for whatever reason, to work in the designated industries, wholly depriving them of their livelihood.”

New York City’s Mayor de Blasio said that before he issued the executive order for a vaccine mandate, he checked with the US Department of Justice. He was told that the mandate was legal.

What NYC Business Owners are Saying About Vaccine Passports

“We do not discriminate against any customer based on sex, gender, race, creed, age, vaccinated or unvaccinated,” Deluca’s owner Rob Deluca posted on the restaurant’s Facebook page. “All customers who wish to patronize us are welcome at our establishment.”

Evolve-33 and Judu Jujitsu joined the lawsuit. In a video posted on the Judu Jujitsu web page, owner Joseph Cannizzo said that his business has received “a tremendous amount of support from people all over the country.”

“Whether you’re for or against this mandate, expect that you’re probably going to end up losing your business at some point,” he said.

What Does the NYC Battle Mean for Small Businesses Nationwide?

Since de Blasio instituted the vaccine requirement, other cities have followed, including New Orleans and San Francisco.

New York City has already issued a mandate that all its Department of Education public school teachers and staff be vaccinated, or lose their jobs. The same requirement applies to all city workers.

What does it mean for small businesses? In addition to the possible dent to the customer base, it could be challenging to maintain staffing levels. Small business owners know that replacing workers is not easy.

How the NYC Vaccine Mandate Would Be Implemented

NYC has also launched an App called NYC Covid Safe. Using the App, vaccinated people can store a picture of their proof of vaccination card on the App.

Which shortage came first: the chicks or the eggs?Spooked by a huge spike in egg prices, some consumers are taking steps to secure their...
Read more