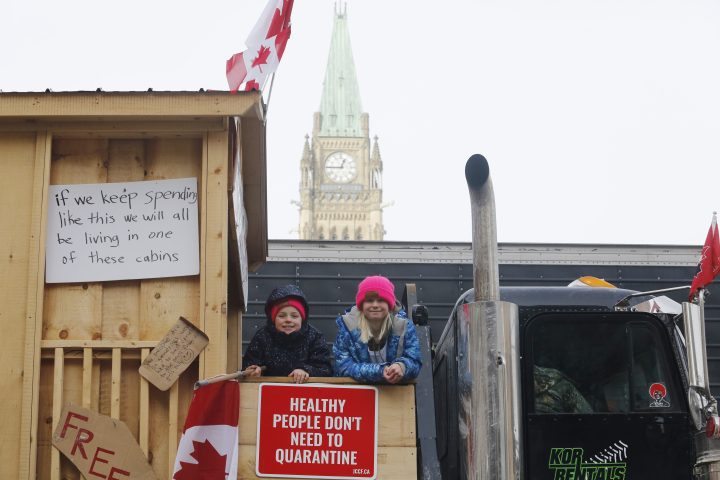 The company behind the Coastal GasLink pipeline continues to expect to go “significantly” over budget for the project and will also deliver a delayed completion date.

However, TC Energy Corp. said Tuesday it still expects the pipeline to be finished ahead of LNG Canada’s export terminal at Kitimat, B.C., which is also currently under construction.

Calgary-based TC Energy was selected by LNG Canada in 2011 to design, build, own and operate Coastal GasLink. Construction began in 2019, with an originally anticipated completion date of 2023.

TC Energy said as part of its fourth quarter earnings report Tuesday that construction of the pipeline is now approximately 60 per cent complete. The 670-kilometre project is intended to move 2.1 billion cubic feet per day (bcf/d) of natural gas to LNG Canada’s terminal, where it will be converted into a liquified state for export to global markets.

But head of corporate development Bevin Wirzba acknowledged in a conference call with analysts that TC Energy remains at odds with LNG Canada over projected cost increases and schedule delays. The company has previously blamed permit delays and the impacts of COVID-19 for the issues.

Wirzba declined to put a dollar value on the project’s cost overruns, though he said TC Energy is engaged in a “constructive dialogue” with LNG Canada right now to resolve the dispute. He said no suspension of construction is expected while talks take place.

“What is really clear to us is that the fundamentals that underpin the need for Coastal GasLink and the LNG Canada facility (and) the needs for those projects have never been more robust,” he said.

“Our shared objective with our customers is to deliver the pipeline safely and get it ahead of the LNG plant that’s being constructed right now.”

3:33
Coastal GasLink crews back to work day after Wet’suwet’en deal

TC Energy has committed to providing up to $3.3 billion in additional temporary bridge financing to cover cost overruns related to the Coastal GasLink pipeline project.

The $40-billion LNG Canada export facility at Kitimat — which the federal government said in 2018 would be the single largest private sector investment in Canadian history — is now more than 50 per cent complete, according the LNG Canada website.

In an emailed statement, LNG Canada’s vice-president for corporate affairs Denita McKnight said the company remains concerned about Coastal GasLink’s cost and schedule performance, but is working towards a “mutually agreeable solution.”

“We remain fully committed to delivering this critical infrastructure that will connect Canadian natural gas to growing global markets, and to shipping our first LNG cargo by the middle of this decade,” McKnight said.

Also on Tuesday, TC Energy raised its dividend as it reported a fourth-quarter profit of $1.1 billion.

The increased payment to shareholders came as TC Energy said its fourth-quarter profit amounted to $1.14 per share compared with a profit of $1.1 billion or $1.20 per share a year earlier when the company had fewer shares outstanding.

Analysts on average had expected an adjusted profit of $1.07 per share, according to financial markets data firm Refinitiv.

FIFA World Cup: Canada leaves Qatar without a point after 2-1 loss to Morocco

Canada dug itself an early hole Thursday and couldn’t find a way out despite a late surge, exiting the World Cup winless for the...
Read more

China is set to announce an easing of its COVID-19 quarantine protocols in the coming days and a reduction in mass testing, sources told...
Read more