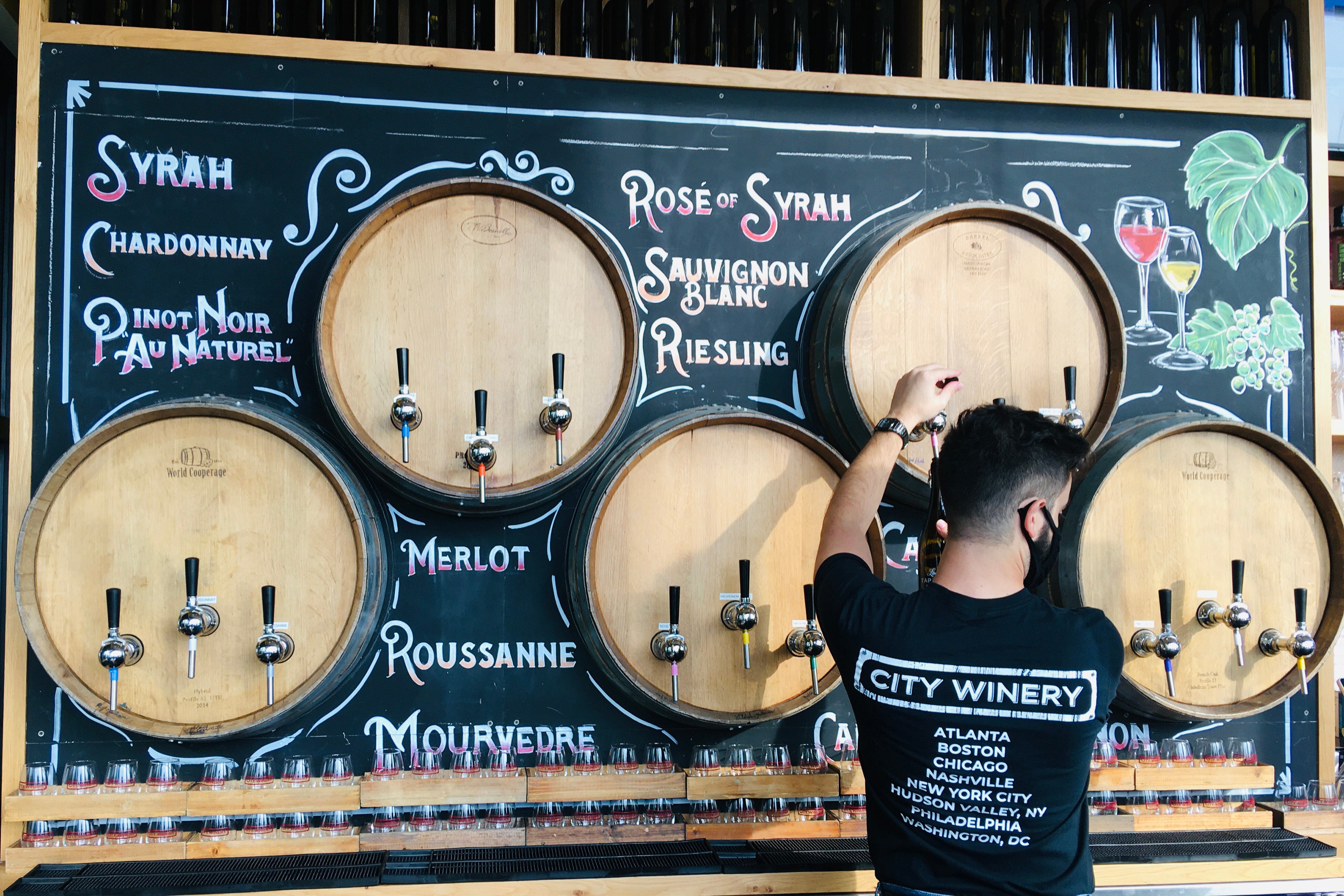 Michael Dorf is not the only entrepreneur whose head has been spinning for the past year and a half. Even given his track record — founding iconic New York music venue Knitting Factory in the mid-’80s and launching nationwide dining and entertainment mecca City Winery in 2008 — the Milwaukee native and former business and psychology student has found his mettle tested throughout this pandemic.

“You try and be as menschy as you can,” Dorf explained in a phone interview that, among other topics, addressed recent management challenges. “But we recognize that there’s only so much that we can do and, ultimately, our number-one requirement is to preserve the business and make sure we can get to the other side.”

Dorf’s actions have also proven to be a bellwether as the hospitality industry finds its way. Last November, City Winery became the first NYC restaurant to require all patrons to show proof of negative rapid-test results within 72 hours before entering. And in late July, they became the first live entertainment and restaurant space in the country to require either proof of vaccination or a negative test result within the last 72 hours before entering any of its locations.

Fortunately for Dorf, he’s grown accustomed to setting precedents and contending with false starts over the past 35 years (City Winery did open the same year as the worst recession in nearly a century, after all). And he was happy to share the following five tips for how he’s weathered storms and lived to tell, and how you can, too.

Related: How This Entrepreneur Reworked His Business Idea in the Face of Financial Armageddon

Find the most practical way into your passion

“My friends in high school were really good musicians, and I just couldn’t play,” Dorf recalls. “I took two years of guitar, and I just didn’t have any skill. But I really love music and wanted to be around music, so I jumped in as the sound guy and lighting guy, which led to being the promoter guy, which then led to being the manager guy, which then led to being the record-company guy. Basically, it was like, ‘I guess I’m in the business, and I want to put on shows in my own room.’ And then I opened up the Knitting Factory. loved being in the music world, but I didn’t have the skill to play myself, so I recognized what I could I do around music to be in it.”

“In the early days of the Knitting Factory, I was not making enough money to live in New York,” Dorf concedes. “So I had to move out of my apartment and got a futon under my desk in the office, and I lived inside the Knitting Factory. I joined a fitness club around the corner, and that’s where I went every morning to shower and brush my teeth. And, you know, the towels were free, so I had no laundry to do. Once in a blue moon, I’d use the sauna steam room, but they thought I was a freak. But that’s what I had to do to have the business survive. And again, I don’t think I would have done that if I didn’t love what I was trying to do.”

“The original premise of City Winery was going to be still doing shows, but on the wine side of the business, I was going to be doing these private barrels for wealthy New Yorkers. Unfortunately, our first grapes arrived the same week Lehman Brothers declared bankruptcy, and then, you know, the entire financial world blew up in front of us. Nobody at that point wanted to put their name on a barrel of wine, and luxury goods went completely out the door, especially for finance people. Several months later, when our first wines in those barrels were ready, we started selling by the glass. That forced us into the whole wine-on-tap program, which is now a centerpiece of ours. But that was a lot of work and took about two years of figuring it out.”

Related: Resilience Is One of the Most Essential Entrepreneurial Traits. Practicing This Can Help You Build It.

“You pivot because you’re dodging a bullet,” says Dorf, who derides the term as “overused.” He adds: “When you’re an entrepreneur and going quickly down class-four rapids and you’re not in a boat, your feet better be in front of you, because you’re gonna be bouncing off these rocks, and they’re just going to appear. So you could have this whole pivot where people saw it coming and had a meeting and moved around and decided to change from being an online company to a social media platform, and then when they saw that that wasn’t gonna work, they went back into the ‘real world’ of hospitality or something. Pivoting to me is dodging what could be fatal crashes and figuring out a way to avoid them.”

Dorf continues, “In our case, a wine tap was moving very positively, especially when we dressed it up in a barrel. And by the way, since we’re not putting it in a bottle, it’s very environmentally friendly, so we’re actually doing a green thing. So these all became positives. Now we could have lied and said, ‘You know, this was our strategy of pivoting,’ but no, it was trial and error that worked out really well for us.”

Don’t let your team see you sweat, but don’t be phony, either

“I wanted to make sure was that the people who I’ve worked with for many years to get the City Winery DNA mapped in them are all aligned — getting everyone to think like an owner to allow us to get to the next place,” Dorf says of getting through the pandemic. “I did not want them to get too depressed. In the darkest days, we were all in an existential place. ‘Are we going to be able to put on shows? Are we going to have a crowded restaurant? Are we going to be able to do what we’ve been doing for 12 years or is this thing fundamentally altered?’ Most of these people around me are extremely capable who could go get jobs in other industries and make more money and make it safely. And I am dealing with my own existential crisis here, too. But how did I make sure that the team stayed in place and that they felt we can overcome this thing and maybe even be in a stronger place? That required a lot of ongoing dialogue and inspirational thinking, and even though I might myself have been looking at the glass half empty, I needed to present it as half full to my team. And that was sometimes very hard. I’ve been as honest and authentic as I could, but without maybe sharing my deepest fears, because that’s not going to be much incentive.”

A 7.8 magnitude earthquake shook southeast Turkey early Monday and was followed by another strong temblor. It was felt in several provinces in the...
Read more