Citigroup Prepares to Fire Unvaccinated Workers at the End of January 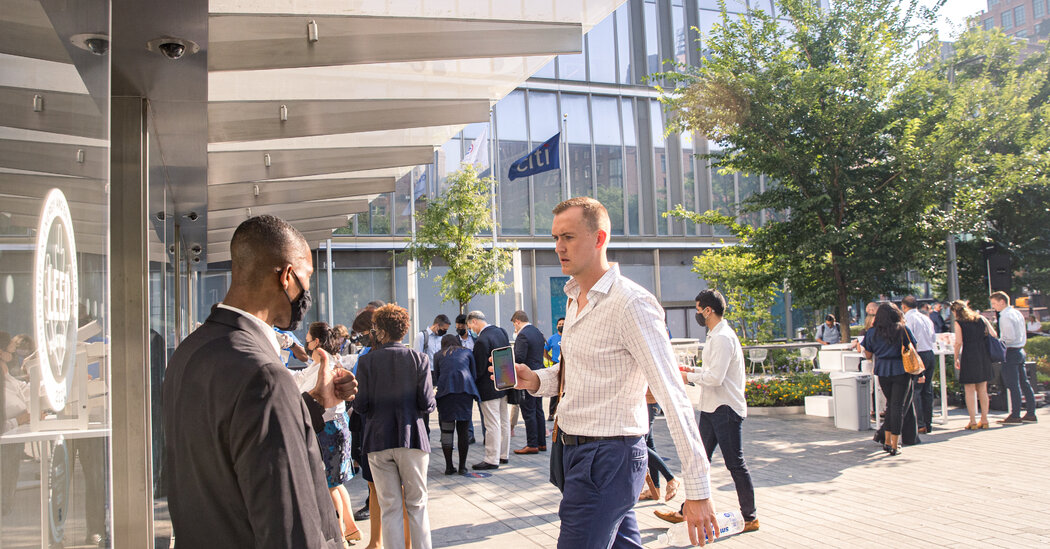 Citigroup will dismiss unvaccinated employees by the end of the month as it presses on with a vaccine requirement the company announced in October.

The bank has given staff based in the United States a deadline of Jan. 14 to submit proof of their inoculations against the coronavirus or request religious, medical or legal exemptions, according to a person familiar with the policies, who spoke on the condition of anonymity. Workers who do not comply with the mandate — which requires a full dose of vaccinations, not booster shots as well — will be placed on unpaid leave on Jan. 15 and fired Jan. 31, the person said. The person added that some staff might not receive year-end bonuses unless they signed documents agreeing not to sue the company.

More than 90 percent of Citigroup’s 65,000 U.S. employees have complied with the requirement, the person said.

Vaccine rules are a delicate issue for Wall Street firms and other large employers. JPMorgan Chase, the largest U.S. bank, has not imposed a requirement, but said at the end of last year that government mandates could make it “difficult or impossible” for the company to continue to employ unvaccinated staff. Bank of America does not require inoculation as a condition of employment, either, but it has strongly encouraged staff to get vaccinations and boosters, and has asked workers to inform the company of their status.Members of the Supreme Court’s conservative majority, in arguments on Friday, seemed skeptical that the Biden administration has the legal power to mandate large employers to require coronavirus vaccinations or frequent testing. Across the nation’s biggest banks, policies around in-person work, vaccination and testing vary widely. Citigroup’s stance, which is among the strictest, is being resisted by some employees.

“They’re not leaving people any choice,” Ben Shittu, a 37-year-old software engineer at Citigroup in Ireland, said in an interview Thursday. He has refused to be inoculated against the coronavirus, citing concerns about the efficacy and side effects of the new vaccines.

Mr. Shittu said he had felt compelled to post a video opposing the bank’s policy after a contentious team meeting in November, during which his manager told employees that their jobs depended on getting the vaccine. Since then, Mr. Shittu said, he has been inundated with supportive messages from fellow workers. Staff members have also taken to discussing their concerns on private messaging apps as well as those operated by the bank.

“What do I plan to do if Citi decides to fire me — I don’t think it’s relevant,” Mr. Shittu said. “If you lose one job, one door closes, another opportunity will always come around.”

A spokeswoman for the company declined to comment on the concerns raised by Mr. Shittu.

Vaccine policies and rising coronavirus cases have complicated Wall Street’s efforts to get employees back to their desks. With the Omicron variant spreading rapidly, the country is averaging more than 500,000 new coronavirus cases a day, far more than at any previous point in the pandemic. That surge has prompted banks including JPMorgan, Bank of America and Citigroup to allow employees to work from home at the start of the year.