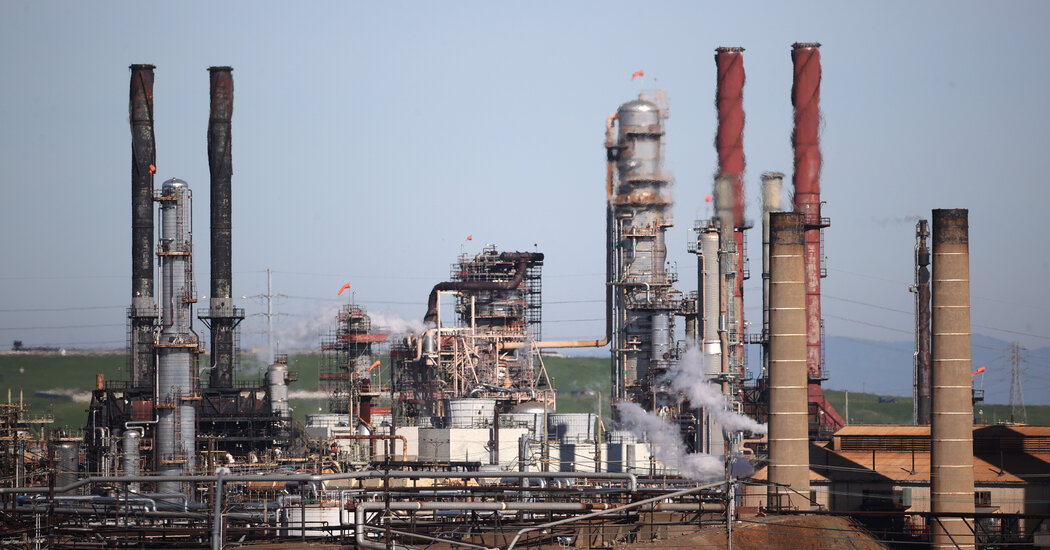 Chevron, one of the nation’s largest oil companies, reported a fourth consecutive quarterly profit on Friday as oil and natural gas prices continued to recover from the pandemic slump.

It was the company’s best financial performance since 2014, reflecting the sharp turnaround for the entire industry.

Chevron, along with other major oil companies, has shifted its emphasis from expanding exploration as prices rise to a more disciplined, cautious approach to avoid a new glut and renewed slump in prices. So far that strategy has worked even in the face of growing criticism that the oil industry is not addressing investor concerns about climate change fast enough.

Chevron, which is based in San Ramon, Calif., said it made $5.1 billion in the final three months of the year on revenue of $46 billion. The profit compared with a loss of $665 million for the period in 2020 on revenue of $25 billion. The improved results were powered by oil prices that reached a seven-year high in late 2021 and have continued to rise to more than $80 a barrel.

For all of 2021, Chevron earned $15.6 billion compared with a loss of $5.5 billion in 2020, one of the most trying years for the industry in modern history as businesses and cities locked down and consumers stayed home.

Chevron executives say the slump, and the necessity for the company to cut expenses, ultimately made for a stronger business. The company was able to raise its dividend in 2021, and again this week.

“We’re an even better company than we were just a few years ago,” said Mike Wirth, Chevron’s chief executive. “We’re more capital and cost efficient, enabling us to return more cash to shareholders.”

Chevron reported higher sales volumes and lower expenses in its exploration and production operations. Most important, its average sale price for a barrel of oil in the fourth quarter was $63 compared with $33 the year before. The price of the natural gas it sold was more than three times as high as the year before, mainly because of weather factors.

Chevron’s refinery profits also improved. Its quarterly profit on refining in the United States reached $660 million in the quarter compared with a loss of $174 million a year earlier. As the global economy recovered, Chevron’s U.S. refinery output increased by 9 percent in the quarter from the year before.

Chevron has said it will increase spending 20 percent this year to raise output, but its budget remains well below prepandemic levels.