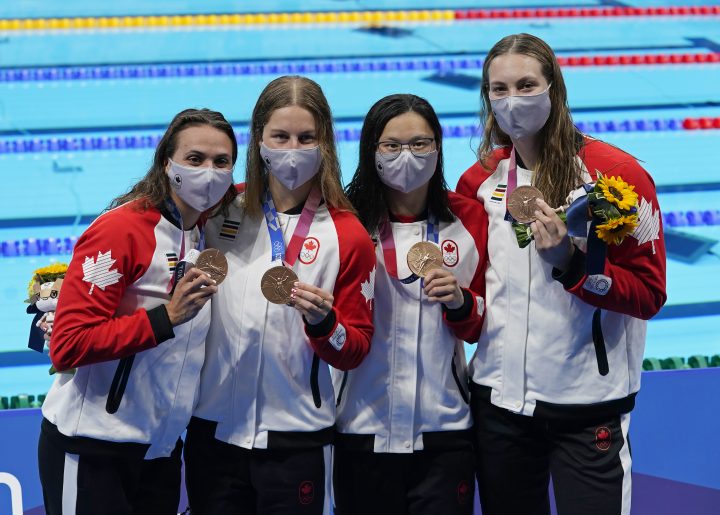 Owners of Chatty’s Indian Spices, Arati and P.K. Chattopadhyay, have been selling their goods at the Saskatoon Farmers’ Market for a quarter of a century.

On Saturday, the two were surrounded by friends and family who were cheering them on in their next step in life.

The couple decided to retire and close down their business to spend more time with family and make memories.

“It’s a mixed feeling for us, it’s kind of emotional to some extent,” said Arati.

“FREEDOM!” said P.K. as he threw his hands in the air.

“For him, it’s a freedom, for me it’s like my creation and so it’s hard to let go… It’s my baby,” Arati added.

As a young couple, they immigrated to Canada and both had successful jobs in health care: Arati was a nurse and P.K., a pathologist.

They always wanted to start their own local business, they just were not sure what it would look like.

When another couple told Arati how good her cooking was, they were encouraged to sell spices.

Their first thought according to P.K. was, “How are we going to teach people in Saskatoon how to cook Indian culinary? It’s too hard!”

A slogan bloomed from that thought where the couple decided to make Indian spices easy for consumers.

Chatty’s has since received multiple awards, sold their spices in a few different grocery stores, and have provided flavour from their culture for many people.

Read more:
Canadian cuisine a mix of culinary traditions, but one is missing

After all of that, they still say the best part of owning their business was being at the Saskatoon Farmers’ Market.

“Chatty is the anchor of the farmer’s market and he’s put so much time into it over many years and he was one of those people who really understand what a farmers’ market should be. That it’s a cooperative,” said Don Kossick, a friend and shopper.

The Chatty’s market booth was sent off with singing, clapping, a cake, and reminiscing about the last 25 years.