Can Democratization And Concentration Of Startups Both Be True? 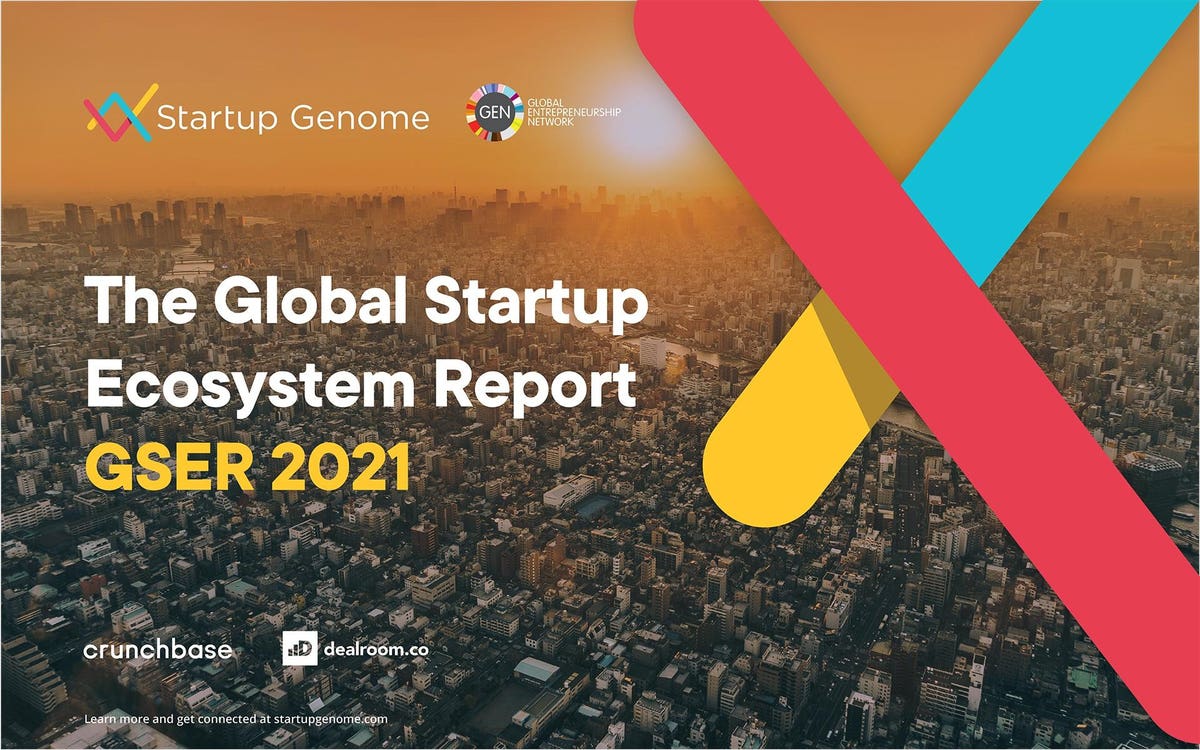 That’s the main postulate of the supremely interesting and information-filled 2021 Global Startup Ecosystem Report (GSER), released earlier this week by Startup Genome with the Global Entrepreneurship Network (GEN). (Full disclosure: I worked at Startup Genome for three years and I’m a senior advisor at GEN.)

That entrepreneurship has surged in the United States during the pandemic crisis of the last 18 months is not breaking news. John Haltiwanger and others have tracked the record-setting levels of new business formation since mid-2020. The flood of venture capital has also been well-documented, with PitchBook saying that VCs “leaned in to the new reality” and “barely skipped a beat.”

What the GSER makes clear is just how global the recent startup surge has been, how financially large the startup economy is, and how economically widespread it is across sectors.

Not long ago, the word “startup” was identified almost exclusively with Silicon Valley. To say you had a “startup ecosystem” in your city or region was to invite scorn. Today, most regions are not only trying to cultivate startup ecosystem but also enjoying success. According to Startup Genome, the 100 “emerging ecosystems” generated $540 billion in ecosystem value from 2018 to 2020. That was a 55% increase from the 2017 to 2019 period.

Astoundingly, over 90 startup ecosystems now boast a unicorn, a private startup valued at over $1 billion. As the report wryly notes, “unicorn” was first used as “an indicator of extreme rarity” but is now “becoming a misnomer.”

There are, to be sure, plenty of YUCs across every startup ecosystem (what Michael Cembalest labels young, unprofitable companies). Still the sheer number of places enjoying the success and impact of rapidly-growing startups—such as Busan and Montevideo—is encouraging.

While not all of that “value” may be real sustainable wealth (at least beyond investors), it does signal that startups should be seen as a viable centerpiece of economic development. In many places they already are, of course. Yet it’s still common to hear public and private leaders voice skepticism about support for startups.

A key thesis of the GSER is that “all industries are tech industries,” an extension of Marc Andreessen’s “software is eating the world” observation. What’s extremely valuable about the Startup Genome report is the empirical rigor it brings to this in its “global startup sub-sector analysis.”

There, we see that various sub-sectors classified as Deep Tech (AI, agtech, blockchain, advanced manufacturing) are growing rapidly in funding, exits, and startup creation. Interestingly, fintech, edtech, and gaming all enjoyed a resurgence in the last year and a half. This has to be due to COVID, as the shift to virtual work and education drew founders and investors to new opportunities. Prior to the pandemic, Startup Genome classified edtech and gaming as sub-sectors in decline.

The vibrancy of areas such as fintech and AI certainly reflects the continued spread of software to all facets of life. Another way to look at it, which PitchBook does in its analysis, is of growing concentration. Software is not just growing in terms of attracting venture funding but also edging out other areas, such as IT hardware and energy. That industry concentration is accompanied—and driven—by concentration within the venture industry. According to PitchBook, in 2009 the top 1% of active firms participated in one-quarter of VC deals. By 2020, that figure was 41%.

One percent of venture firms, 41% of venture deals. Concentration such as this might actually be another theme within the startup economy.

I recently had a chance to visit with Dan Breznitz, author of the new book, Innovation in Real Places. Using ample amounts of data and many examples, Breznitz argues against economic development strategies premised on (attempted) imitation of Silicon Valley. The next column in this space will dig deeper into Breznitz’s ideas, but I had his voice running through my head as I reviewed the 2021 GSER.

The GSER is intended, in part, to celebrate and document and promote the “democratization of startups.” The astonishingly large global dimension of the startup economy is testament to that mission.

Yet some findings in the GSER might be seen as red flags. For the first time since 2015, startup ecosystems in North America (meaning mostly the United States) accounted for half of the top ecosystems in the world. That share had fallen in 2017, stayed almost flat in 2019, and fallen again in 2020. More startlingly, the top seven startup ecosystems—Silicon Valley, London, New York City, Beijing, Boston, Los Angeles, and Tel Aviv—accounted for a combined Ecosystem Value of $2.2 trillion. The other 33 ecosystems that round out the top 40 have a combined Ecosystem Value of $942 billion.

Taking that global startup economy value of $3.8 trillion, this means all the other 200+ startup ecosystems across the entire world that are included within the GSER are worth about $700 billion in Ecosystem Value.

The same distribution is found within the United States, where just four regions—New York, Silicon Valley, Los Angeles, and Boston—account for half of all U.S. venture deals, every single year.

Even as celebrate the truly global nature of startups and the growth of startup activity in Latin American Africa—as the GSER rightly does—we must continue to seek ways to democratize the value creation and economic contributions of those startups.