Cambo, a Proposed Oil Field, Is Drawing Controversy in U.K. 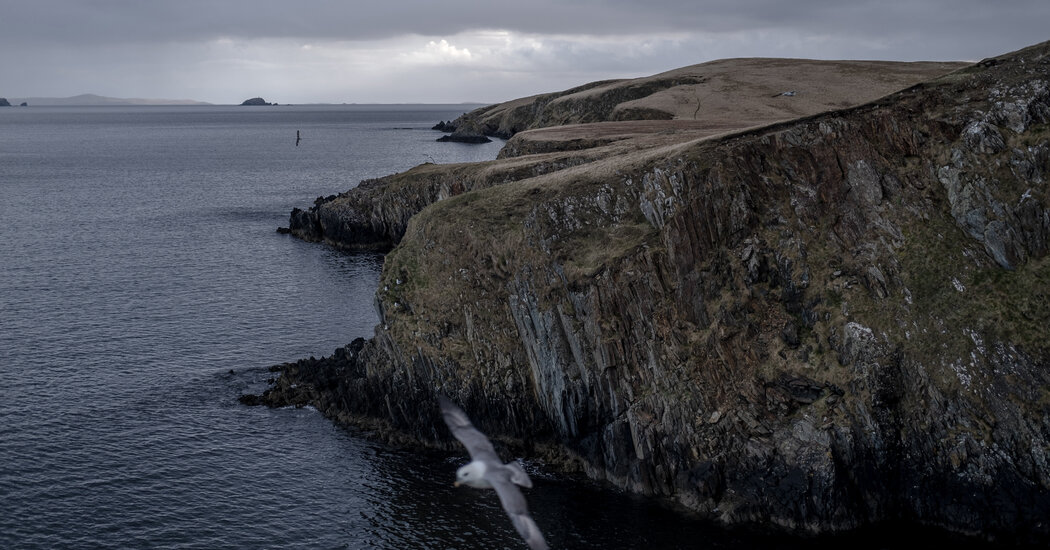 What is Cambo? It’s a proposed oil field deep underwater off Scotland that has become an intense focus of environmentalists and the energy industry.

LONDON — A once-unremarkable patch of ocean floor in deep waters northwest of Scotland’s Shetland Islands has become a crucial test case for the British government, environmental groups and the oil industry.

An energy company says there is valuable oil and gas to be extracted from the site, but it needs the government’s approval. Environmental activists want to stop the project and have seized on Britain’s role as host of a major United Nations climate conference in Glasgow this month as an opportunity to confront the government over its continued support for the oil and gas industry.

The government, so far, is keeping quiet.

Offshore oil drilling projects like this used to be approved routinely in Britain. Over the last half-century, oil platforms became a regular site in the North Sea, generating revenue, jobs and some energy independence for Britain.

This project, called Cambo, came into the spotlight in June when a company called Siccar Point Energy submitted a request for approval to the government. One of the company’s main backers is Blackstone, the Wall Street fund management giant. Siccar Point owns 70 percent of Cambo, and Royal Dutch Shell the rest.

Environmental organizations like Greenpeace and Friends of the Earth say it would be inconsistent for Britain to claim leadership on climate issues while still approving new oil fields. They have waged a campaign that has included demonstrations like sending kayakers near a ship in Norway that they thought was trying to start work on the project.

Senior government officials, including Prime Minister Boris Johnson, have not tipped their hand but have tried to portray the approval process as a regulatory matter moving through the Oil and Gas Authority. Ultimately, though, it is likely to be a political decision.

“Rejection of Cambo would actually say we are not serious about energy policy in the U.K.,” said Mike Tholen, director for sustainability at Oil and Gas UK, an industry group.

For Caroline Rance, a campaigner for Friends of the Earth Scotland, “Cambo is a very egregious example of the U.K.’s climate hypocrisy,” she said, speaking in a telephone interview from near the COP26 conference. “This is the reason that Cambo has become such a big, iconic fight.”

Here is more about this project, and the implications of the decision on whether it should be approved.

Cambo is an oil field, discovered in 2002, in a region of the North Sea that has produced some of the largest finds in British waters in recent years. The field holds an estimated 800 million barrels, and Siccar Point says it would deliver 170 million barrels of oil and natural gas over a 25-year lifetime, making it a relatively large field for Britain.

Cambo (the name apparently refers to a village in Northumberland, Siccar Point said) has probably not been developed to date because of the region’s rough weather and the cost of drilling in deep water; it’s more than 3,000 feet deep in that area.

What would be the economic impact?

Siccar Point says it would invest about $2.6 billion into the project over the next five years if it were approved, creating 1,000 jobs in Britain. The company says it has spent about $190 million on it already since it acquired the rights to the field in 2017.

Environmental campaigners are skeptical, saying that much of the construction work for the oil field is likely to be performed in other countries.

Would Cambo cause environmental damage?

Yes. Siccar Point says the project would send the equivalent of 134,000 tons of carbon dioxide into the atmosphere per year, equal to less than 1 percent of all the emissions caused by producing oil and gas in Britain, the company said.

But those figures do not include the much larger volume of emissions produced when the oil and gas is burned, a point stressed by organizations like Greenpeace UK.

What impact would rejecting Cambo have?

The argument in favor of developments like Cambo is that Britain still needs oil and gas, and so it makes more sense to produce these fuels from the North Sea, creating jobs and supporting the local economy, than to import them. Also, Britain has embarked on a program to reduce the substantial emissions that oil and gas operations produce; imported oil and gas wouldn’t fall under those regulations.

On the other hand, environmentalists say that they could be on the verge of a major victory in the fight to halt the warming of the atmosphere — if not on Cambo, then in the future.

“We want to change the law so there can be no new applications coming forward,” Ms. Rance said, “and move towards a phase-out of oil and gas.”