Home Entrepreneur Breaking Her Way Out of the ‘Shecession’
Entrepreneur

Breaking Her Way Out of the ‘Shecession’ 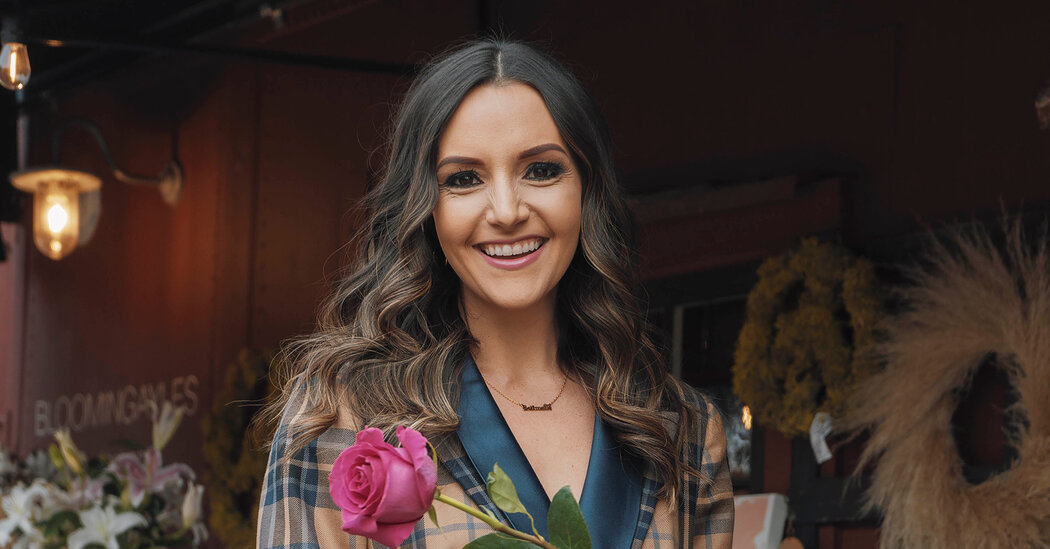 The pandemic has caused huge job losses among women. A program called Selfmade aims to help by teaching entrepreneurial skills.

When Jackie Grandchamps, 40, a marketing manager in Brooklyn, was furloughed by American Express Global Business Travel in April of last year, she collected unemployment and thought about reviving her passion project, a small-batch skin care line called Cecile’s.

But after playing it safe for 14 years in corporate America, she didn’t know how to start her own business or even build a website. Which is how she found herself on a Zoom meeting with 200 other women last year, after she enrolled in Selfmade, a 10-week entrepreneurship course started last summer by Brit Morin, the founder ofBrit + Co, an online platform that offers lifestyle content and business courses.

In that Zoom meeting, Ms. Grandchamps took notes at her kitchen table as Majo Molfino, the author of“Break the Good Girl Myth, talked about becoming a female entrepreneur.

“From the moment I logged into the classes, I’ve become a different person,” said Ms. Grandchamps, who was recently featured in a T-Mobile advertisement as a small-business owner. “It actually lit a fire in my soul. I’ve emerged with courage and a boss attitude that I haven’t seen in myself in a decade.”

More than 1,000 women have completed the program. They range from 16 to 51 years old, and are from diverse backgrounds — stay-at-home mothers, burned-out executives, women laid off during the pandemic. More than half have been women of color.

Although Brit + Co is based in San Francisco, all Selfmade sessions are held online; the course costs just under $2,000. Each week, there is a one-hour lecture led by a female entrepreneur (Miriam Naficy, Shiza Shahid and Gwyneth Paltrow have given talks); a one-hour seminar to review the week’s assignment; and one-on-one coaching to address individual challenges, like time management for mothers.

Ms. Morin thought up Selfmade a little more than a year ago, when she was home-schooling her 4- and 6-year-old sons, and was reading articles about how the majority of jobs lost in the early weeks of the pandemic belonged to women. Economists were calling it a “Shecession.”

Troubled by the downturn, Ms. Morin made all of Brit + Co’s online classes free temporarily — some 130 entrepreneurial classes on topics like “Create a Winning Instagram Strategy” and “Design Your Own Font.”

“Helping women find their passion has been my mission since the beginning, but it took a pandemic and skyrocketing unemployment rates for me to get frustrated enough to finally do something about it,” Ms. Morin, 35, said. “If I know anything, it’s how to help people start businesses and make their own money.”

Ms. Morin’s own entrepreneurial journey started at 25, when she quit her product marketing job at Google to start Brit + Co. She also hosted a podcast called“Teach Me Something New” and helped found Offline Ventures, a seed fund that invests in early stage technology companies.

Enrollment in Brit + Co’s classes spiked after Ms. Morin made them free. Soon after, she designed Selfmade, in part to address the particular self-doubt that haunts some female entrepreneurs. The program’s first week is led by Ms. Molfino, who teaches students how to undo the social conditioning of being good and perfect instead of powerful.

“Women disproportionately don’t think they can do it,” Ms. Morin said. “They think they’re not experienced or smart enough, they don’t have the right ideas, have too many ideas, or it has to be perfect.”

That lesson was invaluable for Teralee Armbruster, 50, a user experience design consultant in Northfield, Minn., who realized that perfectionism and putting everyone before herself was holding her back. “Once I became aware of that and let my guard down, things started to happen for me,” she said.

When Ms. Armbruster’s consultant work slowed in 2020, she focused on a side business, Punchy Magnolia, which makes Canadian toque hats made from old cashmere sweaters. “I thought no one was going to buy a $140 cashmere hat in a pandemic, but fall 2020 was my busiest season ever,” she said. She is enrolling in Selfmade again for her next venture: a CBD-infused fruit snack called Salty Birch.

For Candice Walsh, 40, a medical device sales executive from Atlanta, Selfmade not only gave her a confidence boost, but also a sense of community. Last April, when her sales work came to a halt, Ms. Walsh decided to use the time to focus on one of her small-business ideas: a travel organizer for children’s toys that she calls NugLug.

“With Covid, we weren’t allowed to go into the hospitals for sales calls, and it allowed me to make some of the ideas I had a reality,” she said.

But she had no clue how to get a company off the ground, so she signed up for Selfmade after seeing an Instagram post about it.

NugLug is currently in the prototype phase, thanks in part to a scholarship from Cobalt, an idea development company in San Francisco that she discovered through the program. “Now I believe that anything is possible.”

A town in Durham Region has declared a state of emergency following a deadly storm that lashed southern Ontario with dangerously high winds, rain...
Read more

Self-Honesty is the Key to Productivity for Entrepreneurs

Opinions expressed by Entrepreneur contributors are their own. Running a small business can be tough. I have seen many business owners attempt to juggle more...
Read more